Who is running for US president in 2020?

But who are the Democrat, Republican and Independent candidates running in the election next year? This is what we know so far. 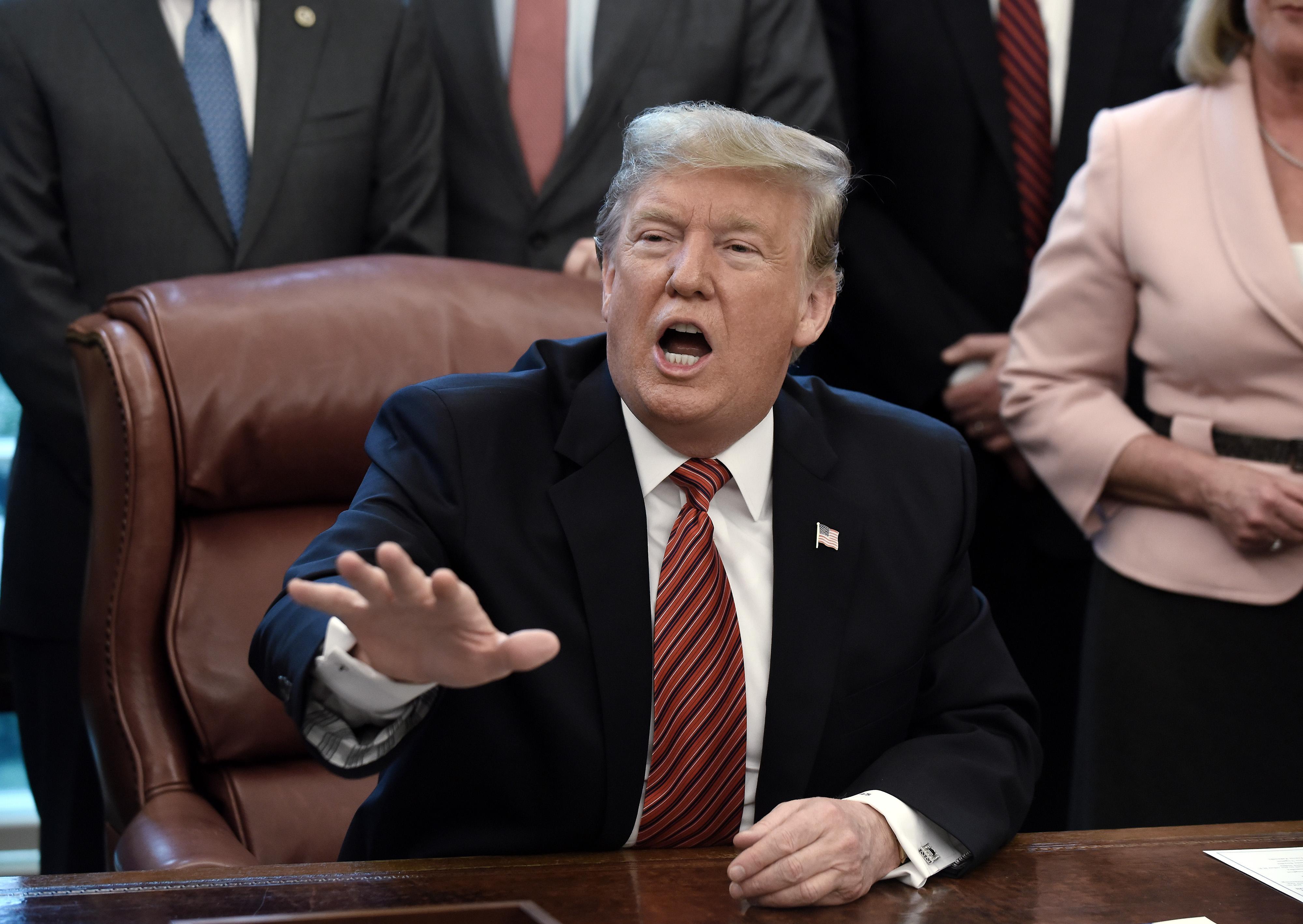 Kamala Harris is an American attorney and politician who is currently serving as the junior US Senator for California since 2017.

The 54-year-old was born in Oakland, California and is a member of the Democratic Party.

Harris previously served as the 32nd Attorney General of California from 2011 to 2017, and as District Attorney of San Francisco from 2004 to 2010.

On January 21, Harris declared she will run against Trump in the 2020 elections.

Vowing to “bring our voices together,” Harris would be the first woman to hold the presidency and the second African-American if she succeeds.

Previously, she said the US is “absolutely” ready for a woman of colour to be president.

She made her long anticipated announcement on January 21 on ABC’s “Good Morning America,” saying: “I am running for president of the United States,” she said. “And I’m very excited about it.” 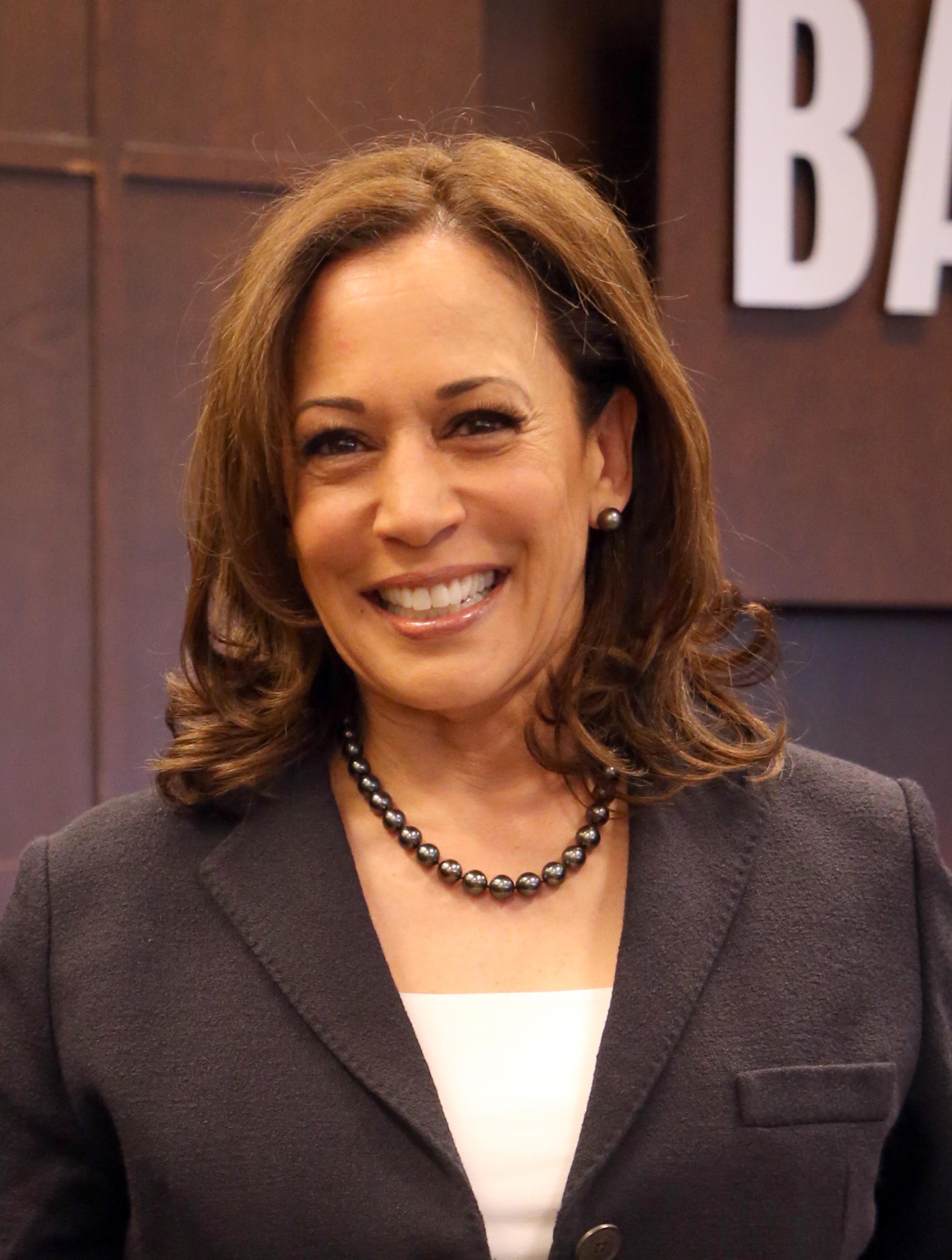 Elizabeth Ann Warren is a senator for the state of Massachusetts.

She served as the Assistant to the President under Barack Obama.

Warren, 70, became the first female US Senator from her state in 2012 after defeating incumbent Republican Scott Brown.

She is known for her progressive political views and supported Clinton during the 2016 US election.

The senator has announced she will run for president on February 9, and on December 31, 2018 she formed an exploratory committee to run in 2020. 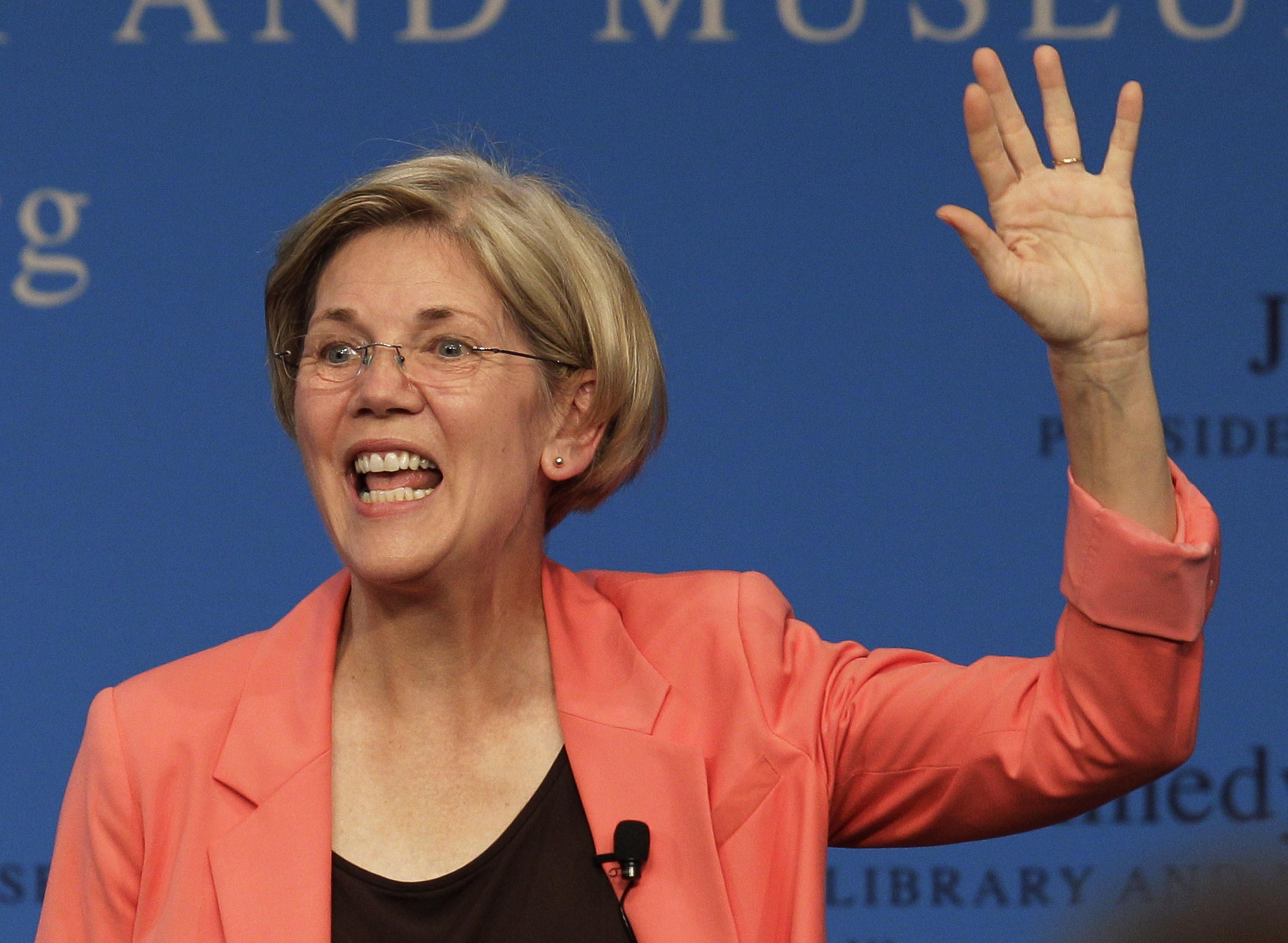 Gillibrand was born in the state of New York and has been serving as the junior US Senator from New York since 2009.

She also previously held the position of US Representative for New York.

The 51-year-old is a very likely candidate, but her relationship with the Clinton's is a big and potentially harmful subplot.

Gillibrand visited New Hampshire and Nevada and is endorsing progressive policy positions such as abolishing ICE and a federal jobs guarantee.

She was previously considered a relatively conservative Democrat, but steered left on issues such as gun control and immigration.

She announced her candidacy on January 15. 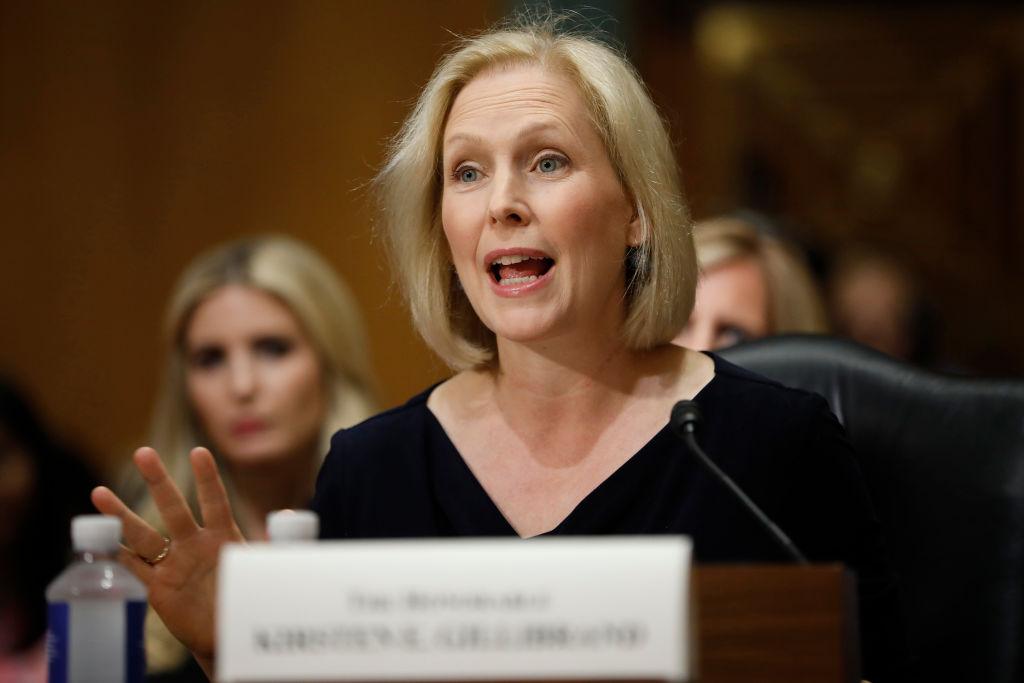 Former vice president Joe Biden has been vocal about his qualifications to be president.

During a book tour event at the University of Montana last month he said: “I think I’m the most qualified person in the country to be president.

“The issues we face as a country today are the issues that have been in my wheelhouse that I’ve worked on my whole life.”

Biden, 76, was awarded the Presidential Medal of Freedom by Obama in 2017.

During his term as vice president, Biden’s son Beau died after a two-year battle with brain cancer.

He has been reported to considering a presidential run and a CNN poll has said he would be one of the most popular Democratic candidates. 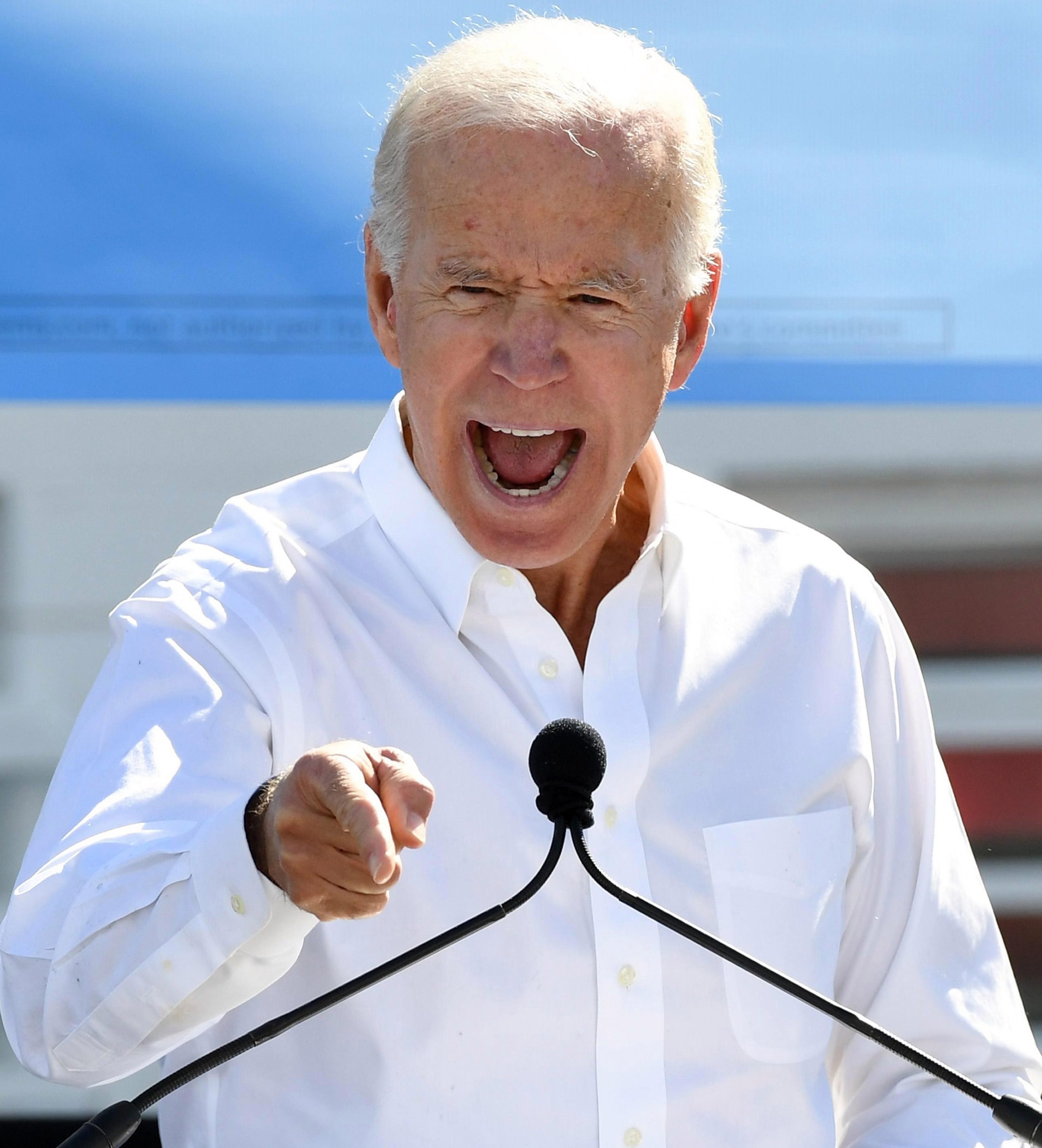 The representative from Hawaii formally announced she will seek the Democratic nomination in 2020 on January 11, 2019.

She is the first Samoan-American and Hindu member of the US Congress.

The 37-year-old served in the Hawaii Army National Guard in a combat zone in Iraq from 2004 to 2005, and was later deployed to Kuwait.

Political experts worry that her previous comments and opposition to marriage equality could become one of the biggest talking points of her campaign.

She has drastically changed her views and supports LGBT rights.

However, she also controversially met Syrian dictator Bashar Al-Assad and does not support ousting him. 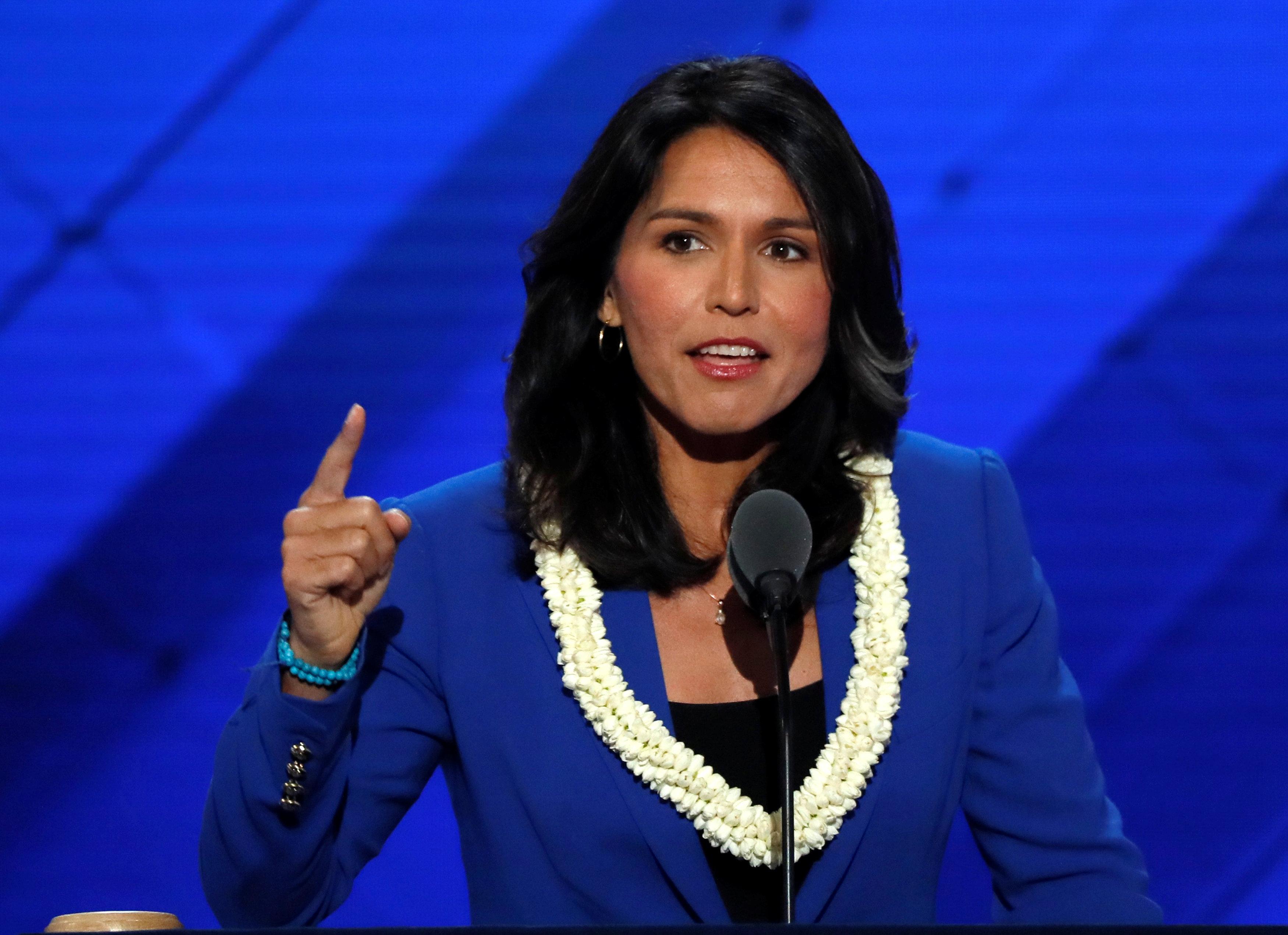 Former Housing and Urban Development Secretary for Barack Obama, Julián Castro started his political career when he was just 26.

He served as San Antonio elected in 2009 and was considered for the role of Hilary Clinton's running mate in 2016.

Castro calls himself the "antidote for Trump", especially on issues like immigration.

Speaking to a crowd of supporters in San Antonio, near the southern border, Castro said: “Donald Trump has failed to uphold the values of our great nation.

"We have to have border security … but there’s a smart, and a humane way to do it. And there is no way in hell that caging children is keeping us safe.” 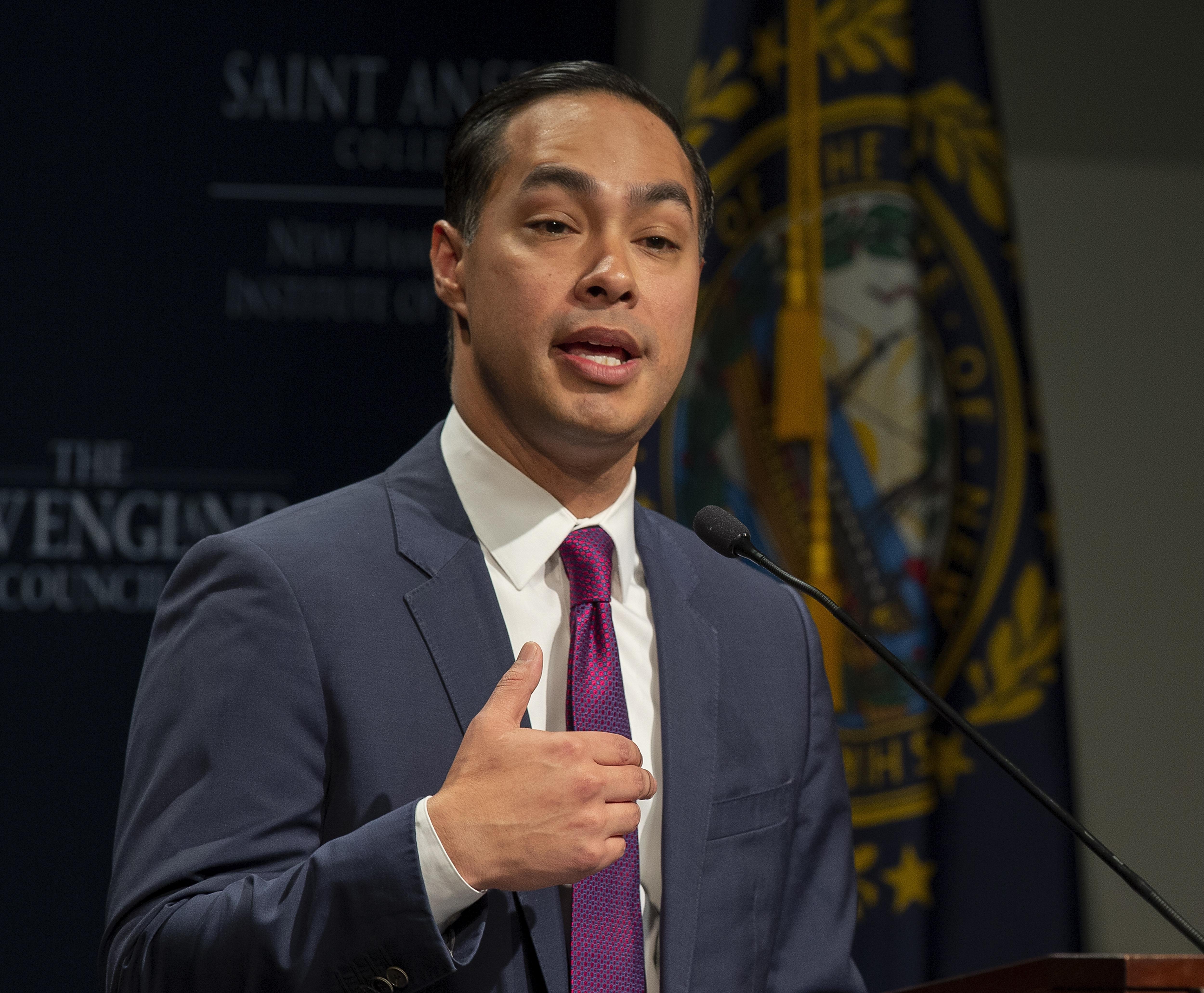 The US senator from Minnesota declared her candidacy on February 10.

She has been a senator since 2007 and was previously the Hennepin County Attorney.

Klobuchar has been a supporter of abortion rights, LGBT right and of Obamacare.

In the run up to her announcement she would be running for president, her reputation for niceness suffered a blow when it emerged three staff members resigned over alleged mistreatment.

According to the Huffington Post, Klobuchar is demeaning and would humiliate staff in emails cc’d to their colleagues.

A spokesman, however, said she “loves her staff ― they are the reason she has gotten to where she is today” adding that many “have been with her for years”. 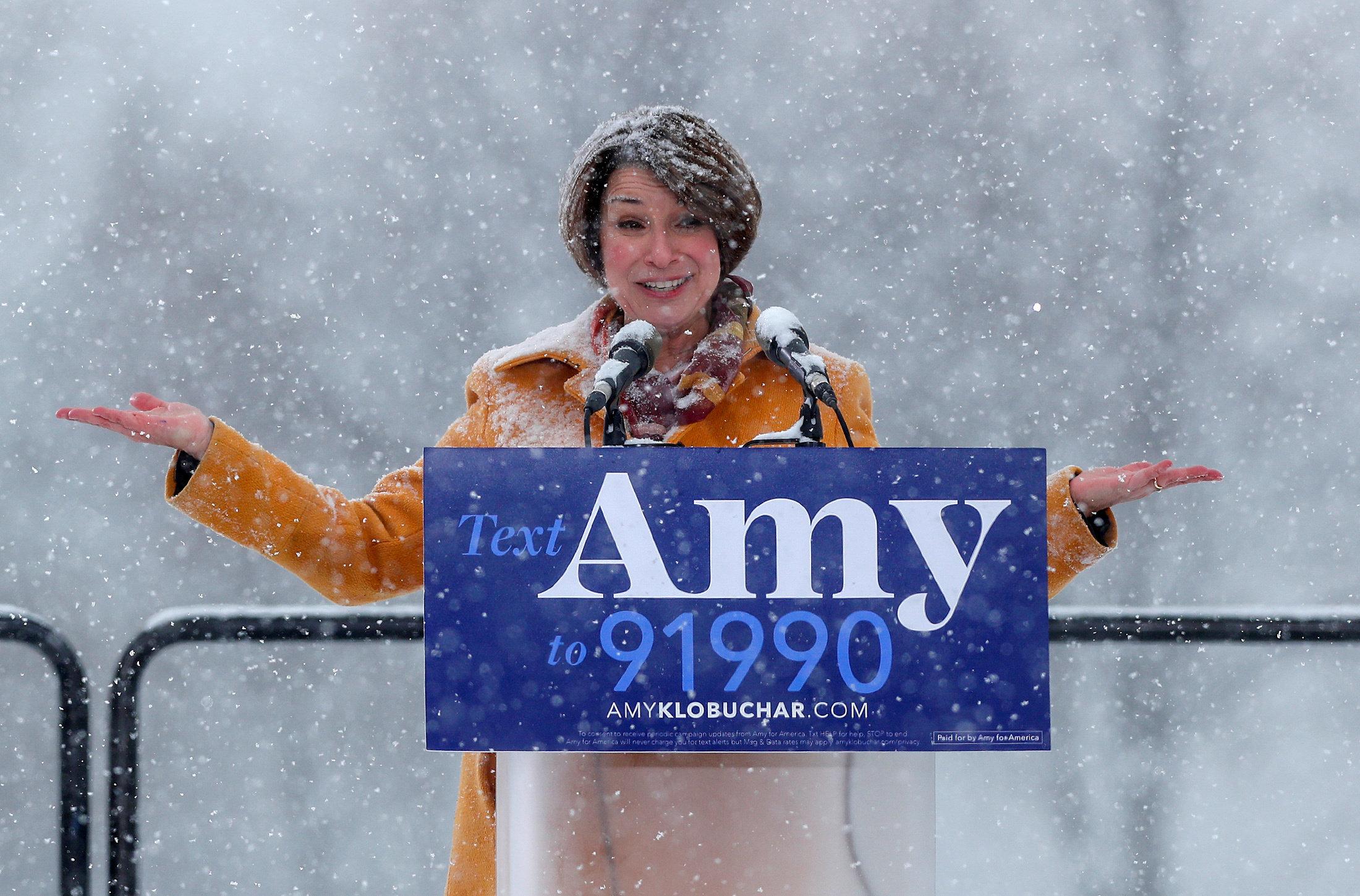 The current US president Donald Trump has said he will run for president again next year.

Sarah Huckabee Sanders, former Deputy Press Secretary said "of course he's running" in June 2017 and it was confirmed in February 2018.

Brad Parscale will be the 72-year-old's campaign manager after a successful stint leading his digital strategy in 2016.

Ladbrokes puts Trump’s odds of winning the next election at 2/1.

Most recently he said he wasn’t worried about potential candidates during an interview with Fox News’ Jeanine Pirro.

He said: “I’m not worried. So far, I love competition. I love what I see.”

Trump won the US election with 306 pledged electoral votes and he received a smaller share of the popular vote compared to Hillary Clinton. 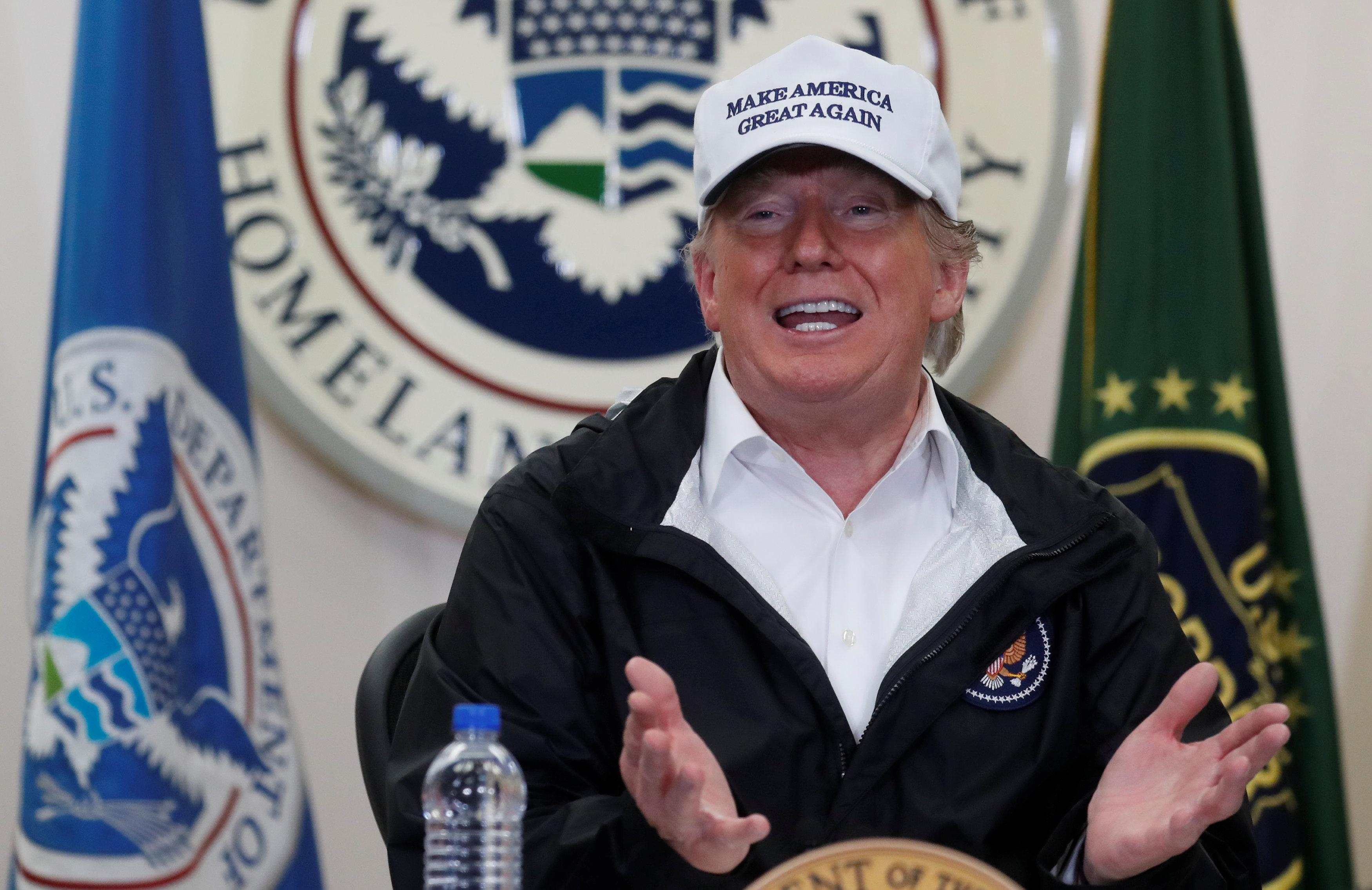 The author and TV personality has expressed interest in running against his fellow Republican Donald Trump.

Kasich also worked as an investment banker and was a managing director of the Lehman Brothers office in Ohio.

When he sought the Republican nomination in 2016, Kasich only received one electoral vote.

He does not support president Trump and refused to attend 2016 Republican National Convention, held in his own state. 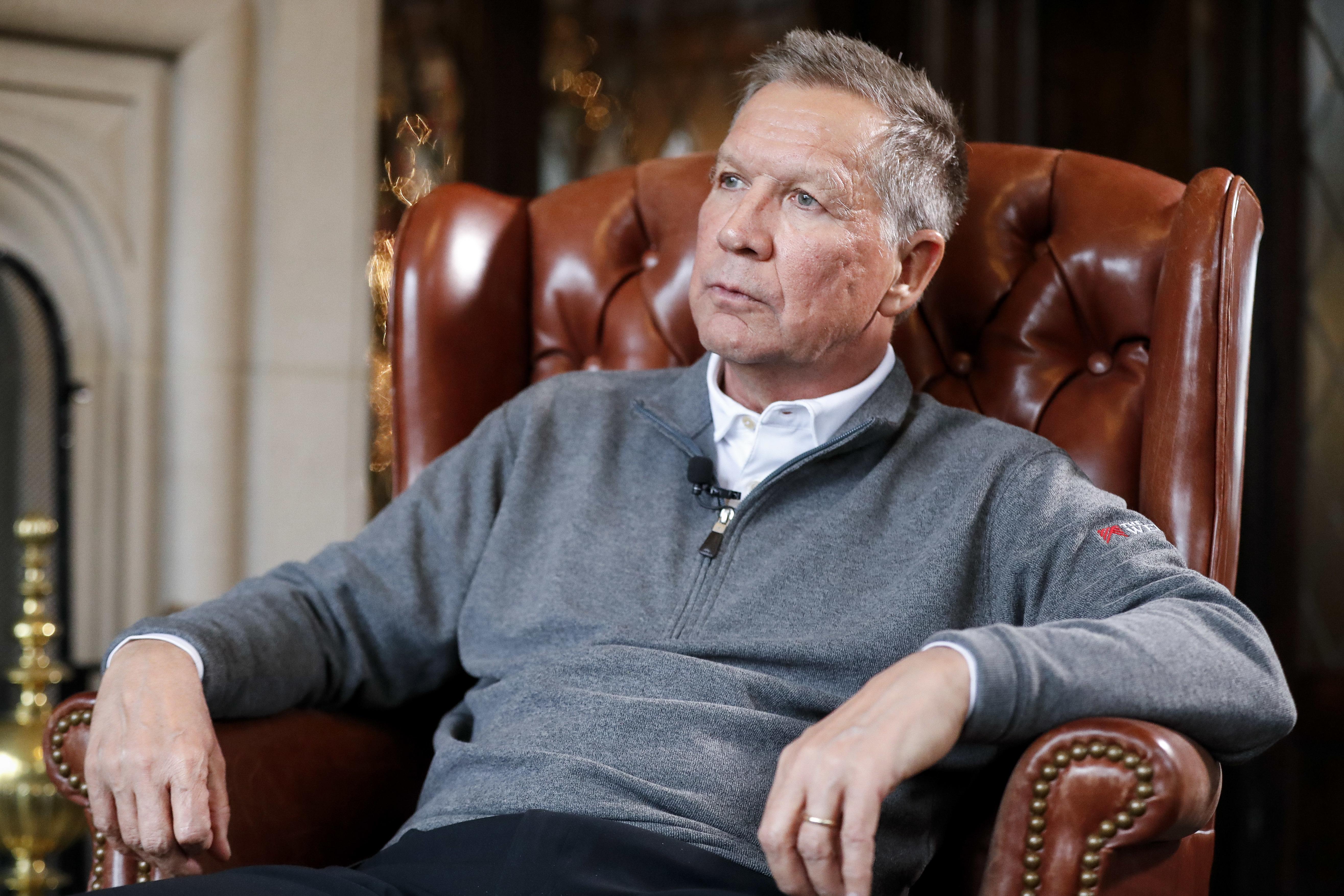 Former Chief of Staff to Vice President Dan Quayle from 1989-1993, Bill Kristol has also expressed interest in running for president next year.

He's the founder and former Editor-at-Large of defunct political magazine The Weekly Standard and a political commentator on many networks.

Kristol, like Kasich, is a critic of the current president, referring to the current government as the "Trumpified Republican Party" – as he wants to see a return to the Republican values he supports.

He was a leading proponent in the Iraq war, sending a letter to Clinton in 1998 to encourage a stronger line. 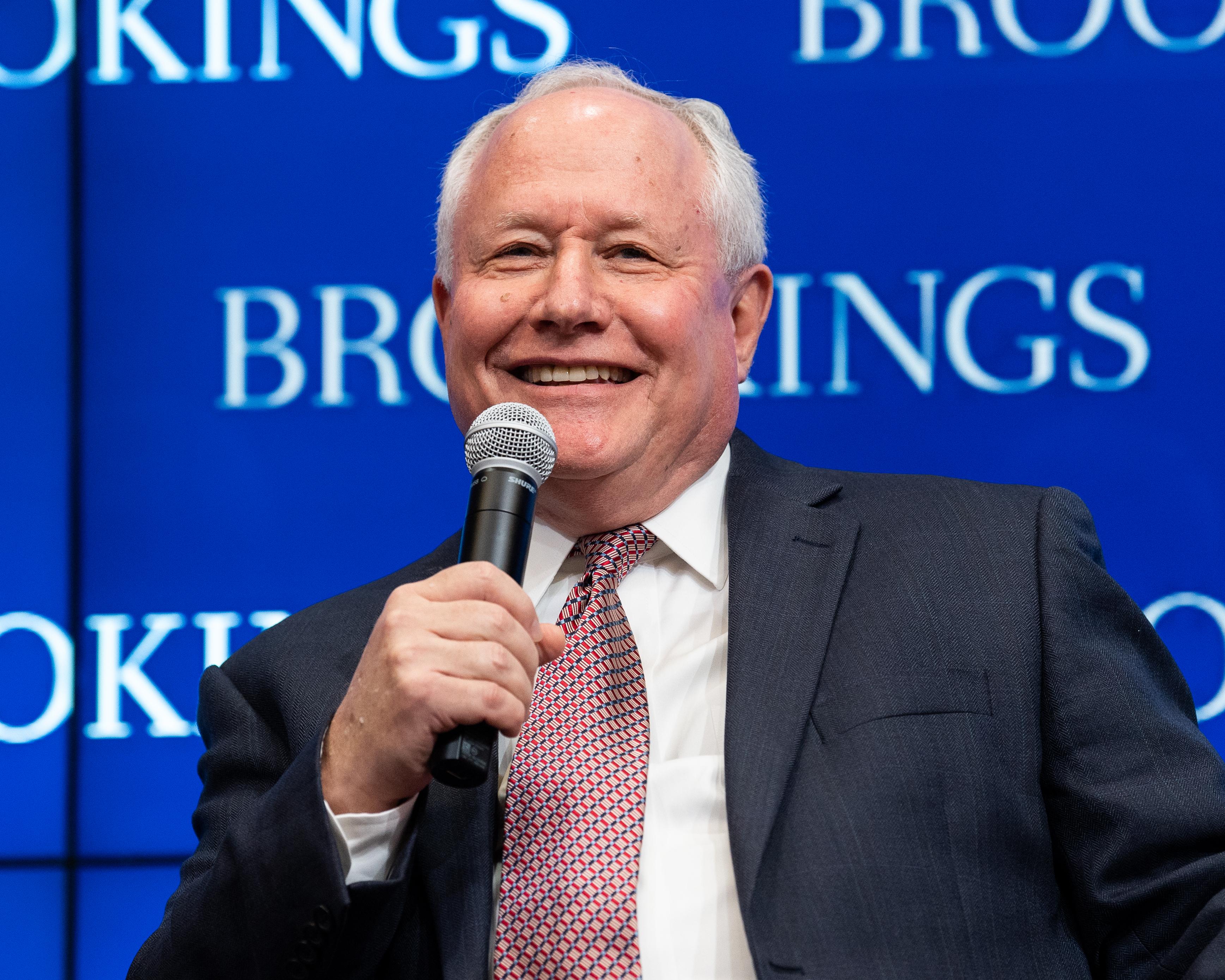 The former CEO of Starbucks Howard Schultz has announced his interest in running for president in 2020 as an independent candidate.

A person close to Schultz's advisers said they "are exploring a possible independent bid for the presidency in 2020."

Schultz stepped down from his position as CEO of the coffee chain last year, and said it could be due to a White House bid.

He too is a staunch critic of Donald Trump accusing him of "vitriolic behaviour".

He said: "President Trump has given license to the fact that someone who is not a politician could potentially run for the presidency." 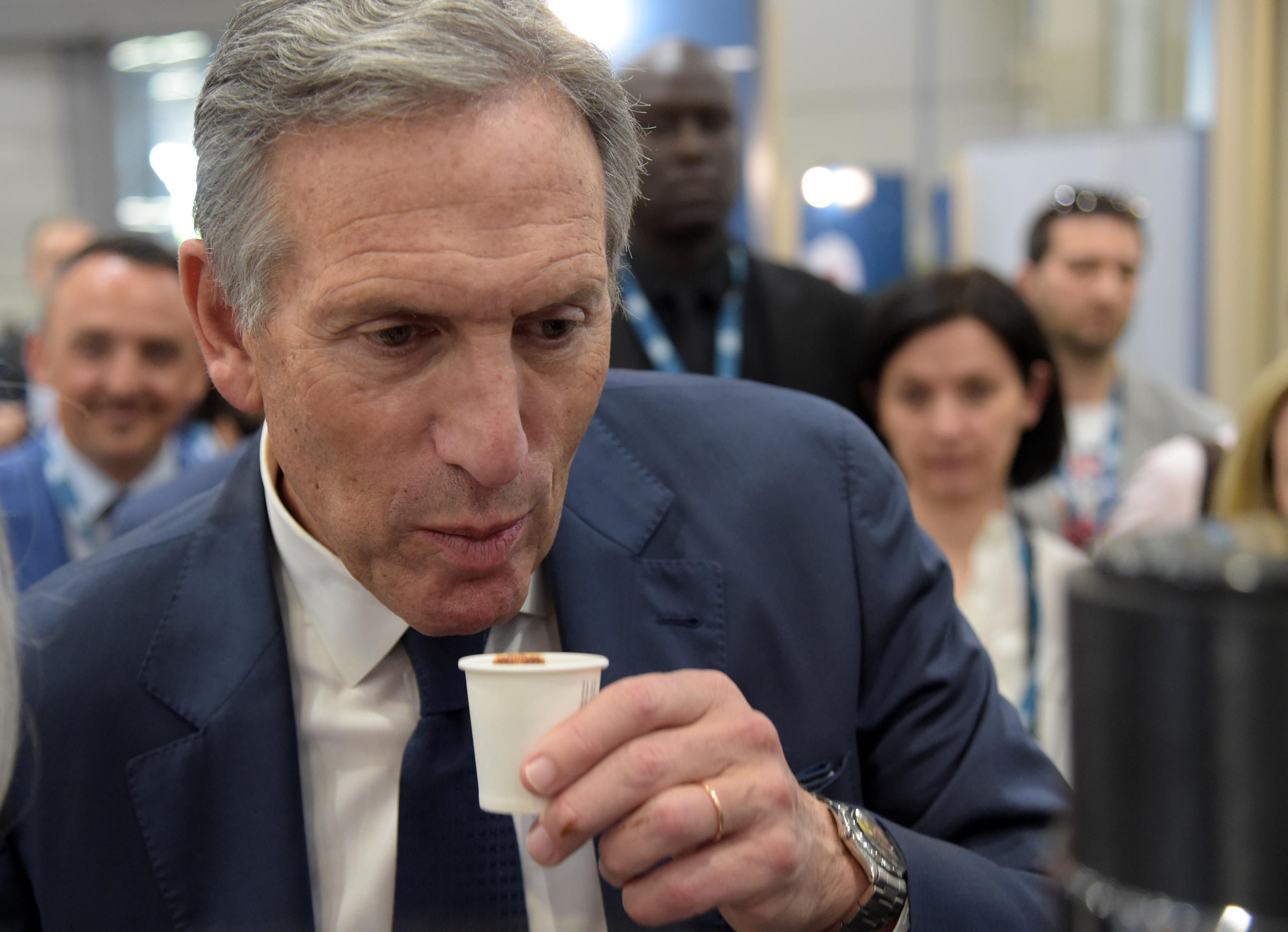 The RnB singer said: “I’ve been thinking about running for 2020 very seriously.”

The 45-year-old claims Trump's stance on immigration makes him anxious and he'd like to change that.

“I feel a lot more unsafe,” he said. “I feel unempowered. Honestly, I feel it’s gonna be a fight. I feel like I should be always prepared for the unexpected. I feel very uncomfortable.” 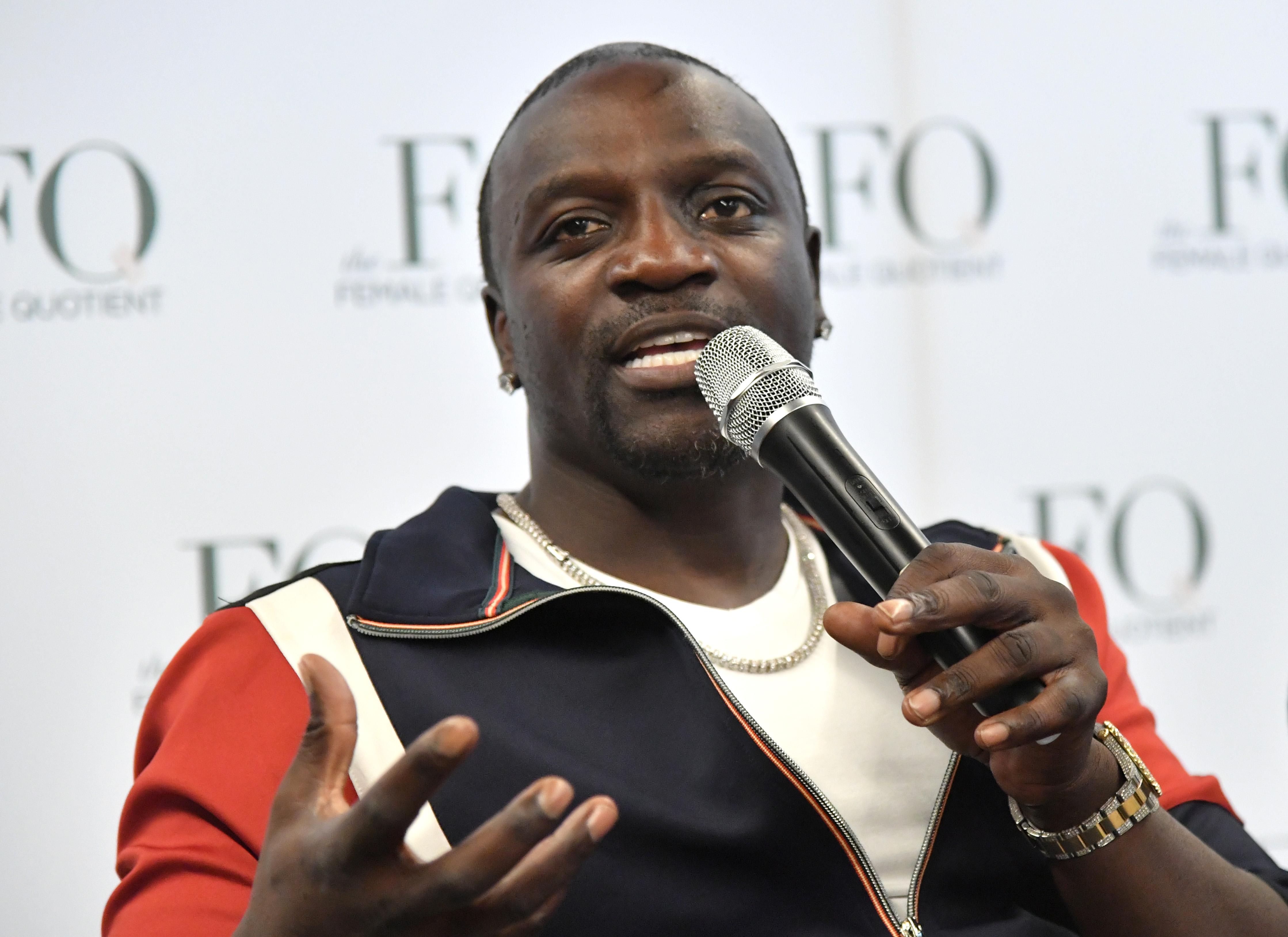