AARON Campbell is the teenage monster who kidnapped, raped and murdered six-year-old Alesha MacPhail on the Isle of Bute in Scotland.

The 16-year-old gamer, who has been described as a serial killer in the making, carried out the depraved and senseless crime in July 2018. 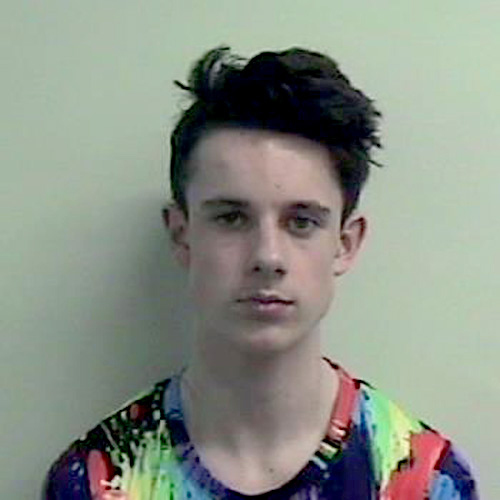 Who is Aaron Campbell and was he jailed?

Former friends of the killer have revealed how he was obsessed with violent video games and even killed and skinned cats.

It has also emerged he allegedly sexually abused a teenage girl and showed off explicit pictures to his friends before the murder.

The sicko – whose girlfriend is standing by him – is understood to have tortured two cats on Bute in 2016 before burying them in his back garden.

An ex-pal told The Scottish Sun: "He was supposedly doing voodoo stuff. I was worried when I heard.

"I never asked him about it. I just thought it was weird. But now I could believe it."

Locals also claim he held another little girl's head under the water at a local swimming pool so long she feared she would drown.

Insiders close to the case said Campbell has no remorse for his depraved crime.

The Sun also revealed how the lad had a twisted fascination with Slender Man – a faceless film monster that abducts kids.

A source said: "He was obsessed with gore and violence, and he was hooked on Slender Man. But he has turned this fantasy into a horrific reality."

His defence lawyer said that Campbell had a history of self harm, depression and anxiety.

He finally admitted to kidnapping, raping and murdering the little girl telling a psychologist  "all I thought about was killing her" when he walked in on Alesha sleeping after breaking into her home.

Campbell was granted an appeal against his life sentence on May 14. His hearing has been set for August 7 at Edinburgh's High Court.

Alesha's mum hit out after learning he was granted an appeal.

Speaking with Good Morning Britain on May 30, Georgina Lochrane said the appeal shouldn't be allowed to happen.

She said: "I'm disgusted by it – it's not fair. He gets to appeal, where does Alesha fit in?

"She didn't get to appeal against being murdered."

The 24-year-old mum added: "They shouldn't be allowed to do it. They're allowed to cause more pain, and that's not fair."

Some investigators have claimed Campbell lacked empathy and was a serial killer in the making who would have struck again.

A source said: "His dad told close friends years ago his son has no empathy. He doesn't have feelings for anyone else.

"He was carrying a knife from first year and his mum had to go to school daily for a report on what he'd been up to."

The twisted teen, who would lock himself away for hours playing computer games such as Fortnite, had ambitions of studying engineering at university.

His mum said her evil son was "addicted" to gaming.

She said: "He would lock himself away until about 2am on Fridays and Saturdays. He'd be up all night on that computer and sleep all day." 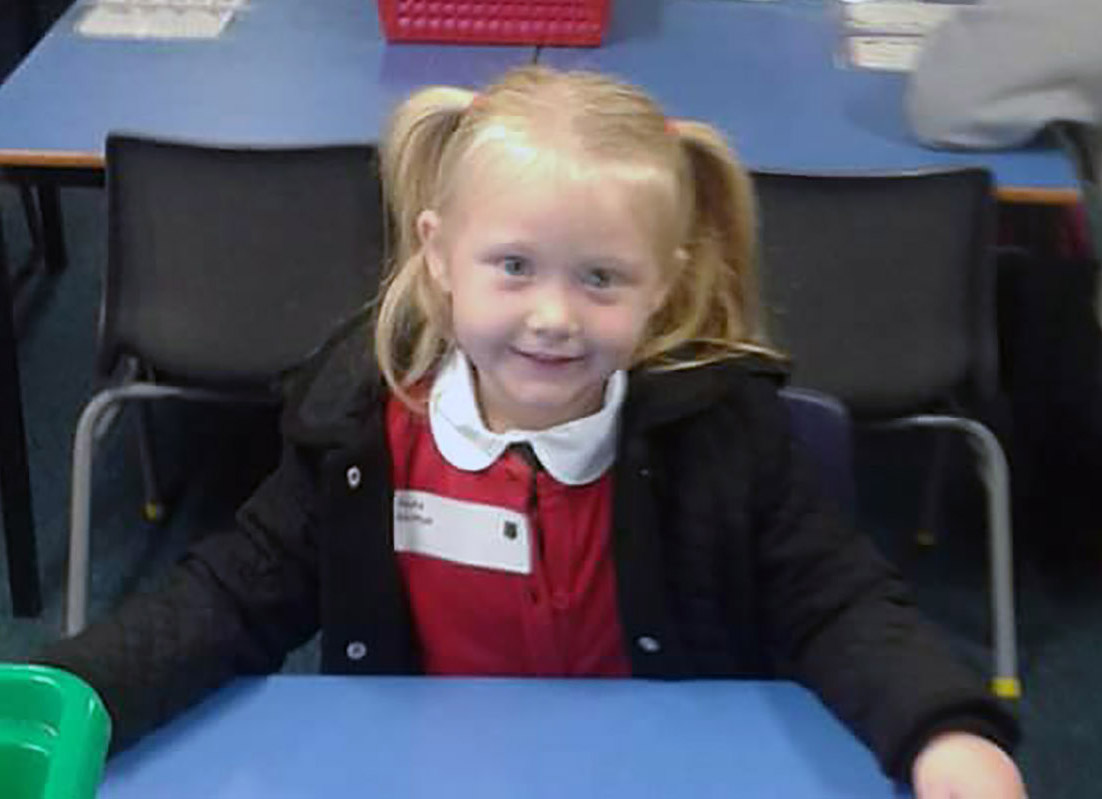 What happened to Alesha MacPhail?

Little Alesha, six, was staying with her dad and grandparents on the Isle of Bute when Campbell snatched her from her bed.

The schoolgirl suffered "catastrophic" sexual injuries after being raped and strangled by the maniac.

Jurors at the High Court in Glasgow found the beast guilty, the killer – drunk from a house party – stole a knife from his mum's kitchen and entered the home where he swiped Alesha from her bed.

A "shadowy figure" was later captured on CCTV carrying a mystery object – believed to be Alesha – across the shoreline at Rothesay on the night that she vanished.

Once at the site of a former hotel, Campbell removed the girl's clothes and shook her "violently" as he covered her nose, mouth and neck with his hands.

Alesha, who was just 3ft 9ins tall, suffered 117 injuries and died from "forceful pressure to her neck and face".

Judge Lord Matthews who presided over the case told the 16-year-old rapist the case was "one of the wickedest and most evil crimes in the history of this court".

Sicko Campbell could be seen returning home about 3.35am in July 2, 2018, going on a second trip out about ten minutes later carrying his jogging bottoms which he threw into the sea and was later recovered on shoreline.

He then returns about 3.52am – leaving again barely five minutes later carrying a torch and jogging.

By 4.07am Campbell is filmed returning again – with Alesha reported missing just hours later at 6.23am.

Speaking to The Scottish Sun, mum Janette Campbell said her heart sank when she saw the footage of him disappearing in the middle of the night – the exact moment Alesha disappeared from her bed.

How was Campbell convicted?

"Billion-to-one" DNA samples matching the boy were found on 14 different parts of Alesha’s body – including intimate areas and her neck, face and ankles.

DNA was also discovered on Alesha’s shorts, pants and vest, with forensic scientist Stuart Bailey saying “traces of semen attributable to the accused" were present.

A fibre from boxing shorts later found on Rothesay beach was also discovered on Alesha’s pants, as well as fibres from jogging bottoms ditched by the killer.

Alesha's mutilated and naked body was found in woods on the Isle of Bute hours later after her devastated family woke up to find she was missing.

Campbell's name will be put on the sex offenders’ register indefinitely.

Why was his right to anonymity removed?

Campbell was revealed as the 16-year-old killer on February 22, 2019, after a judge ruled in favour of a campaign led by the Scottish Sun to remove his right to anonymity.

Under Scots law a convicted criminal cannot be identified until they turn 18.

But such was the severity of the crime, a judge ruled that the evil killer can be unmasked.

Lord Matthews said: "Parliament has provided the court with a discretion to dispense with the prohibition."

He went on: "I can't think of a case in recent times that has attracted such revulsion.

"I intend to grant the application. The press may name the accused and publish images of him.

What happened to Campbell's house?

His home was reportedly smashed up in a late-night vigilante attack.

Cops are probing a "disturbance" at the property on the Isle of Bute, Scotland, according to the Daily Record.

The windows of the detached family home were shattered and a van parked nearby also had one of its windows smashed, reports claim.

Neighbours have slammed the vandals, pointing out that Campbell’s mum Janette had helped snare her own son by calling cops over his suspicious behaviour.

What was his family's reaction?

Campbell hasn’t had a jail visitor in months, with sickened relatives even snubbing his 17th birthday.

Family and friends have abandoned the fiend ever since he finally admitted to raping and murdering Alesha.

Insiders say he has been “left to rot” in his cell at Polmont young offenders nick, near Falkirk, as he faces up to at least 27 years behind bars.

Evil Campbell even spent his birthday alone after mum Janette, 54, and dad Chris, 41, refused to come.

A source said: “Not a single person has visited him since he was sentenced in March 2019.

“He even spent his birthday alone — like every other day.

“Admitting he’d done those terrible things to wee Alesha was the turning point for his family.

"He denied it for months and put her loved ones through hell. He’s evil.”

Fanatic Campbell would lock himself away in his room playing Fortnite as he chased fame as a YouTube gamer.

But as his obsession with video games grew and consumed his life, so too did a morbid curiosity for bloodlust.

The sicko killed and skinned cats on the idyllic Scottish island of Bute before burying them in the back garden.

One pal told The Scottish Sun: “He was supposedly doing voodoo stuff. I was worried when I heard.

“I never asked him about it. I just thought it was weird. But now I could believe it.”