Who will be forced to quarantine and can I upgrade my hotel room?

Who will be forced to quarantine and can I upgrade my hotel room? We answer the vital questions about the Government’s new Australia-style isolation for travellers

Who will be forced to quarantine in hotels?

As a first step, British travellers returning from high-risk countries where new strains of the virus have been detected, such as Brazil and South Africa, will be forced to isolate for ten days in airport hotels.

Foreign nationals are already banned from entering the UK from these places. The Government is looking at widening the hotel quarantine requirement to all arrivals at airports and ports from everywhere around the world, but wants to pilot the process with a smaller group of people first.

Boris Johnson will gather ministers today to sign off on the plans with a decision announced either this afternoon or tomorrow.

What will happen on arrival?

Travellers who face enforced quarantine will be taken by bus to a hotel where they will have to remain for ten days.

Officials have begun talks with hotel groups about block-booking rooms that can be used for isolating.

In Australia, people are required to stay in their room the entire time with security guards patrolling the corridors. Hotel staff are forbidden from cleaning the rooms during a person’s stay. 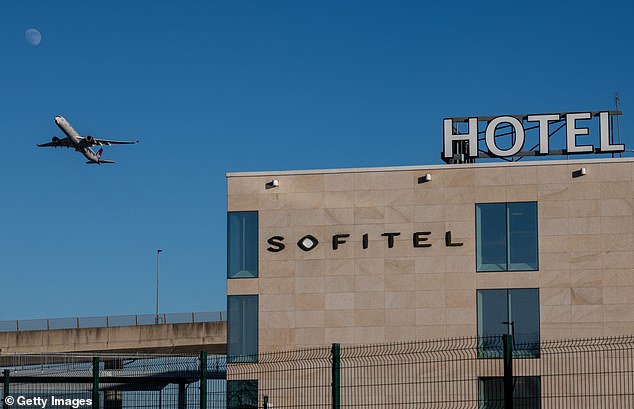 Can you upgrade your hotel?

Travellers will not get a choice of hotel. In Australia, people do not know in advance where they will be staying and are warned there is no guarantee of access to a balcony or open window.

What are you supposed to do all day?

In Australia, exercise outside is not allowed so guests are encouraged to do stretches or yoga in their room.

A guide given to travellers to help prepare for hotel isolation suggests planning different activities to break up the day. Examples given include getting in contact with different friends and family, learning a foreign language on a mobile phone app, trying out a new hobby such as knitting and calligraphy, and catching up on ‘life admin’.

The advice recommends planning ‘rewards’ to look forward to such as a phone call with a loved one or the delivery of a treat. People sharing rooms with partners and family members are encouraged to set ground rules for the stays such as scheduling a time each day when everyone does a ‘quiet’ activity to help avoid disagreements.

Last summer an outbreak of coronavirus in Melbourne was blamed on security guards having sex with guests at one of the quarantine hotels.

Who pays the hotel bill?

The Government will arrange transport for travellers to their accommodation, but they will have to cover the cost of their hotel room, estimated to be about £1,500. The cost of 14 days in a quarantine hotel is £1,692 for an adult in Australia, £1,630 in New Zealand and £642 in Thailand.