Why are flamingos pink?

THERE are around 200,000 flamingos in the world, with the six different species found in wetlands in Asia, Africa, southern Europe, and the Americas.

But have you ever wondered just how these vibrant, long-legged birds get their distinctive pink colouring? 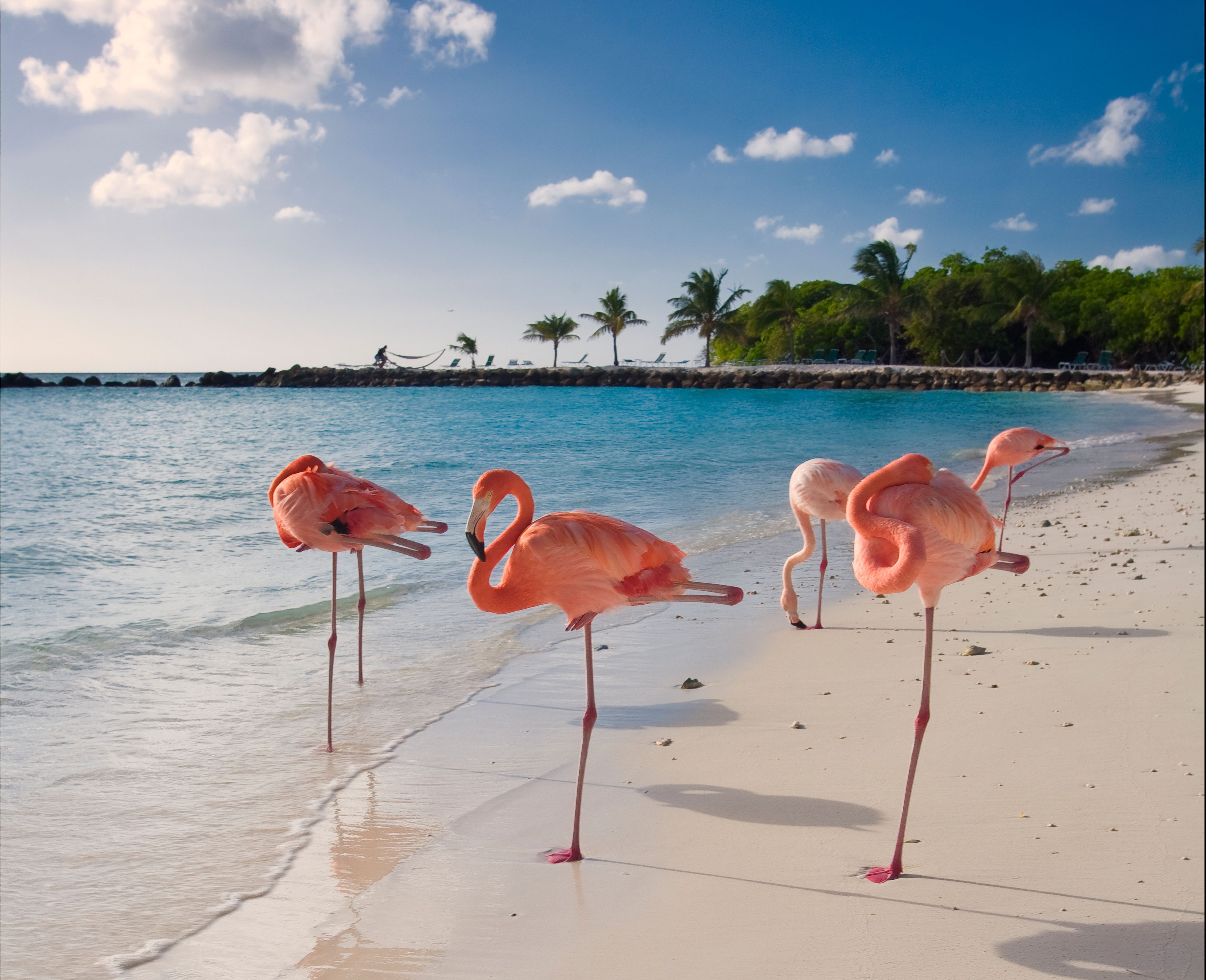 Why are flamingos pink?

Flamingos are best known for the flamboyant spectrum of pink, red and orange colours on their legs, faces and beaks.

And it turns out that flamingos get their unusual colouring because they are what they eat – namely, shrimp, shell-fish, and algae.

A large part of a flamingo's diet is made up of red and blue-green algae – as well as the fishy part of their diet – all of which contains beta carotene, which has a red-orange pigment called carotenoid.

Their digestive system breaks down the carotene, then the red-orange pigment is broken down in their liver and absorbed into fats. 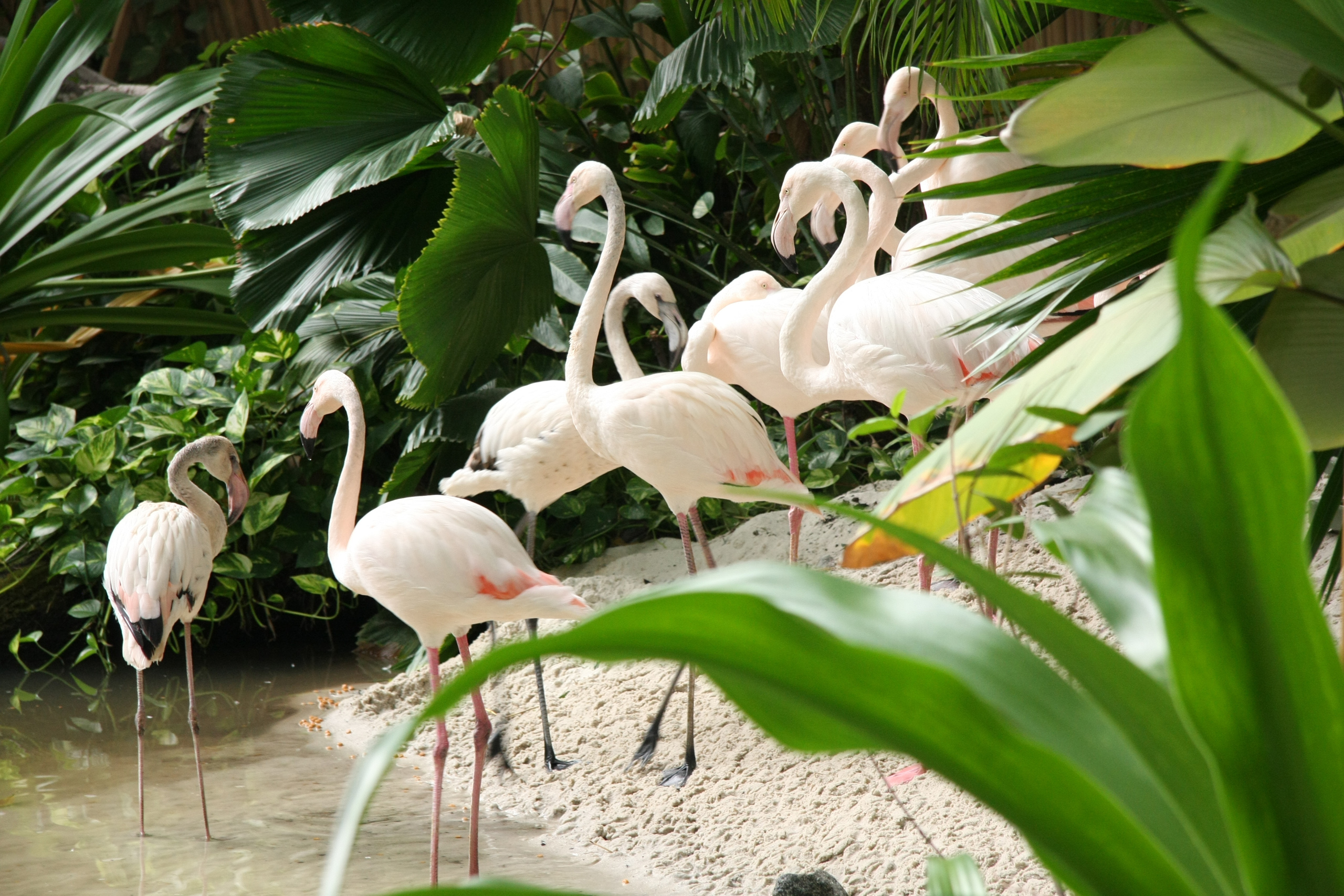 Next the fats are deposited in cells of their skin, feathers and beaks, giving them their spectacular colours.

Zoos replicate the wild diet for flamingos in captivity, sometimes adding in pigment pellets, to keep the birds brightly coloured.

Other birds, such as spoonbills and pink ibis, also rely on carotenoids for colouring, and salmon become pink-coloured this way too.

Carotenoid is also found in carrots, sweet potatoes and spinach. 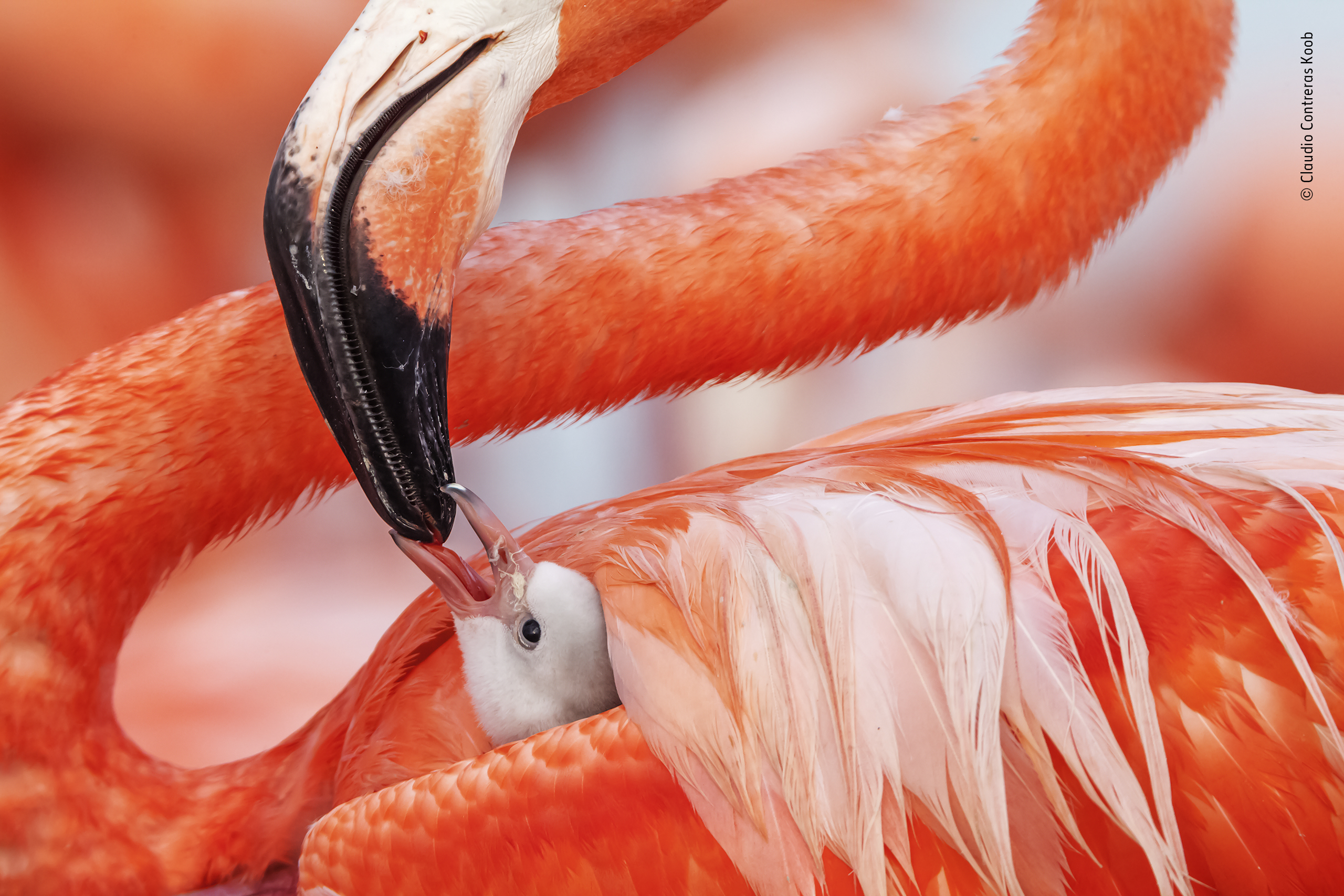 Why are some flamingos not pink?

Flamingos turn pink because they eat algae shrimps and crustaceans rich in carotenoid, which they filter out of the water through their hooked beaks.

Flamingos who are parents can become very pale pink, even white, by the end of the breeding season, because they have used up their reserves making crop milk for their young.

Flamingos are rare among birds for making crop milk. 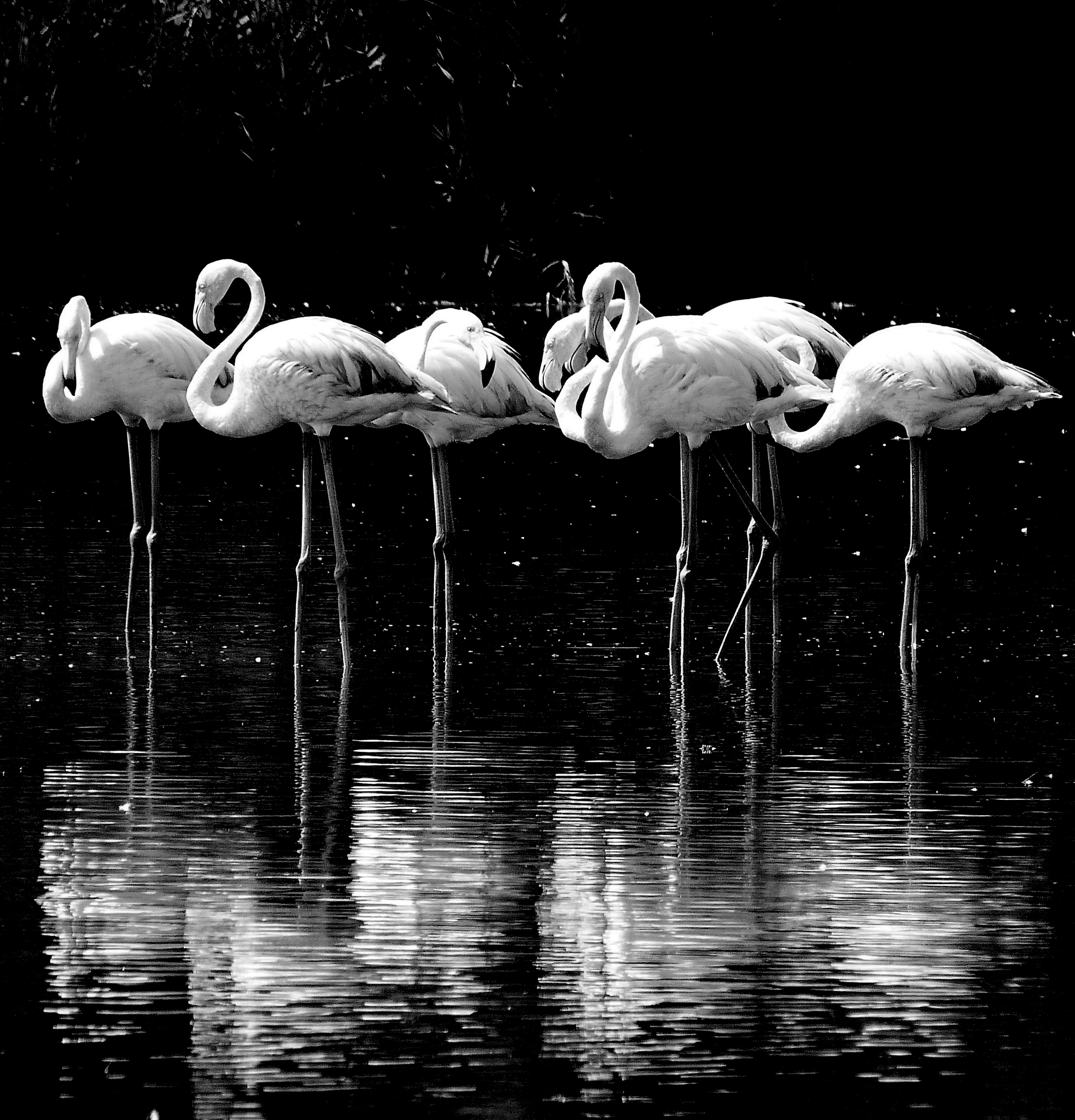 And not all flamingos are pink – it can vary depending on where they live.

For instance, in the Caribbean, flamingos are typically a more flame-like red or orange colour, while those from drier areas are usually much paler.

A rare black flamingo, which gets its colour from a high production of melanin, has been spotted in Cyprus.

But elsewhere, reports of a blue flamingo in South America are thought to be false. 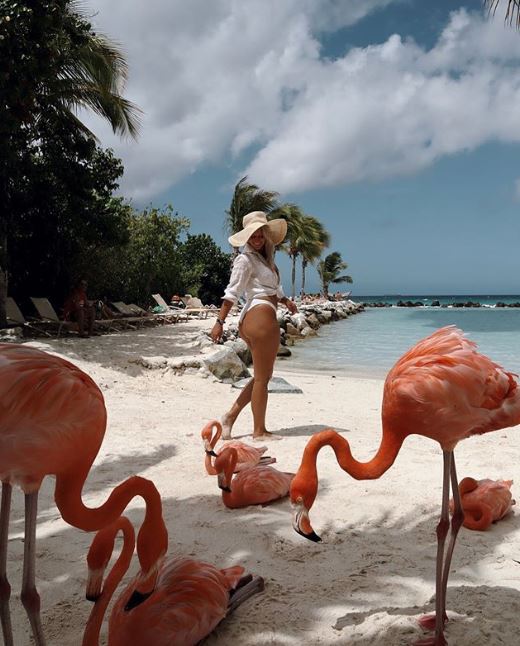 Why do flamingos change colour?

Gray flamingo chicks gradually become pink, first from the crop milk they are fed by their parents, and later from the high-carotenoid flamingo diet of algae and shell fish.

The more carotenoid-rich the flamingos diet. the more orange-red their colour becomes.

This means a flamingo's colour might change if its diet varies over its natural lifespan of 30-odd years.

Flamingos who lack carotenoid in their diet will gradually lose their colour through malting and normal cell death, and these will be replaced with paler feathers, skin and beak cells.

Flamingos can sometimes become pale in the sun, because carotenoids can be bleached out.

One species of flamingo, Phoenicopterus roseus, secretes a pink pigment from their glands when preening so even bleached feathers stay shiny pink.