Why did Kamala Harris wear purple on Inauguration Day?

MADAM Vice President Kamala Harris made history on Inauguration Day for being the first black and Asian woman to hold such a title in US politics.

In addition, she sent a symbolic message through her wardrobe along with former First Lady Michelle Obama, and former Secretary of State Hillary Clinton. 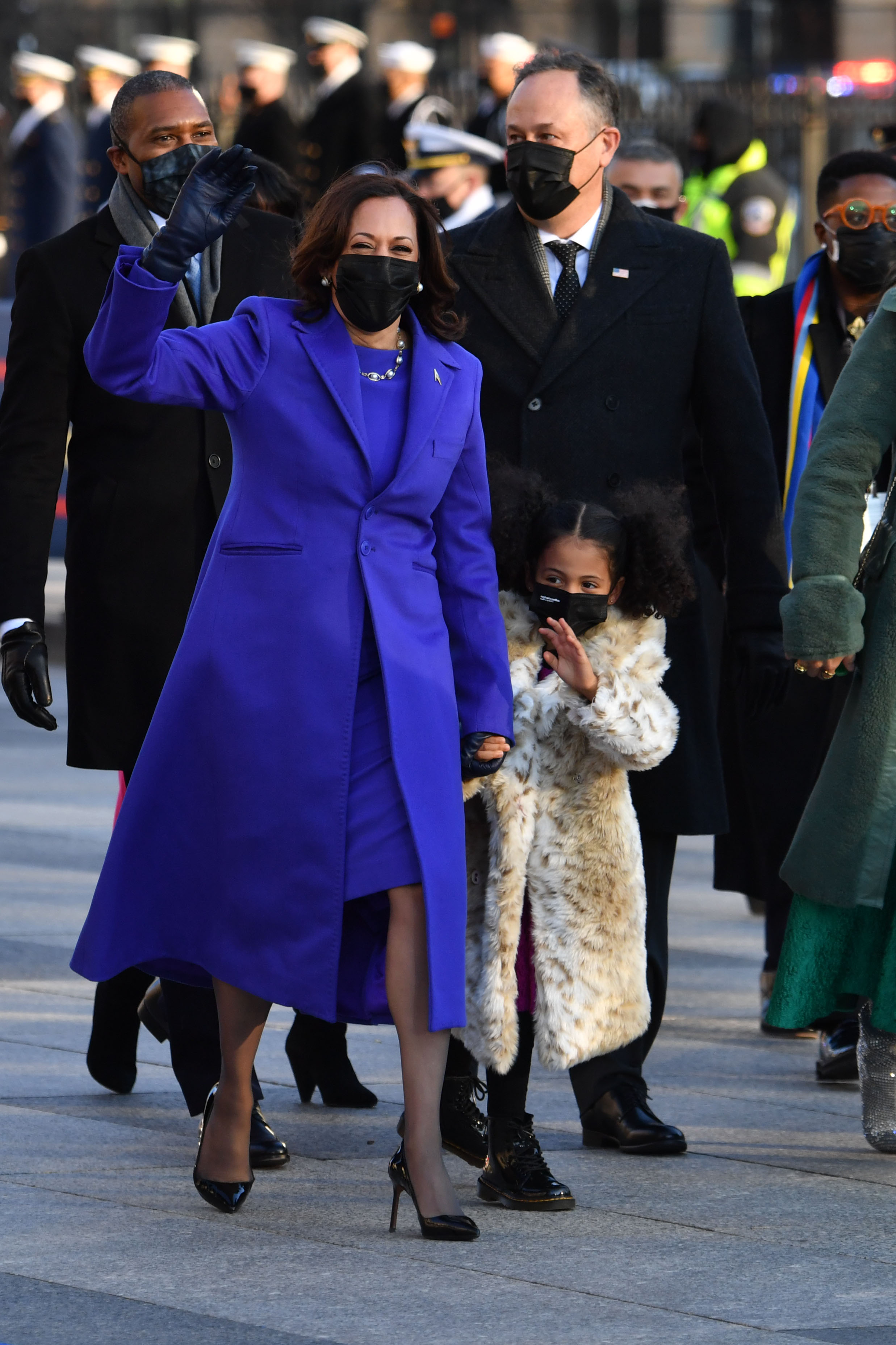 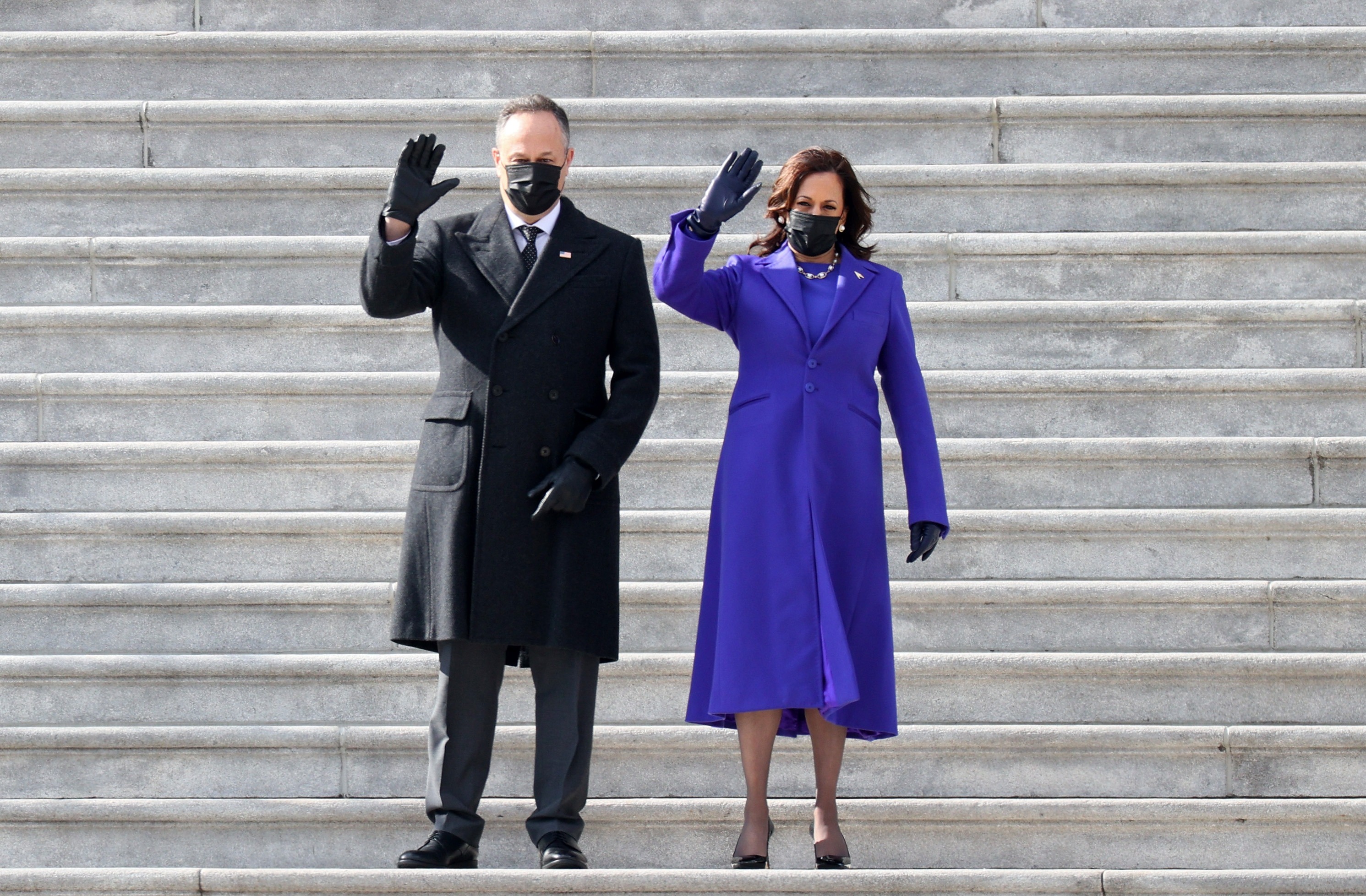 Why did Kamala Harris wear purple on Inauguration Day?

Vice President Kamala Harris took an opportunity to honor Shirley Chisholm, the first black woman to run for presidency in 1972.

Chrisholm also wore purple at the time of her campaign, which Harris was inspired by. 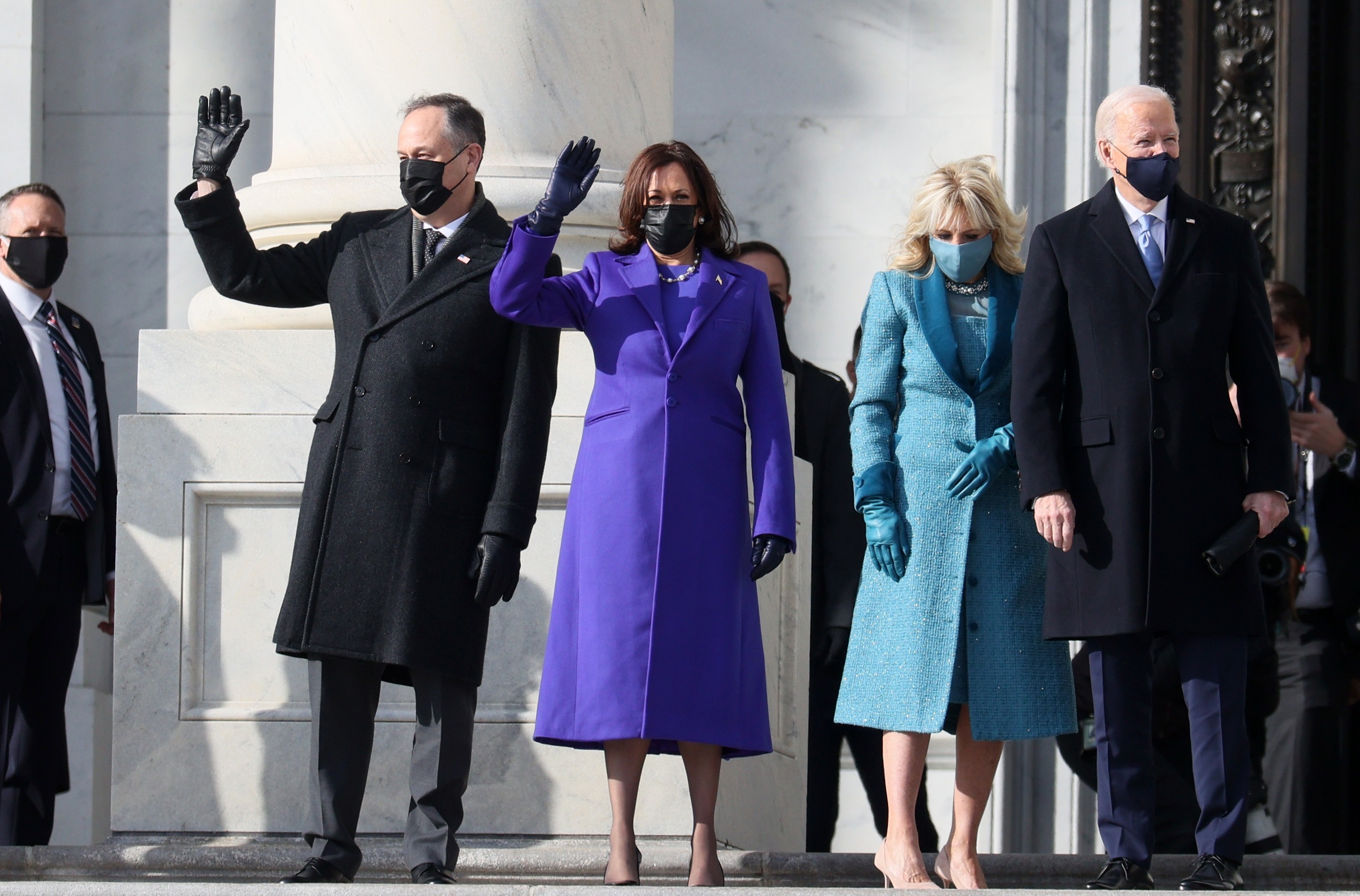 Additionally, the purple of Harris’ outfit honors the women's suffrage movement that led to the ratification of the 19th Amendment in 1920, which granted women the right to vote.

The main colors of the suffrage movement were purple, white and yellow which stood for hope, loyalty, and purity.

Why did Hillary Clinton wear purple too?

Hillary Clinton also donned a purple outfit to promote unity between the red and blue political parties, which when blended together make the shade purple. 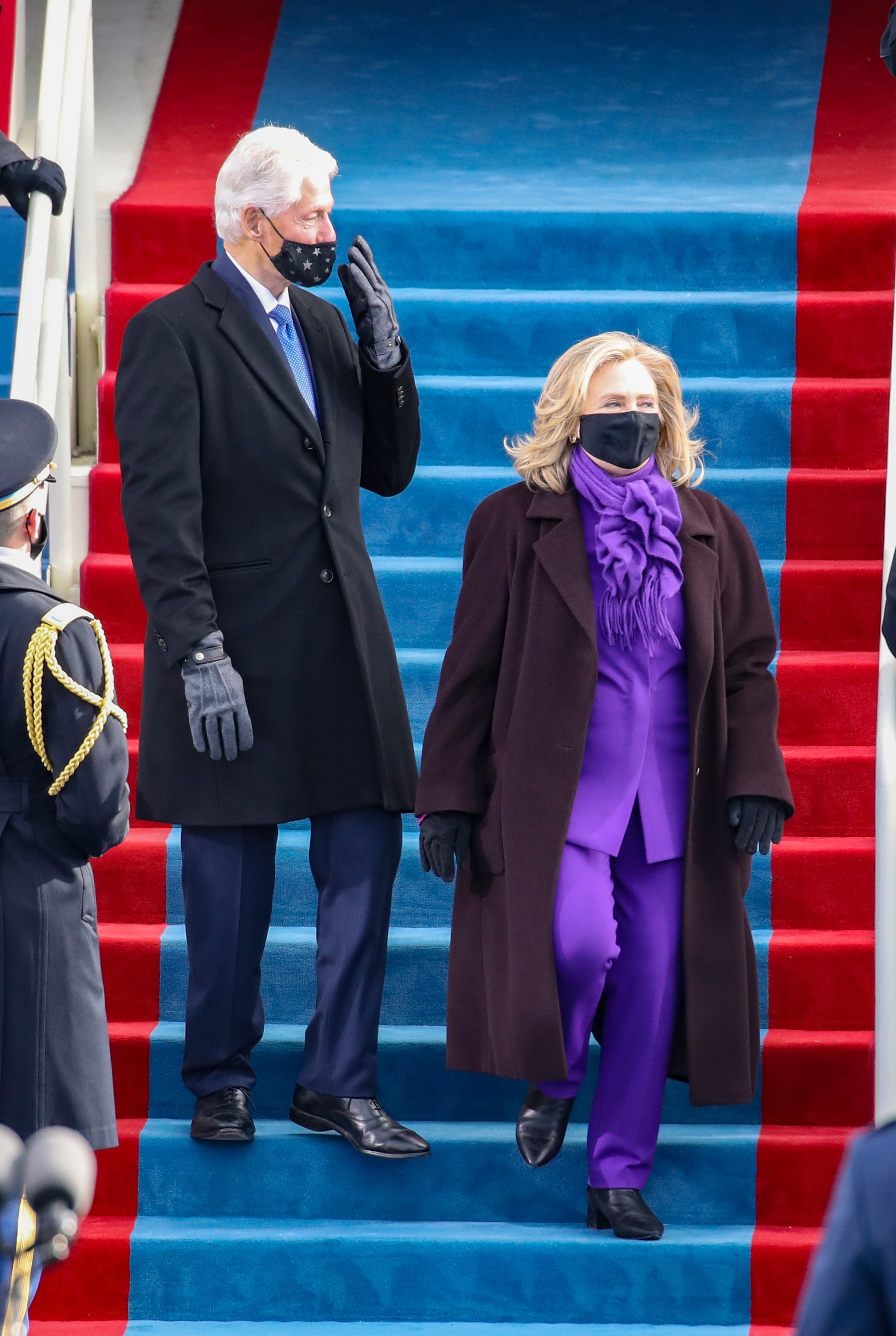 She told USA Today about her outfit voice, saying: "I did wear purple with a purpose because I knew the theme that President Biden was striking was unity. I thought as you combine red and blue, the way that we are divided politically in our country, you get purple.

Adding: "I wanted just to send a bit of a symbolic message that we need to come together."

Rogers is Brooklyn-based and studied at the Savannah College of Art and Design in Georgia until 2016. 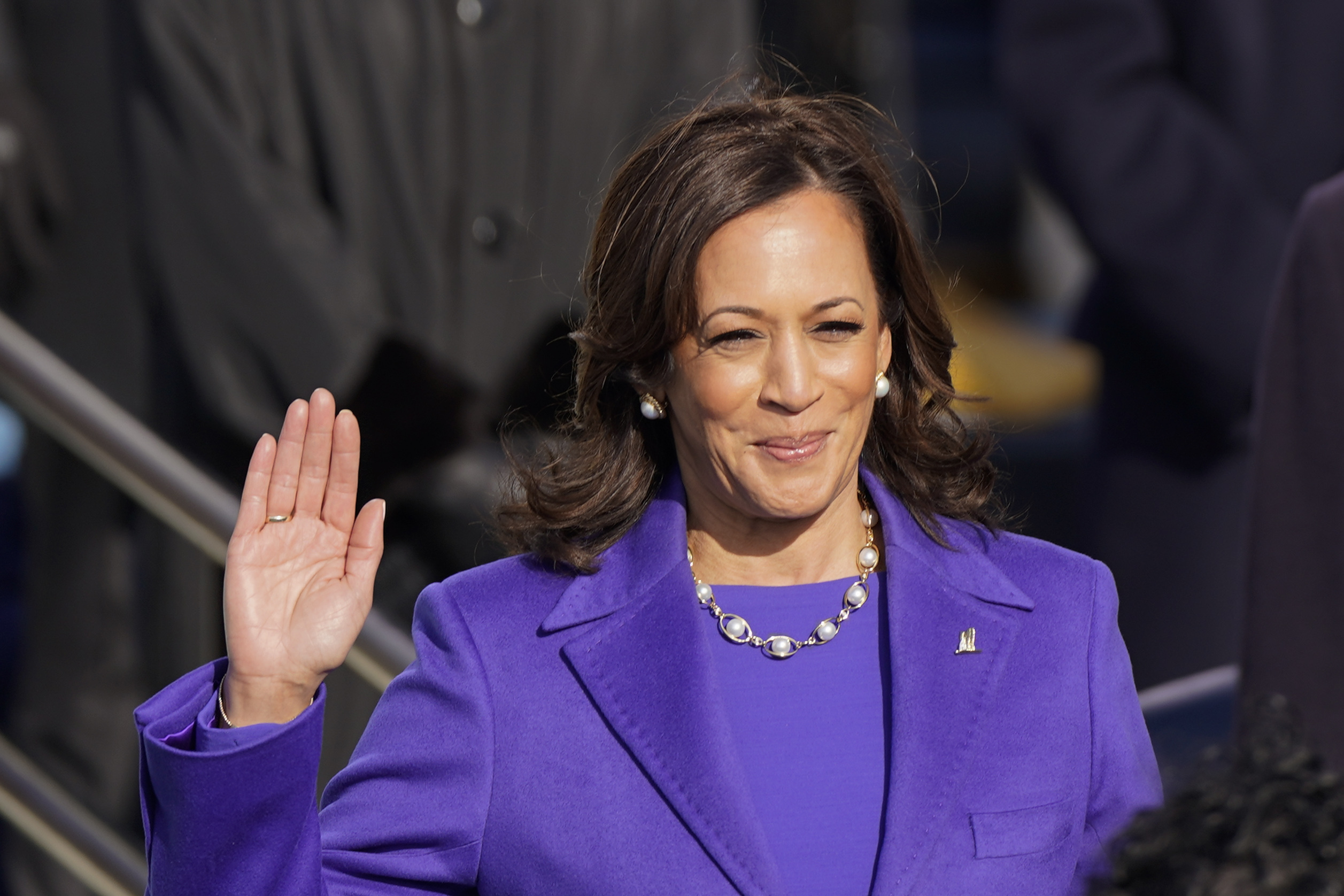 He is no stranger to dressing celebrities or members of the White House as he has previously dressed Michelle Obama for her Becoming book tour in 2019.

The young designer won the CFDA/Vogue Fashion Fund in the past and received a cash prize of $400,000 to continue his work in the fashion industry.

He shared an Instagram post on Wednesday about dressing the first madam vice president, writing: “We are so honored and humbled to have played a small part in this historic moment.” 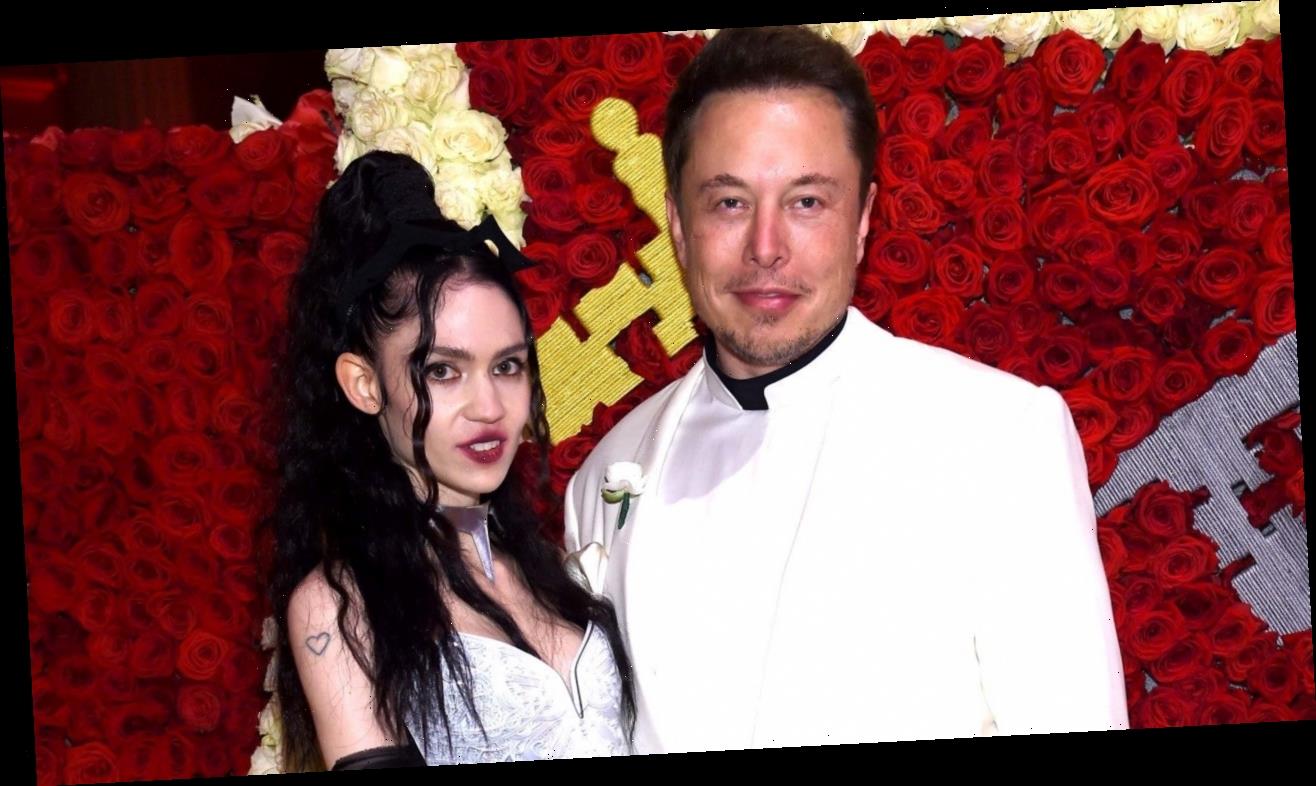