A widower who faced spending his 95th birthday alone received 400 birthday cards to mark the occasion after a social media appeal from a young pal went viral.

Tommy Houston faced being on his own for his birthday on November 21 due to the coronavirus pandemic.

But he received a windfall of cards from as far away as Japan and Jamaica, as well as 20 gifts from strangers.

The astonishing act of generosity was organised by his friend Aoife Malone, 24, who posted an appeal for well-wishes on social media site Instagram.

The pair became friends aftter Tommy’s wife died and the pair bonded over their shared love of feminism. 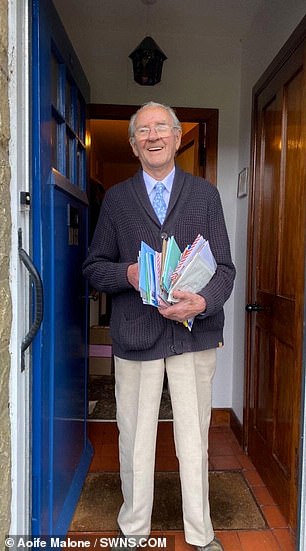 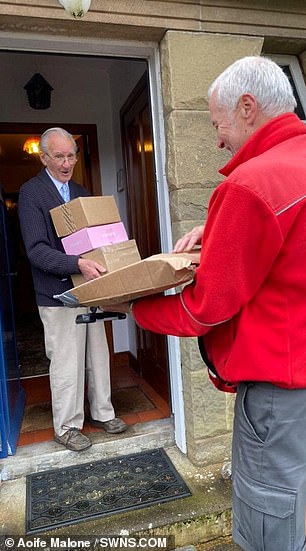 Tommy Houston faced being on his own for his birthday on November 21 due to the coronavirus pandemic, but has been sent more than 400 birthday cards and about 20 gifts after his friend posted an appeal on social media 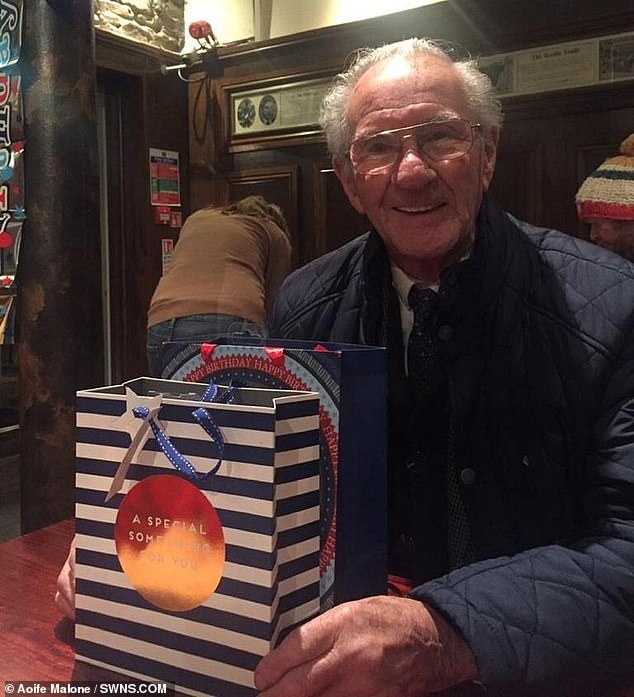 He has received a windfall of cards from as far away as Japan and Jamaica, as well as 20 gifts from strangers

But a year afterwards he met Aoife, who was then a student and working in a bookmakers, in Galashiels, Scottish Borders, where he lives.

Aoife noticed Tommy would come into the shop to place 2p bets and chat to people, and they became good friends, with Tommy teaching her to drive, and attending her graduation.

Tommy drove Aoife into her studies in Fashion Communication at Heriot-Watt University in Galashiels every day, and cooked her dinner. 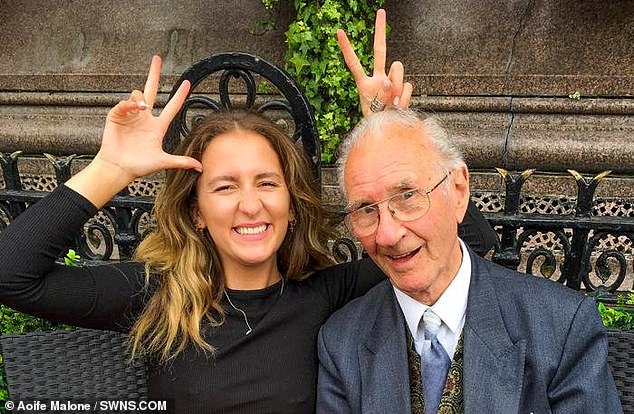 Dad-of-three Tommy lost his wife Margaret in 2014 but struck up a friendship with Aoife Malone, 24

Aoife now lives in New York where she works in marketing, and she knew how hard this year had been for the OAP being alone during the pandemic.

The friends speak every day but Aoife knew how much the retired taxi driver treasured cards and keepsakes given to him, and would re-read the messages. 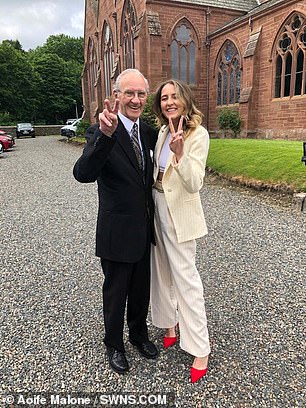 The pair bonded over their shared love of feminism

‘He’s so excited he can’t wait to open them all on Saturday.

‘There’s going to be hundreds even next week.

‘There’s some coming from Jamaica and Japan, from all over the world.’

She put out an appeal on Instagram which touched the hearts of social media users.

Aoife wrote: ‘He’s had an incredibly lonely year as you can imagine and has barely been able to see any family at all.

‘On November 21 he’ll be turning the big 95 and I’d love it if he got a few more birthday cards than usual this year.

‘He keeps all the cards me/my mum/friends send him and goes back and reads them again so I know he would be so buzzing if he got some kind words from people from all over the world.’

The post got 12,000 likes, and initially Aoife, originally from Belfast, thought it was just people she knew who wanted to help. 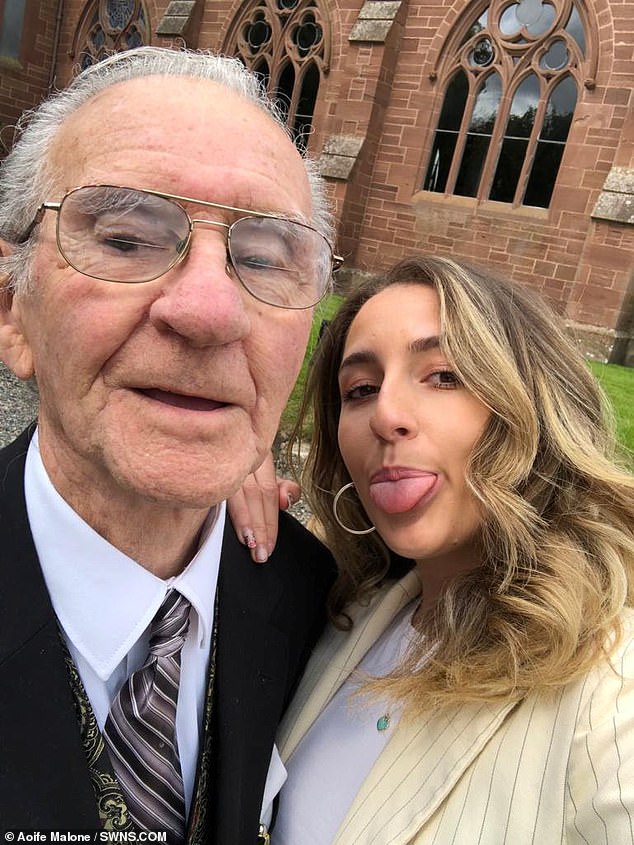 The friends speak every day but Aoife knew how much the retired taxi driver treasured cards and keepsakes given to him, and would re-read the messages

She added: ‘I think at first I thought the cards were coming from my friends.

‘When I posted it, I think I got like 400 messages and then there’s more and there’s going to be hundreds coming after his birthday.

‘I warmed to Tommy because I could tell he was lonely.

‘There was something in his eyes and I could tell that he wanted to chat.

‘He’s a massive feminist and has met people all over the world so I think that’s why we bonded.

‘He really misses me.’

Aoife moved to New York in January, and had an emotional farewell with Tommy before she left where they both cried.

She said: ‘When I left we couldn’t stop crying, we sat in St Andrews Square in Edinburgh and listened to New York, New York by Frank Sinatra before I left.’