SHOCKING footage shows a wild cat clawing its trainer’s neck and head in front of screaming children at a circus.

The lynx launched the vicious attack after its handler cruelly tugged its leash tied around its neck while it was performing on a high chair. 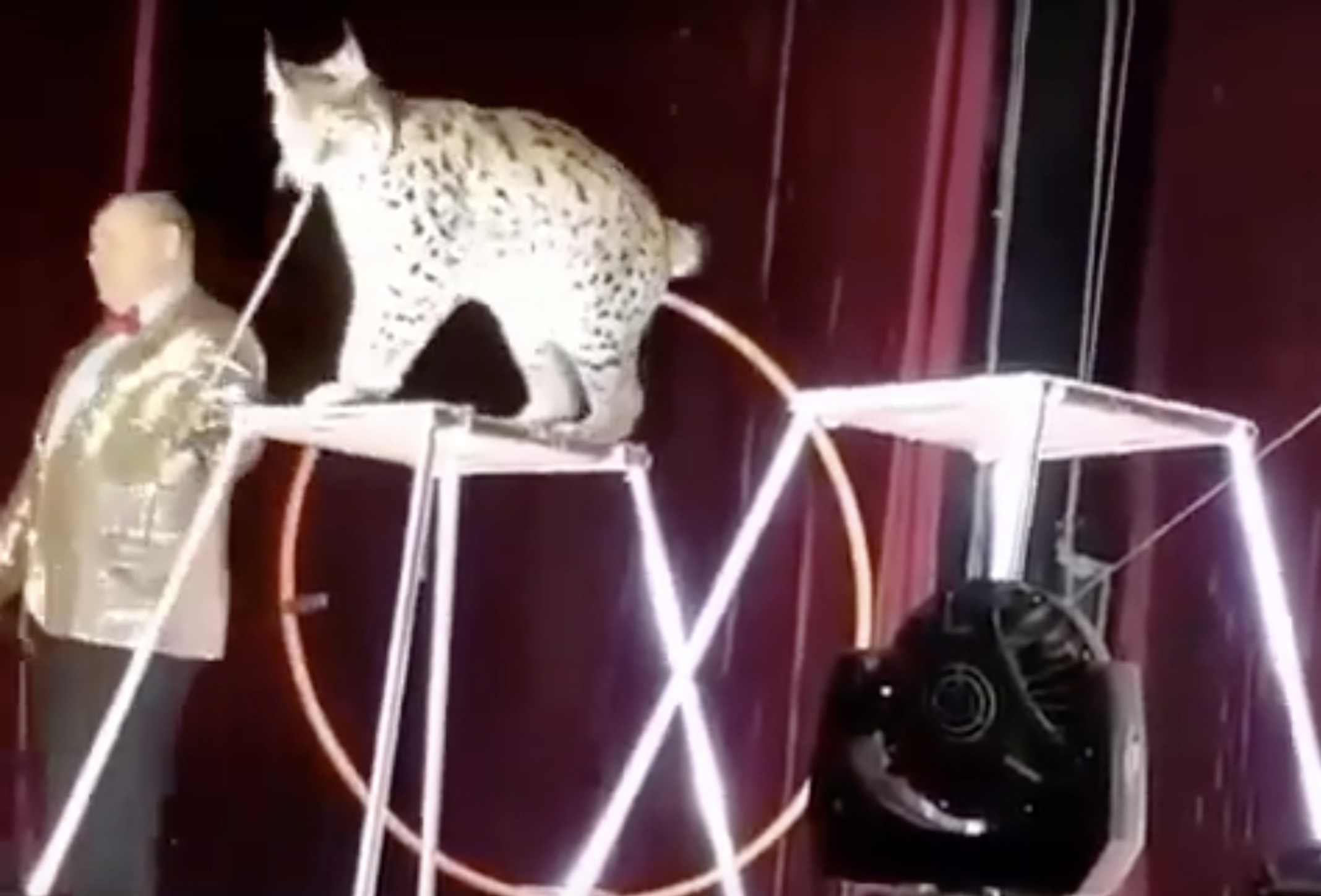 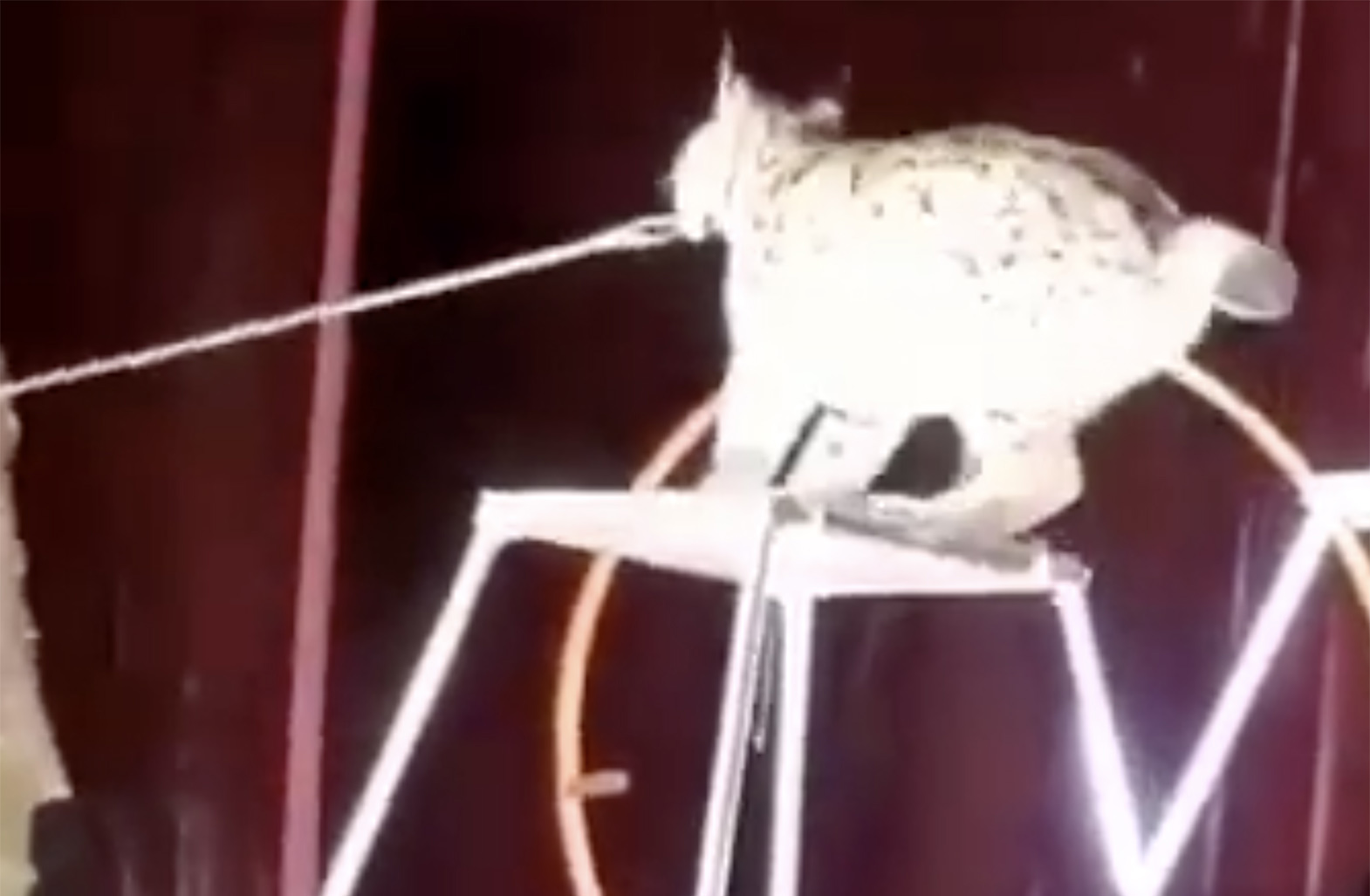 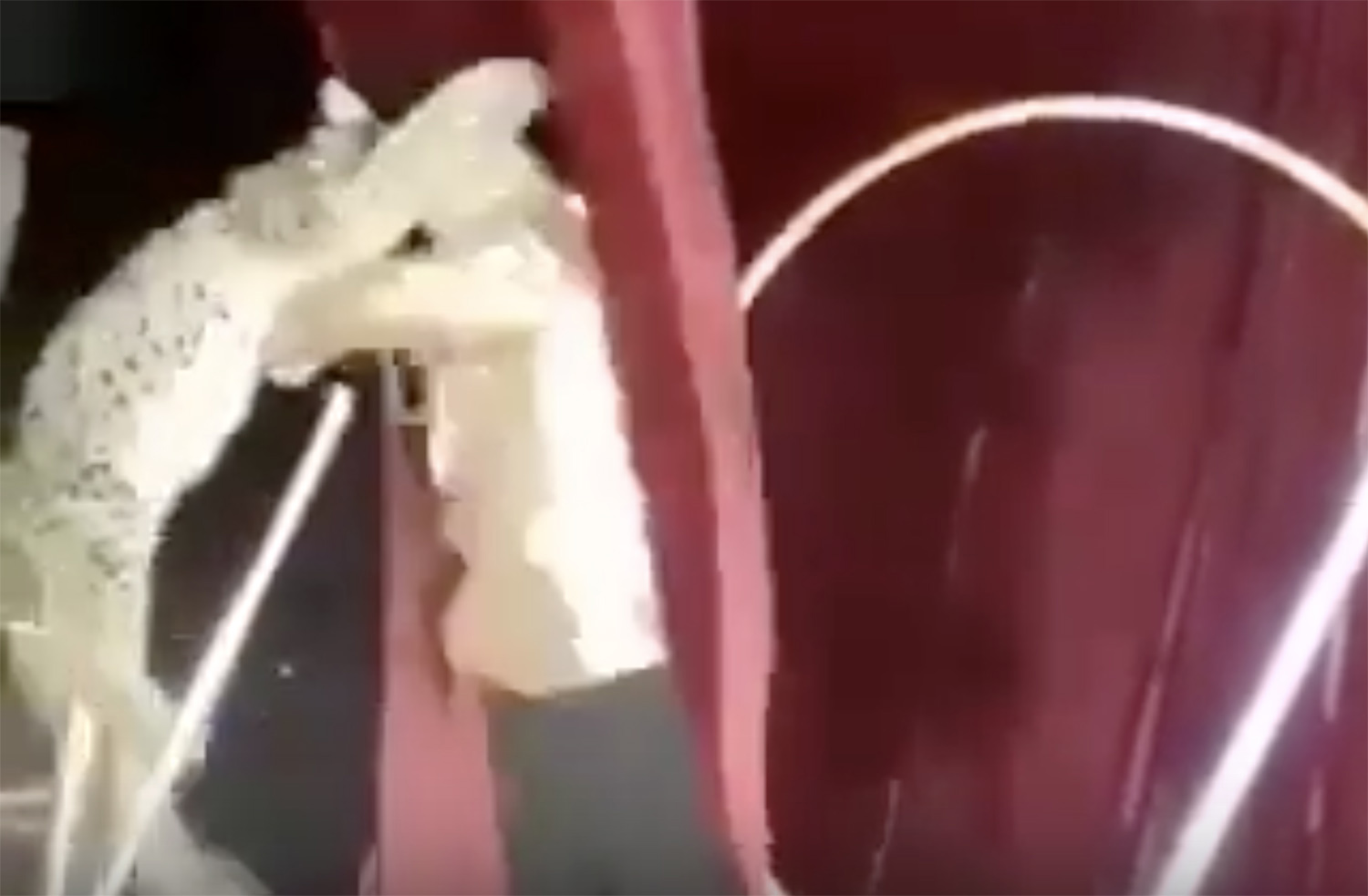 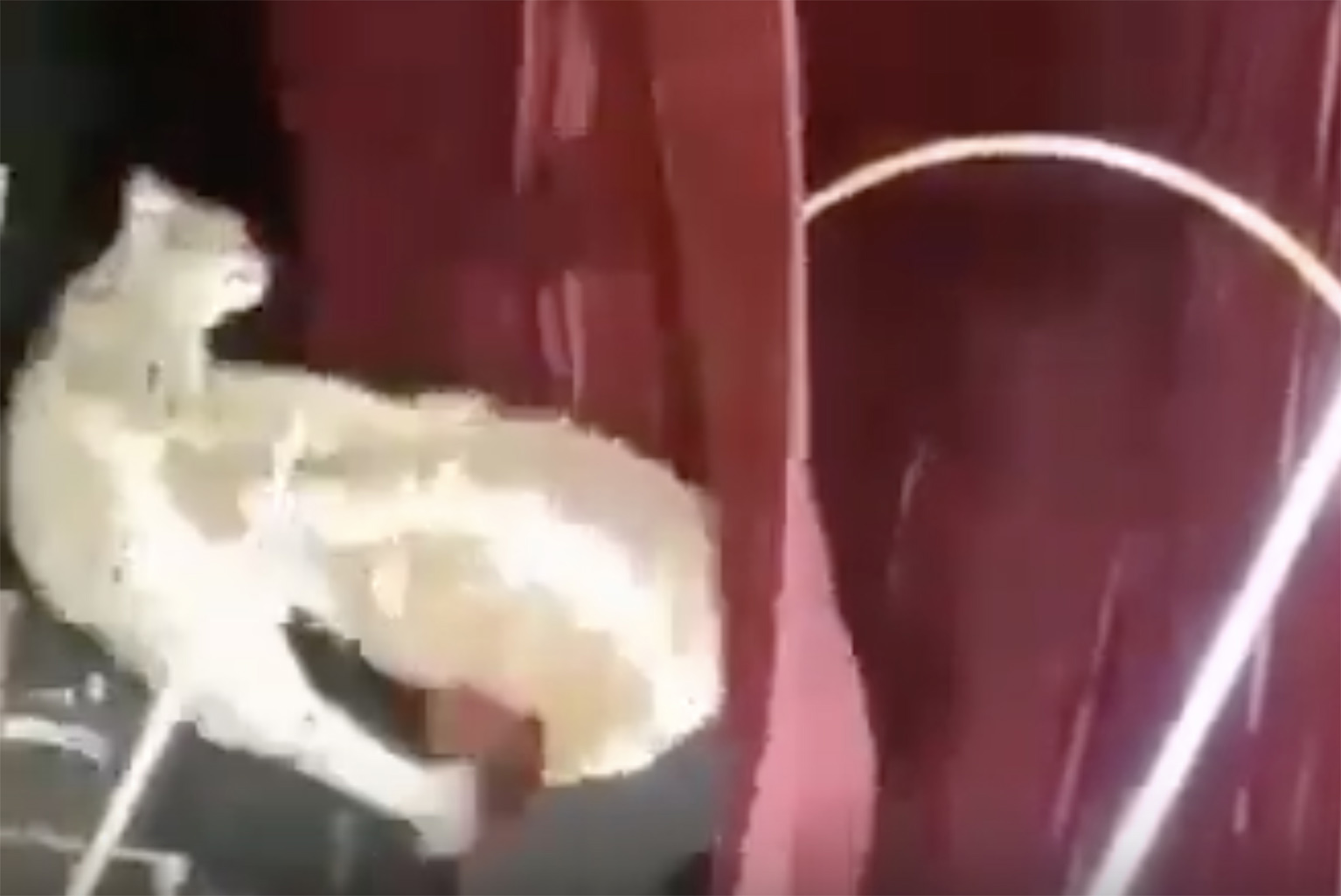 The chair rocked and tipped over and the animal became scared before pouncing on the trainer.

Spectators at the travelling circus in Tskhinval in the Georgian region of South Ossetia can be heard screaming in terror during the attack.

In the footage the cat leaps up and claws the man’s chest, neck and and head.

“It was scary – there was no protective fence around the stage where he was performing,” said a mother.

Officials from the touring circus from Sochi, Russia, has not commented on injuries to the trainer or the safety concerns.

The circus – which features a variety of animals including crocodiles, pythons and monkeys – is on tour around eastern Europe.

Irina Novozhilova, of animal rights group VITA, said: “No circus conditions will be humane for one simple reason –  training goes hand in hand with cruelty….

“Circuses are always cruel beyond limits – and circuses with animals should be banned.”