Woman, 49, who tore her hamstring after slipping on the dancefloor at a friend’s wedding wins £32,000 payout after suing groom’s family

A guest who was left writhing in agony when she slipped on the dance floor at a friend’s wedding has won nearly £32,000 damages after suing the groom’s family.

Gosia Anthony, 49, who lives in Plymouth, snapped her hamstring when she slid in spilled drink at her friends Ania and Chris Richardson’s wedding reception in September 2016.

Ms Anthony had been dancing in the function room of the White Horse in Welwyn, Hertfordshire – which describes itself as a ‘quintessential village pub’ – when she slipped and was left in excruciating pain, Central London County Court heard.

She sued the pub operator Cellar Door Pubs Ltd, a company that was owned and run by members of groom Chris Richardson’s family, and has been awarded nearly £32,000 in damages by a judge.

The judge also ordered Cellar Door Pubs Ltd to pick up Ms Anthony’s lawyers’ bills of about £50,000 for the trial.

Gosia Anthony (pictured), 49, who lives in Plymouth, snapped her hamstring when she slid in spilled drink at her friend Ania Richardson’s wedding reception in September 2016

Judge Richard Roberts said the pub had created the hazard by providing a water dispenser without a drip tray and not clearing up the spillage.

At the time of the accident, the ‘bride’s husband’s family owned or operated’ The White Horse pub, the court heard.

Ms Anthony said that she had been invited to Mr and Mrs Richardson’s reception and was staying at the bride’s home after the wedding.

The council worker claimed she only had a couple of glasses of wine and had changed into flat shoes when she went on the dance floor late in the evening.

She told the court: ‘The room was dark and there were disco lights.

‘I was dancing. I put my left foot down and I slipped. I didn’t have a chance to rebalance my body or break my fall, I just went straight down.

‘I was in a lot of pain. I realised something was wrong. 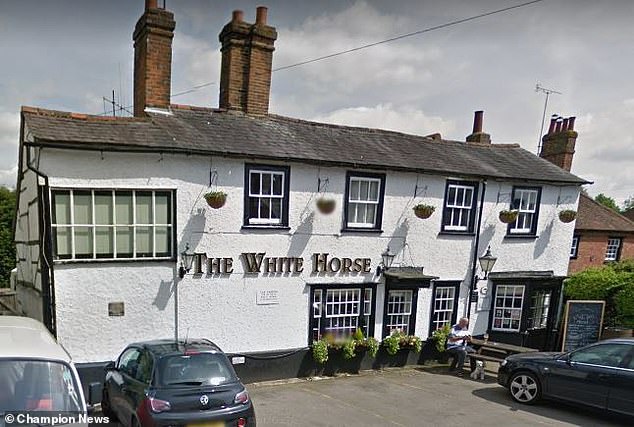 Ms Anthony had been dancing in the White Horse (pictured) in Welwyn, Hertfordshire, when she slipped and was left in excruciating pain, Central London County Court heard

‘It was almost like I heard elastic breaking, even though it was a loud room. I felt something snap and immediate pain.’

Ms Anthony was taken home by other guests, but she went to the doctors when she was still in pain the following morning.

She was diagnosed with an ‘avulsion injury to her left hamstring’, which involves the hamstring tendons being torn from the bone.

Ms Anthony went to her native Poland for treatment and had her hamstring, which had shrunk by four inches following the accident, stretched back into place.

She told the court her hamstring had to be secured with three metal screws which even now, five years on, cause her pain when she is sitting down.

Ms Anthony was also left with a five-inch scar which is visible when wearing shorts or beachwear and suffered a frozen shoulder due to using crutches after the accident.

Her barrister, Mark King, argued that pub owner, Cellar Door Pubs Ltd, was negligent in allowing the accident to happen.

A water dispenser had been placed in the function room with its spout directly over the floor, with no drip tray in place to catch any spillages.

Mr King said: ‘The bride’s husband’s family own or operated the pub.

‘This hazard has been created by the occupier itself. This is so obviously wrong in the way it’s been set up.

‘All one needs is a tray to slip underneath it.’

Cellar Door Pubs Ltd denied liability for the accident, but neither the managers nor lawyers turned up for the Central London County Court trial this week.

Giving judgment, Judge Roberts rejected claims that Ms Anthony might have been inebriated or at fault in any way for her fall. 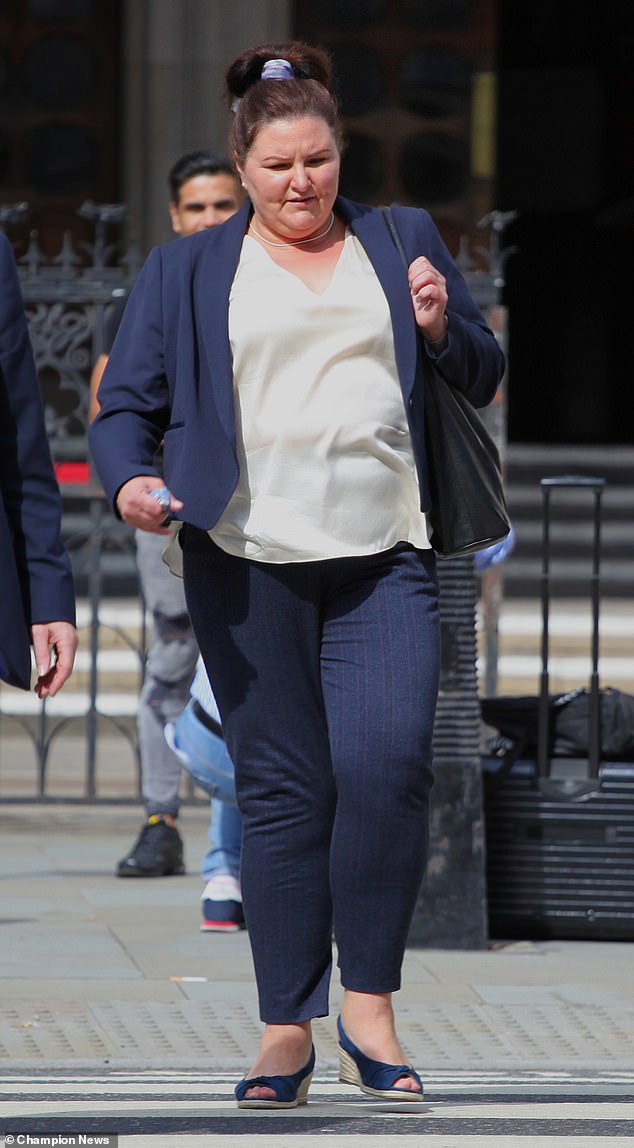 The council worker (pictured) sued the pub operator Cellar Door Pubs Ltd, a company that was owned by members of Chris Richardson’s family, and was awarded nearly £32,000 in damages 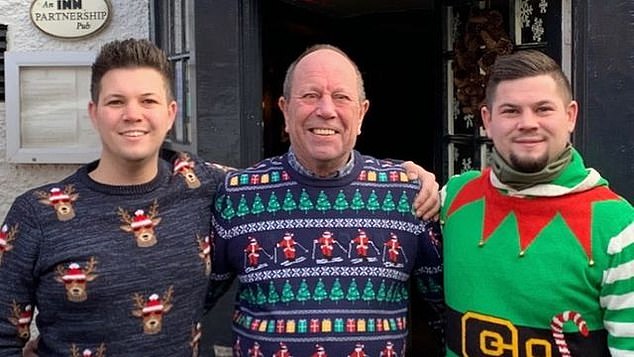 He ruled that she had been wearing flat shoes and could not have seen the spillage because the room was dark and full of dancers.

‘At the time of the index accident, the main function room where the dancing was taking place was very dark, save for flashing disco lights,’ he said.

‘The claimant said in her oral evidence that at the time of the dancing, she did not see any members of the defendant’s staff.

‘I reject the defendant’s contention that it would have been easy to see a spillage of water on the floor, bearing in mind that it was very dark.

‘Having regard to the set up of the water dispenser and the absence of a water tray, I find that spillage or the presence on the floor was likely.

‘I further find that the defendant knew or ought to have known of the likelihood of a dangerous slipping hazard arising, particularly as the floor was being used for dancing late at night, when the room was dark.

‘In these circumstances I find that the claimant has proved that the defendant was in breach of the common duty of care…and was negligent at common law.’

He awarded Ms Anthony a total of £31,871 for her pain and suffering and to reimburse her for travel and medical care costs.

He also ordered the company to pick up her lawyers’ bills of about £50,000 for the trial.

MailOnline has contacted Chris and Adam Richardson for comment.