Woman and girl, 10, injured after car ploughs through front doors of Sainsbury's – as driver arrested

Horrifying photos show how that the silver 4×4 careered into the store after flattening a bollard and smashing through the automatic glass doors. 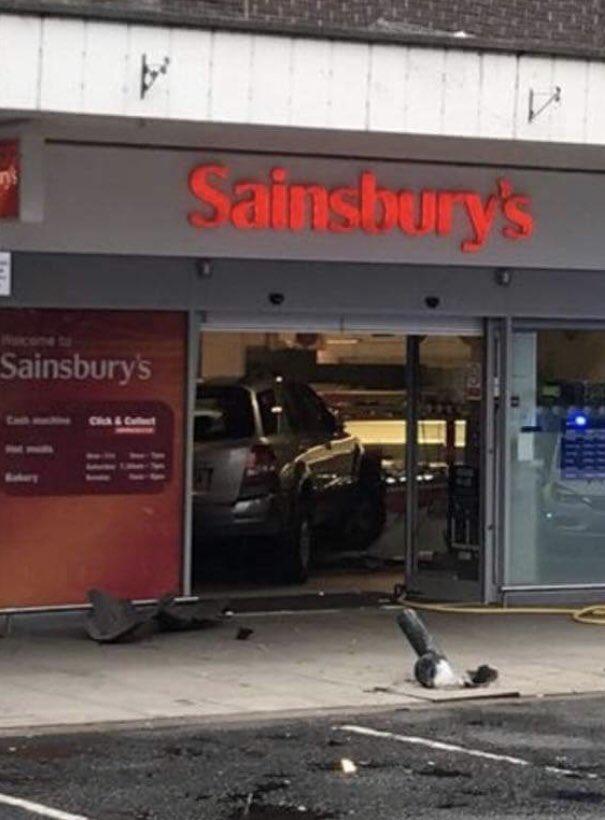 Along with the girl – who had "serious but not life-threatening injuries" – an older female pedestrian was also taken to hospital in an ambulance.

An air ambulance attended the scene but was not needed.

A police spokesman said: "At around 6pm on Wednesday, August 29, a silver Kia Sorento collided with the front of Sainsbury's Supermarket in Queensway, Crawley.

"As a result, a 10-year-old girl and another female pedestrian were taken to hospital in an ambulance. 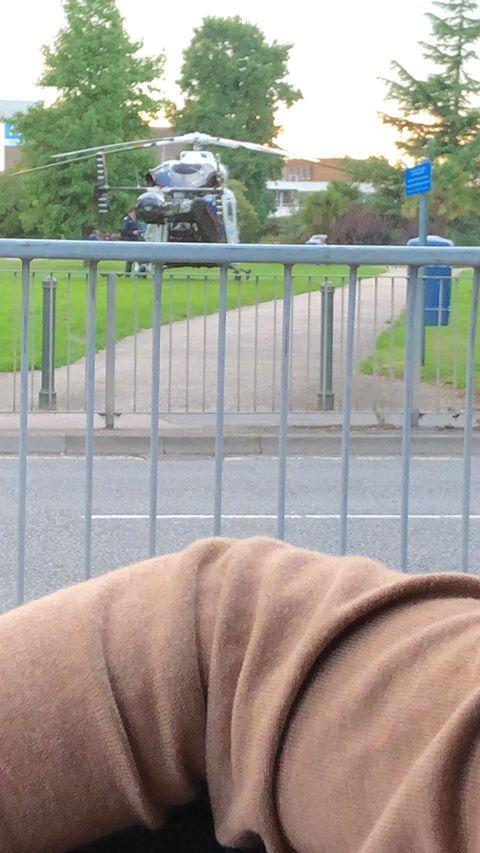 "The 41-year-old driver of the car was uninjured and subsequently arrested on suspicion of causing injury by dangerous driving. Police are appealing for any witnesses to contact them on 101 quoting operation SHIELD."

A spokeswoman for the South East Coast Ambulance Service said: "Two people have been taken to hospital after being injured when a car drove into the front of Sainsbury's on Queensway, Crawley.