Honda (not very) Civic: Woman risks lives during lockdown by dumping car in front of fire station doors while she goes SHOPPING

A woman has been accused of putting lives at risk after dumping her car in front of a fire station entrance to go shopping.

Firefighters received an emergency call at around 6pm on Thursday following reports of an alarm going off in a flat.

As they raced to leave the station and respond to the call, the engine was forced to slowly manoeuvre around the car as it tried not to collide with the vehicle. 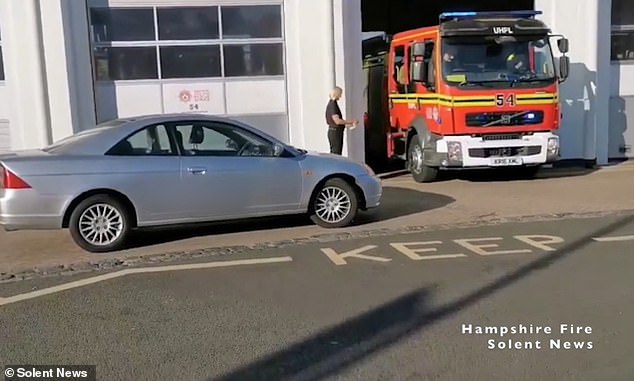 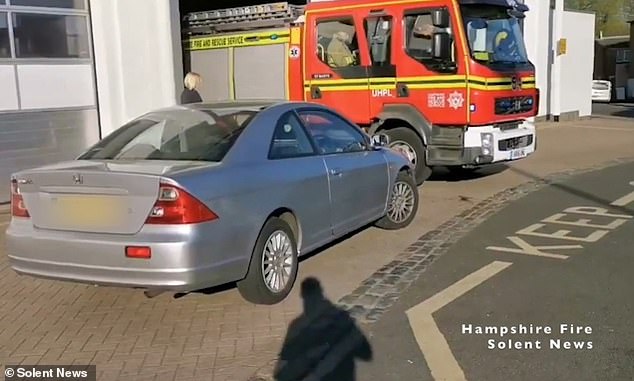 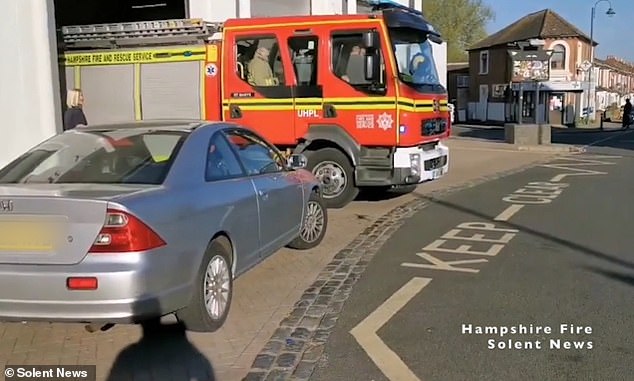 The female driver was issued a ticket by police. When she returned from shopping her car wouldn’t start and firefighters had to help her push the car out the way

When the driver eventually returned after around 20 minutes, she allegedly couldn’t start the car and firefighters were forced to help her push the vehicle out the way of the aerial ladder platform.

A station representative posted on social media that: ‘The car was there for just over 20 minutes for shopping. Long enough that the police were able to attend and issue a ticket. Please consider where you park, especially around emergency service stations. Also at home. We need our space.’

‘Some drivers are parking opposite one another making an entire road inaccessible while others are actually stopping by station exits, often in the hatched areas, and some are even leaving their cars on our grounds.

‘These issues are causing delays and when tackling a fire or cutting somebody out of a car this can be the difference between life and death.’