A Salvadoran woman who was jailed for 18 months on attempted murder charges for abandoning her baby who was born after she was raped by her stepfather has been freed.

Imelda Cortez, 20, had fallen pregnant after years of sexual abuse, and gave birth to the child in a bathroom in April 2017.

She left the baby in the toilet, but was forced to seek medical help afterwards, at which point doctors suspected she had carried out a botched termination and she was arrested under the country’s strict abortion laws.

On Monday she was freed after the court in Usulutan, south-east El Salvador, determined she was unaware she was pregnant and did not try to kill her infant daughter, who survived. 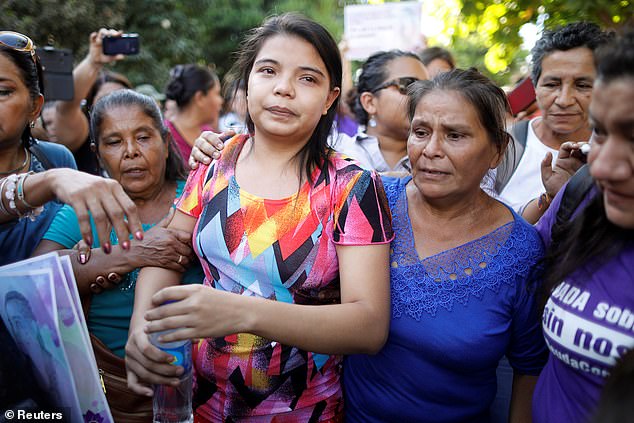 Imelda Cortez reacts as she leaves court after being acquitted of attempted aggravated murder under the country’s abortion law, in Usulutan, El Salvador on Monday 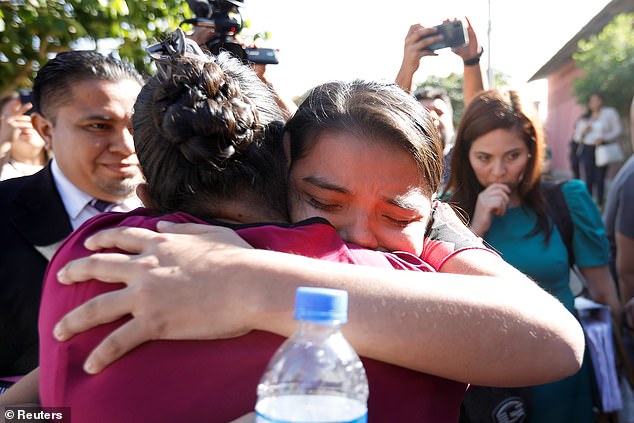 Cortez is embraced by her mother as she leaves a court surrounded by supporters and journalists in Usulutan, El Salvador on Monday

As she left court Cortez was greeted by cheering relatives and human rights activists holding signs demanding her freedom.

Cortez’s stepfather has been arrested and is awaiting trial, Salvadoran prosecutors said.

According to the BBC she suffered years of sexual abuse at his hands.

El Salvador has some of the world’s harshest abortion laws.

Women who carry out terminations or those who are suspected of assisting them, even when the life of the woman is at risk, are prosecuted. This extends to under-18s who have been raped

A report by Amnesty International said that even women who had natural miscarriages were jailed for decades. 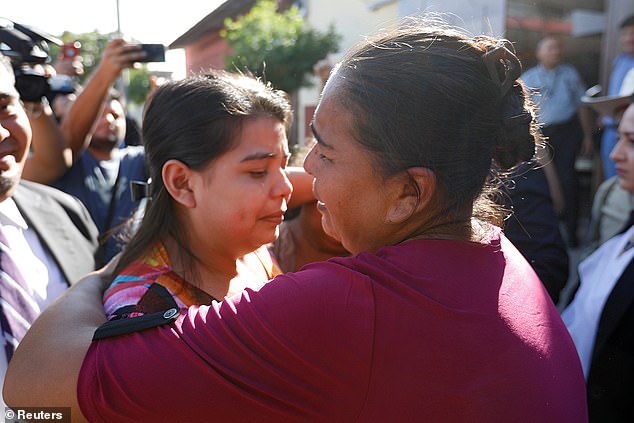 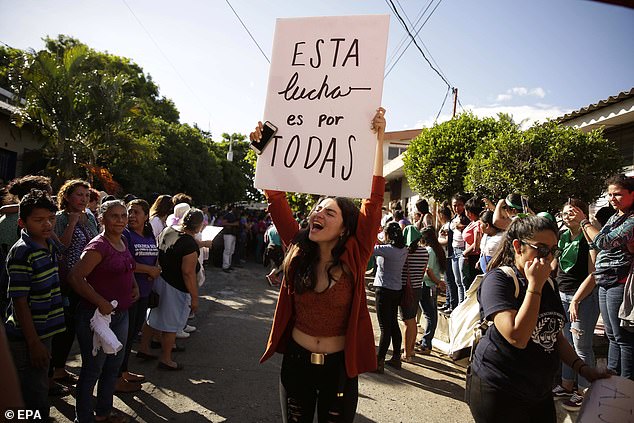 A woman holds a banner outside the court which says, ‘This fight is of all,’ as she celebrates Cortez being acquitted

The country’s constitution, founded in Catholic doctrine, says that life is sacrosanct from the moment of conception.

Doctors must report any suspected abortion to the police.

Some 22 more women are serving sentences of up to 35 years for aggravated homicide linked to abortion, according to the Group for Decriminalizing Abortion.

‘This sentence … represents hope for women who are still in prison and are also being tried for aggravated homicide,’ defence lawyer Ana Martinez said.

President Salvador Sanchez Ceren in 2017 proposed a law to allow abortions in cases of rape or when the mother’s life is at risk, but Congress did not pass it.