A woman has been killed and a dozen people injured in a clash with security forces on the border between Venezuela and Brazil.

It comes as a massive Live Aid-style concert is being staged by Richard Branson in the hope of getting aid into the country.

On Thursday President Nicolas Maduro ordered the border to be closed as the opposition made plans to bring in humanitarian aid from Brazil and two other neighbouring countries on Saturday.

Mr Gonzalez said members of the Pemon ethnic group clashed with the Venezuela National Guard and army as they were moving tanks to the border with Brazil. 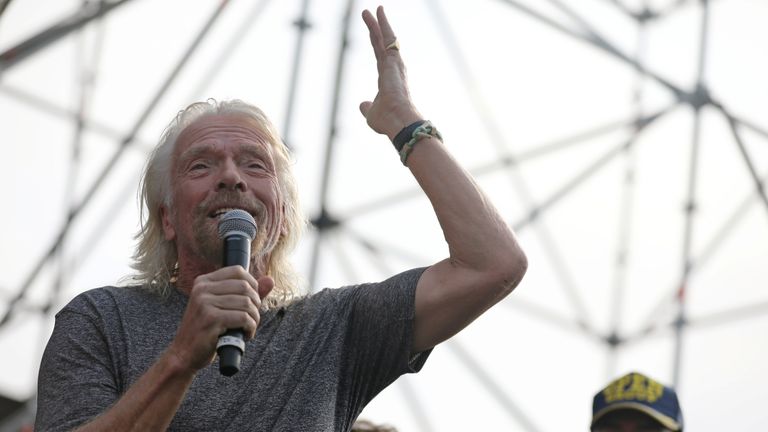 He said the soldiers fired rubber bullets and tear gas and the injured people were taken for medical treatment.

Meanwhile, Sir Richard hopes a fundraising concert he is organising for Venezuela will convince soldiers to disobey Mr Maduro and allow humanitarian aid on the border to get into the country.

Six hundred tonnes of aid has been sitting in a storage facility at the Tienditas International Bridge for the last two weeks while millions of people in Venezuela have no basic items such as food and medicines and have been forced to flee the country. 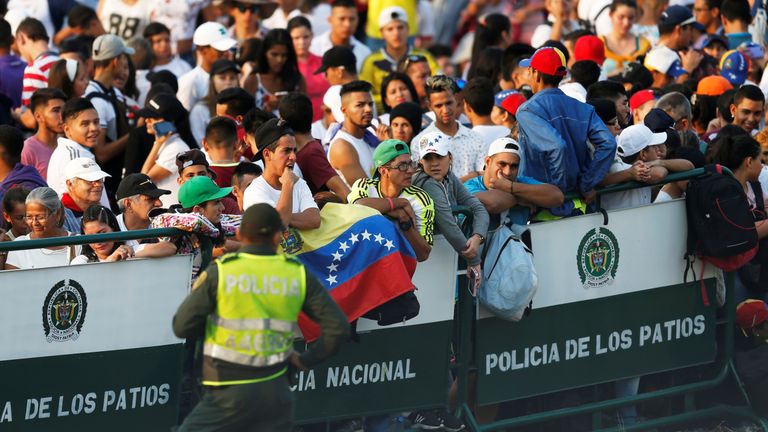 Mr Maduro denies his country is in crisis and is stopping the aid – mainly from American donations – getting through because he believes it is a ploy by US president Donald Trump to overthrow his administration.

Sir Richard said he postponed a planned test flight into space by his Virgin Galactic company in California to join dozens of pop artists from Latin America in the Colombian city of Cucuta for the concert on Friday.

The billionaire said he and a Colombian entrepreneur friend got the idea for a concert after speaking with opposition leader Juan Guaido and his political mentor Leopoldo Lopez.

The United States along with the UK and dozens of other countries have said they recognise Mr Guaido as Venezuela’s rightful president.

Sir Richard said: “For those people who think Venezuela is a utopia and Venezuela isn’t suffering they should really come here into the crowd today and ask them why they are leaving.” 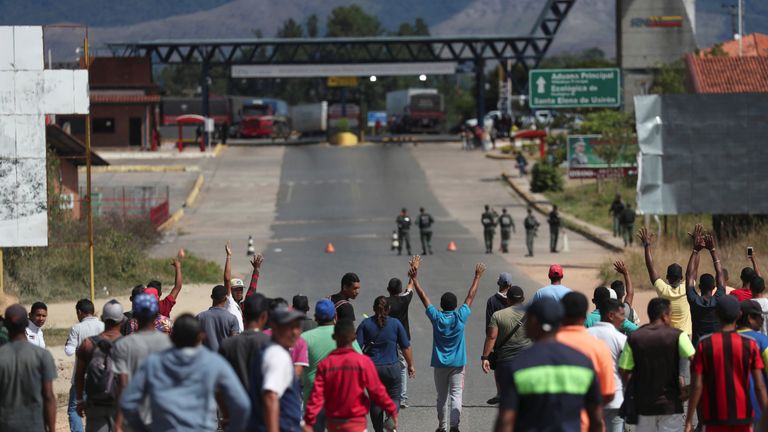 “The eyes of the world will be on Venezuela,” opposition leader David Smolansky said before the concert.