Woman stole £60,000 from boyfriend after Googling how to do it

Social worker is struck off for fleecing her retired boyfriend out of more than £60,000 after Googling ‘how to get a rich man to give you money’

A social worker has been struck off after she researched online ‘how to get a rich man to give you money’ and then stole more than £60,000 from her wealthy retired boyfriend.

A disciplinary tribunal heard Anne Ripley met her victim, ‘a man of some wealth’, through a dating website and then fleeced him over the course of two months.

During the short-lived relationship, he loaned her £52,500 to help her buy a house in pretty Arundel, West Sussex, and she allegedly swiped an expensive Omega watch from his home, claiming they had been burgled. 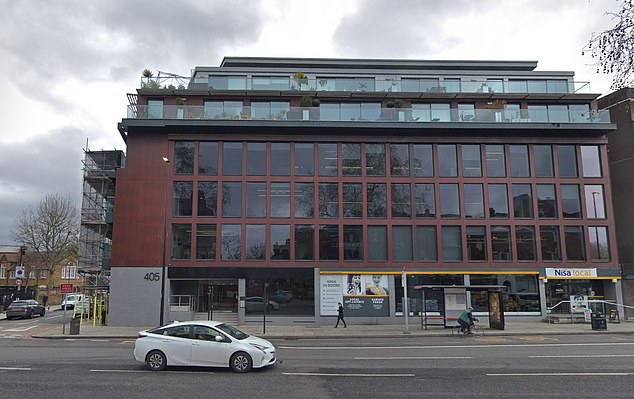 A Health and Care Professions tribunal (pictured: where the panel took place in Kennington, London) heard Anne Ripley met her victim, ‘a man of some wealth’, through a dating website and then fleeced him over the course of two months

The tribunal heard Ripley also took 4,000 Euros from him while the pair were visiting Ireland together, after convincing him to let her help set the combination for their hotel safe.

Her boyfriend only realised his money was gone when he took the envelope it was in out with him for the day and discovered the cash had been replaced with torn up magazine pages.

While dating her victim she carried out Google searches for ‘how to get a rich man to give you money’, ‘does cash show up on airport scanners’ and ‘how to get rid of your fingerprints’.

A Health and Care Professions disciplinary hearing report said: ‘[The victim] is retired and a man of some wealth. In May 2017 he was in the process of becoming divorced and placed an advertisement on a dating website.

‘After the introduction, effected through the dating website, the victim and Mrs Ripley first met on either May 19 or 20, 2017.

‘They met again a few days later, at which time she knew he was due to move house. She did help him move and stayed that night at his flat.

‘He left quite early the following morning and when he returned, Ripley informed him she had been out for a walk, closing, but not locking, the door.

‘His evidence was that later he realised his Omega Constellation wristwatch was missing. There is no dispute the watch was in Ripley’s possession when the relationship ended.

‘Fairly early in the relationship, there was discussions about the transfer of funds. The sum was initially £40,000. but was supplemented a week later by a further £12,500.

‘The victim’s consistent account was that Ripley asked for a short term loan to facilitate a house move, in particular that she needed the money for a house purchase in Arundel.

‘At the end of their relationship, he asked her about the return of the monies advanced and said she stated he had no proof it had been a loan.

‘On July 1, 2017, the pair travelled to Ireland, where the victim had business interests. One task he wished to undertake was to pay a debt of approximately 4,000 Euros.

‘His recollection is that Ripley took responsibility for placing the money in the room safe at the hotel and took particular interest in being involved in setting the combination.

While dating her victim she carried out Google searches for ‘how to get a rich man to give you money’, ‘does cash show up on airport scanners’ and ‘how to get rid of your fingerprints’

‘The victim went alone to pay his debt, but when he arrived to do so and opened the envelope he discovered that it contained no money, but rather ripped up pages of what appeared to be a women’s magazine.

‘Their return from the trip to Ireland marked the end of the relationship. The victim was surprised to find Ripley had changed the seating arrangements on the flight so they did not sit together.

‘On arriving back at his home, she put her case in her car and drove off.’

The hearing was also shown her internet searches, which also included one for Omega Constellation watches and how much money could be carried from Ireland to the UK.

However, the tribunal was told that despite carrying out an investigation, Sussex Police had decided there was ‘insufficient evidence’ to charge Ripley and therefore they would not be pushing forward with a criminal case against her.

The disciplinary panel said that although the misconduct was not related to her work, they felt they must ban her from continuing to be a registered social worker.

The report added: ‘There has been no acceptance of wrongdoing on the part of Ripley. She has shown no remorse or insight into her behaviour.

‘Her actions were not victimless and took an emotional toll upon him. The panel believes there is a real risk of repetition. For these reasons, the panel is satisfied that making a striking off order is a proportionate response.