Woman, 26, who was TWICE over the drink drive limit when she hired an E-Scooter to get home after a hen night because her taxi didn’t turn up is banned from driving for 18 months

A 26-year-old Lincolnshire woman, who hired an e-scooter in Cheltenham while intoxicated after a hen night, has been banned from driving for 18 months.

Paige Burnley of Lindum Mews, North Hykeham, admitted driving a Zwings E-Scooter while over the drink-drive limit on Royal Well Place, Cheltenham, on April 9 this year.

The Cheltenham Magistrates Court heard yesterday, how Burnley had consumed so much alcohol that she was more than twice the legal limit.

Cheltenham is one of more than thirty towns and cities across the UK where e-scooters are being offered for hire and can be legally used on roads and pathways in a Government experiment to see if they are a safe and viable form of green transport.

However, they are considered to be motorised vehicles and are therefore subject to drink driving laws – something Burnley was unaware of.

Prosecutor May Li explained that at 10.40pm on Saturday, April 9,  Burnley, who was wearing bright coloured clothing, was spotted by police on patrol in the town as she weaving in and out of vehicles in the bus lane while on the e-scooter. 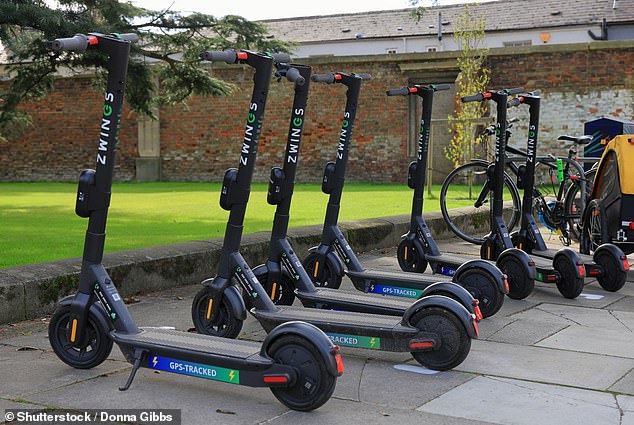 Paige Burnley, 26, of Lindum Mews, North Hykeham, was found guilty of drink driving after she hired an e-scooter and rode it home after attending a hen night in Cheltenham (Pictured: E-scooters in Cheltenham) 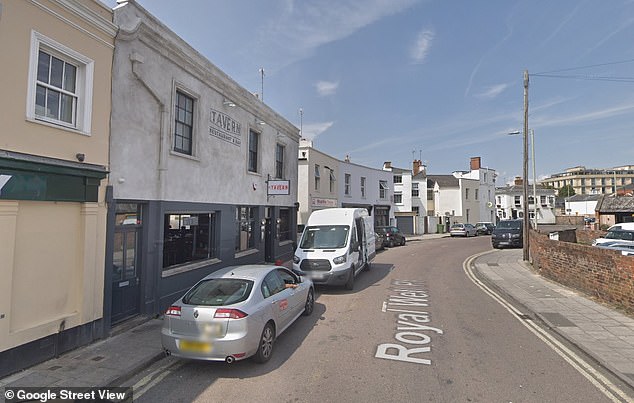 Paige Burnley was stopped by police on Royal Well Place (pictured) and given a roadside breathalyser, where she was found to be over twice the limit 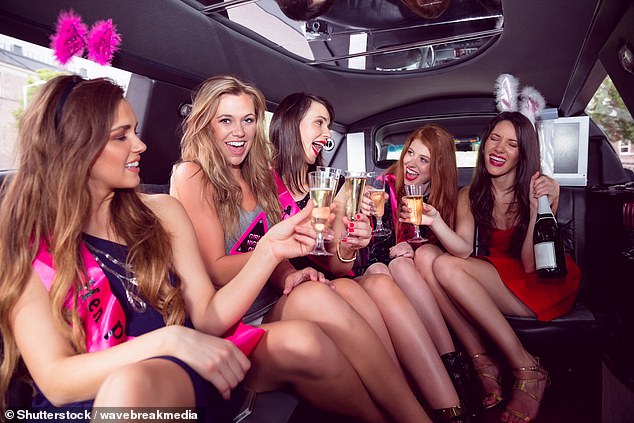 Burnley (not pictured) had spent the evening drinking at a hen night, and when she was unable to find a taxi she chose to hire an e-scooter (stock image)

‘The officer persuaded Burnley to stop and she identified herself,’ said the prosecutor.

‘The officer observed the her eyes were glazed and red and that her speech was slurred. Burnley failed a roadside breath test and was taken into custody where she provided a reading of 75 micrograms of alcohol in 100 millilitres of breath, the legal limit being 35.’

Chris Hogg, defending Burnley, said that she had been at a hen do in Cheltenham town centre and at the end of the evening the group had arranged for taxis to take them home. But the cabs failed to attend at the appointed time.

‘My client thought, incorrectly, that they could ride the e-scooters instead and legitimately hired one of them. They did not see anything warning them of the legal requirements and she rode the electric scooter thinking she wasn’t committing any offence.

‘She accepts that ignorance of the law is no defence. Burnley was due to start her new job with a pharmaceutical company today, but has put that on hold until the outcome of this court appearance.’ 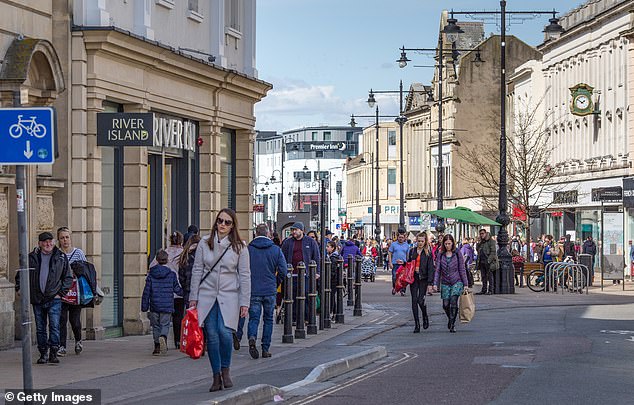 Electric scooters are available for hire in Cheltenham’s town centre (pictured), as the Government experiments to see if they can be used as a safe and environmentally friendly way to travel

District Judge Nicholas Wattam told Burnley: ‘It is to your credit that you admitted your offending straight away, and the penalty for this will be less severe for that reason.

‘I accept you were under a false impression that you were able to use an e-scooter on the road having drunk alcohol that had taken you over the drink-drive limit. An e-scooter is classified as a motorised vehicle for the purposes of the law.

‘This was a dangerous activity to be doing for which there has to be a penalty. You will be fined £500, which reflects the seriousness of the offence and you will be disqualified from driving for 18 months.’

The judge also ordered that Burnley pay court costs of £85 and a victim surcharge of £50.