World War 3: Turkey and Israel lock horns as US carries ‘on collision course’ with Ankara

President Erdogan and Israeli Prime Minister Benjamin Netanyahu have been engaged in a war of words for over a decade, though direct conflict has not yet ensued. This culminated last May when, following the US embassy being controversially moved to Jerusalem, Erdogan accused Israel of “genocide” and slammed the nation for being a “terrorist state”. Turkey’s support for Palestine, however, is not the only reason for rising tensions between the two nations, according to a leading Middle East expert.

Professor Yossi Mekelberg, a Senior Consulting Research Fellow at Chatham House, told Express.co.uk that Erdogan and Netanuyahu will continue to lock horns because of their identical leadership styles.

He added: “Both in Ankara and Jerusalem now, you have populist leaders.

“The tension between Erdogan and Netanyahu goes back more than 10 years ago so it won’t change as long as Erdogan is in power.

“Turkey has a bigger problem than Israel – and that’s Erdogan himself. 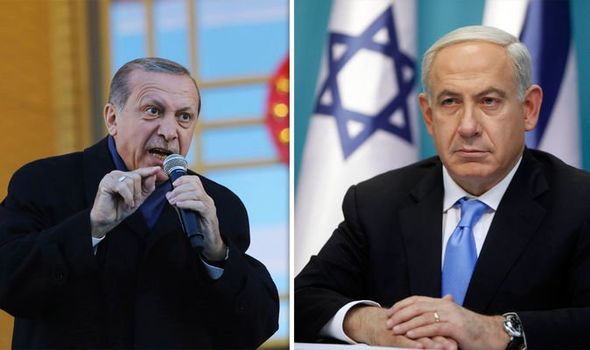 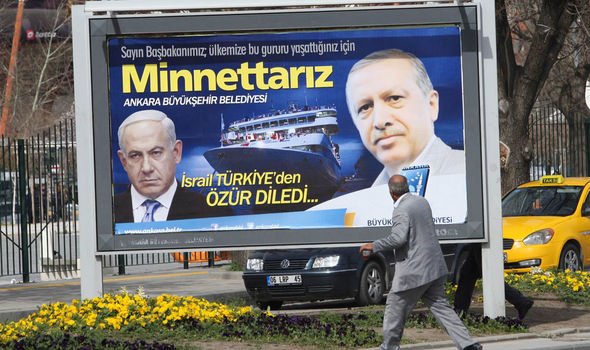 “And of course, with having a populist leader in Israel as well – the collision course is quite obvious.”

However, he adds that bizarrely, Turkey and Israel should technically be allies – they share common security and geopolitical interests in the region and beyond.

The Regent’s University academic noted: “If you look at the level of diplomacy, for instance, vis a vis Iran or in the Mediterranean, Turkey and Israel no doubt are allies.

However, the populist nature of both leaders – combined with a tendency to act the ‘strongman’ for their people – means conflict is always on the agenda, according to Mr Mekelburg.

He adds: “We live in a world where the leaders are devoid of any real interest, where they live in their own imaginary world.

“That’s exactly what is happening with Israel and Turkey.”

Turkey, of course, is having diplomatic issues with several nations – including perhaps the most powerful one in the US.

Though Erdogan and US President Donald Trump have not got on as well as the US President’s predecessor, relations are at risk of deteriorating further. 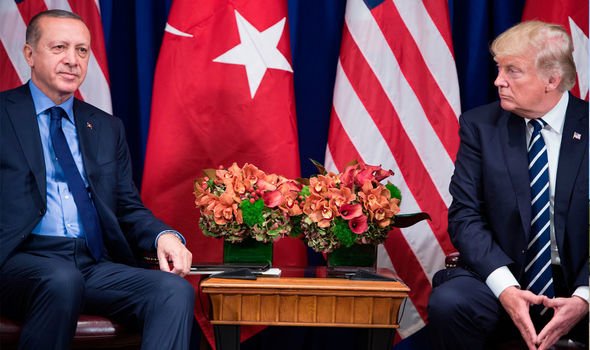 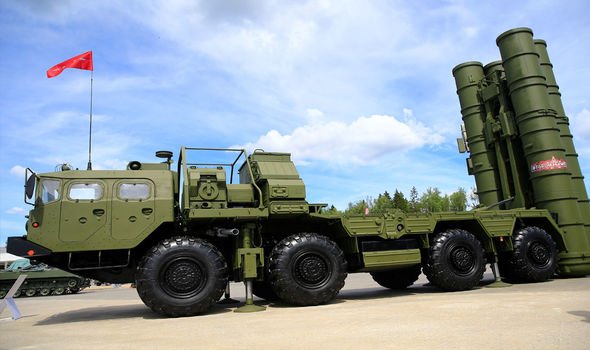 Turkey’s decision to purchase S-400 missiles from Russia instead of the US Patriot version angered the White House – who have threatened heavy sanctions on Ankara.

Mr Mekelberg claimed that it could create a flashpoint after years of tensions between Washington and Ankara.

He said: “I think Washington is on a collision course with Ankara over the weapons purchasing from Russia.

“So I think this has to do with NATO and the southern flank of NATO.”

Today, Erdogan doubled down on his nation’s stance, saying the purchase will go ahead in the face of US pressure.

He added: “The issue of S-400 is an issue directly related to our sovereignty and we will not backtrack from that. God willing, the delivery of the S-400 will start next month.”