THE world's silliest welder accidentally trapped his head in the railings while attaching a new metal bar.

The hilarious video shows the man attempting to get his head out between two steel rods before realising that there's no easy way out. 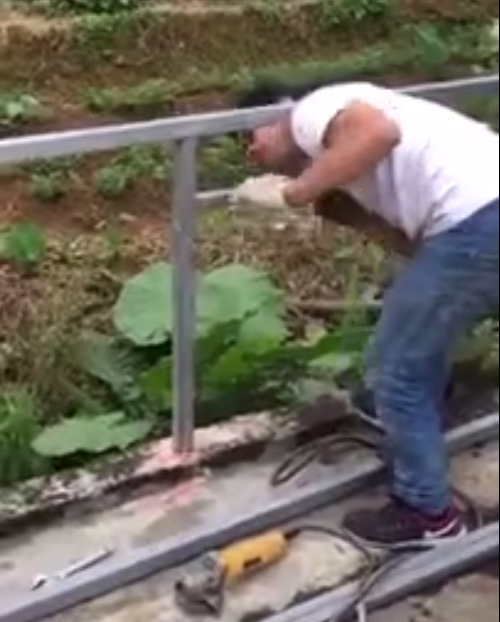 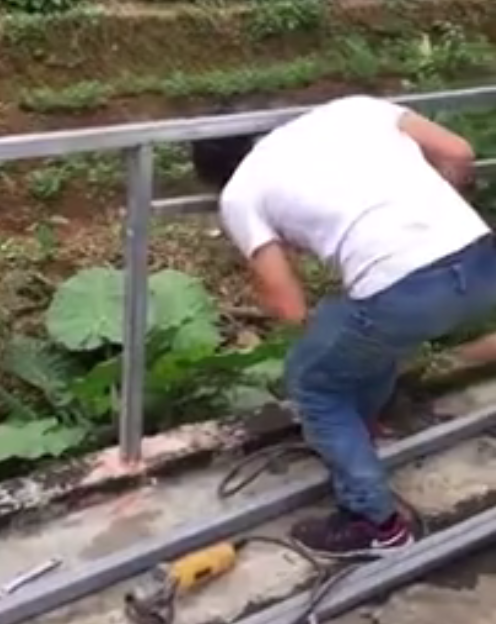 The 23-second clip shows the man standing on a raised platform surrounded by a pile of long metal bars.

He is then seen poking his head under the top bar, not realising that his head will get stuck doing so.

The footage, taken in an unknown location, then shows sparks flying as he attaches the metal bars together.

The bars then made the horizontal pole fixed into place, trapping his head in the gap.

The man then realises that he can't get out, and immediately drops his tools on to the ground.

Luckily, a saw was seen on the floor within arm's reach, prompting him to pick it up before cutting through the metal bars and yanking his head free.

Last month, a man got his head stuck in a bin after "looking for something inside".

The surreal incident unfolded in Glasgow when a passerby spotted the bizarre scene.

While another man was trapped by the neck between a train and the platform was freed after passengers worked together to push the carriage.

Commuters and police tried to rescue the man themselves before alerting railway workers, who called in fire crews with specialist equipment.

Rescuers put a large wooden block in the gap when they reached the scene before using a machine to expand it even more. 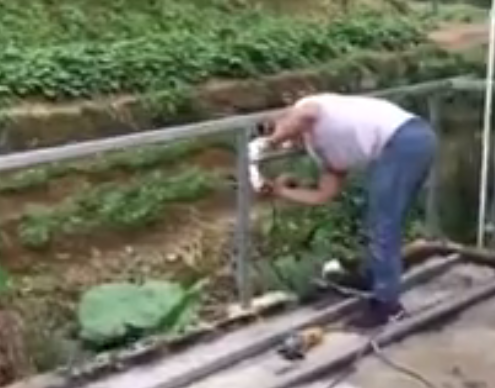 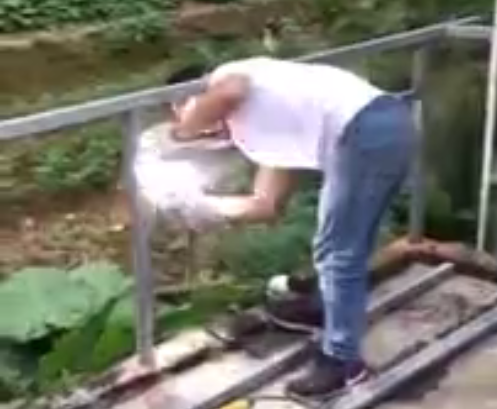 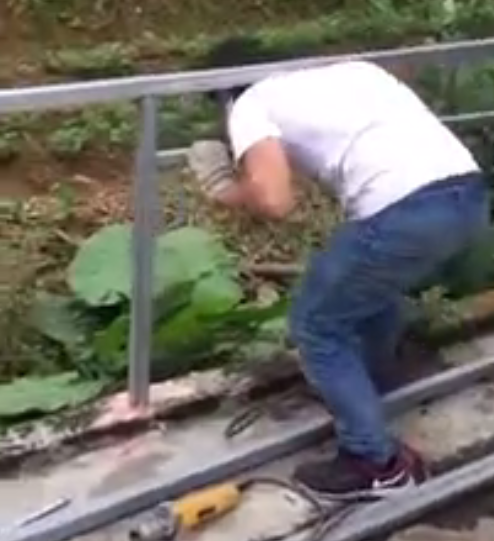