McMahon and Trump have a long history together, with the blond billionaire being involved with in a match at WrestleMania 23.

The two moguls faced each other via proxy – with Trump’s pick Bobby Lashley taking on McMahon’s champion Umaga.

And according to reports, the US President could be line with a return to the WWE.

It is claimed TV network FOX – which the blue brand moves to in the autumn – is the driving force behind the move.

The company – whose newscasts are a favourite of Trump – is pushing WWE to secure the the deal for their first episode on October 28. 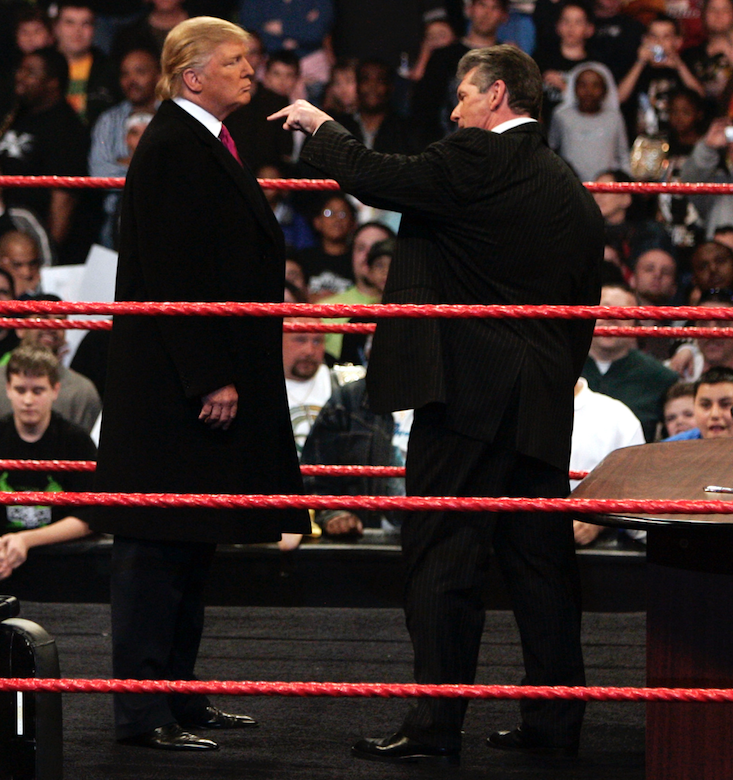 McMahon and Trump have had a working relationship since the 80s – with both WrestleMania 4 and WrestleMania 5 taking place at Trump Plaza.

He appeared heavily around both shows, and also gave an interview ringside at WrestleMania 20.

The US President has taken his wrestling history in his stride, even sharing gifs on his ever-fiery Twitter of him beating up McMahon.

WWE writers are already working on material for Trump based on the brief from FOX, reports Sportskeeda. 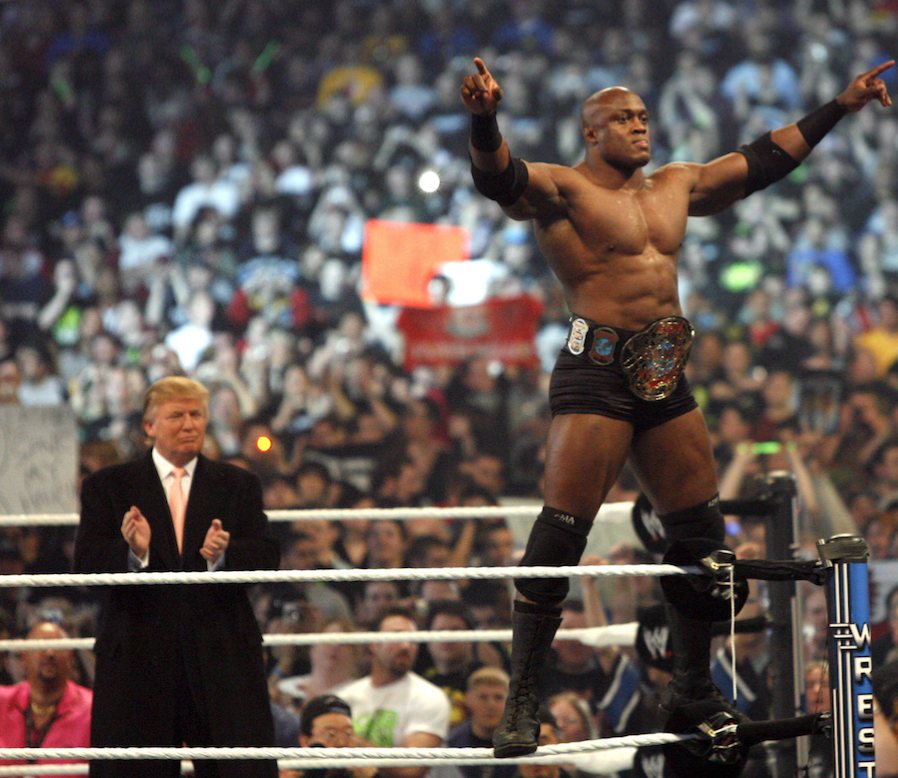 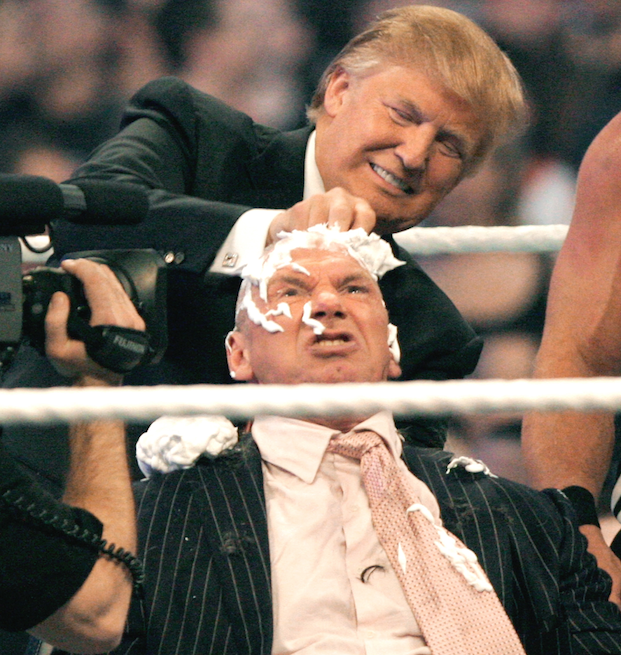 “FOX have asked for Trump so I’m trying to write something short and easy for him that makes him look good,” one source said.

“Vince doesn’t like us to say anything bad about Trump so I’m just doing the best I can.”

Politics is normally kept away from the wacky world of WWE, but the McMahons and Trumps are close.

Vince’s wife Linda even got a job in Trump’s early cabinet working with small businesses, before resigning in April. 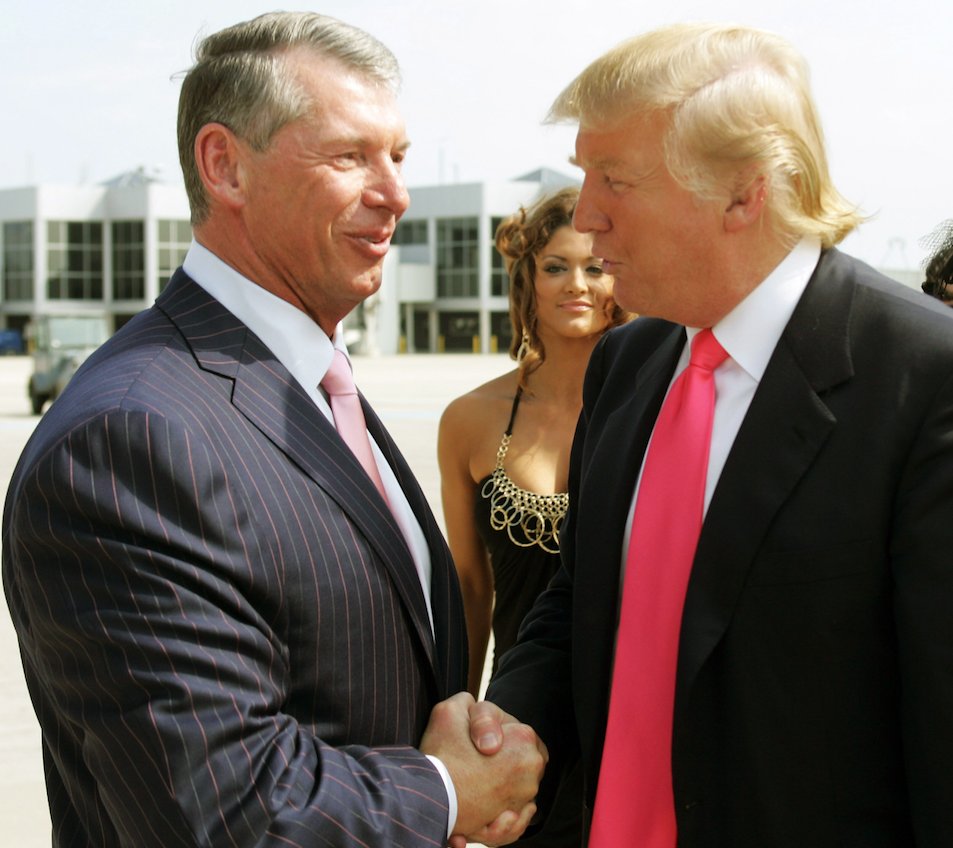 Linda also regularly used to appear in WWE, including a high profile storyline where she was left in a coma.

McMahon would taunt his wife as she sat wheelchair bound, even forcing her to watch as he beat up their son Shane at WrestleMania 17.

The crowd would then explode as she rose from her coma, only to blast Vince in the balls with a kick – helping to secure the win for Shane.

And despite all this, she ran for senate as a Republican in 2010 and now chairs the America First Action group, a pro-Trump political committee. 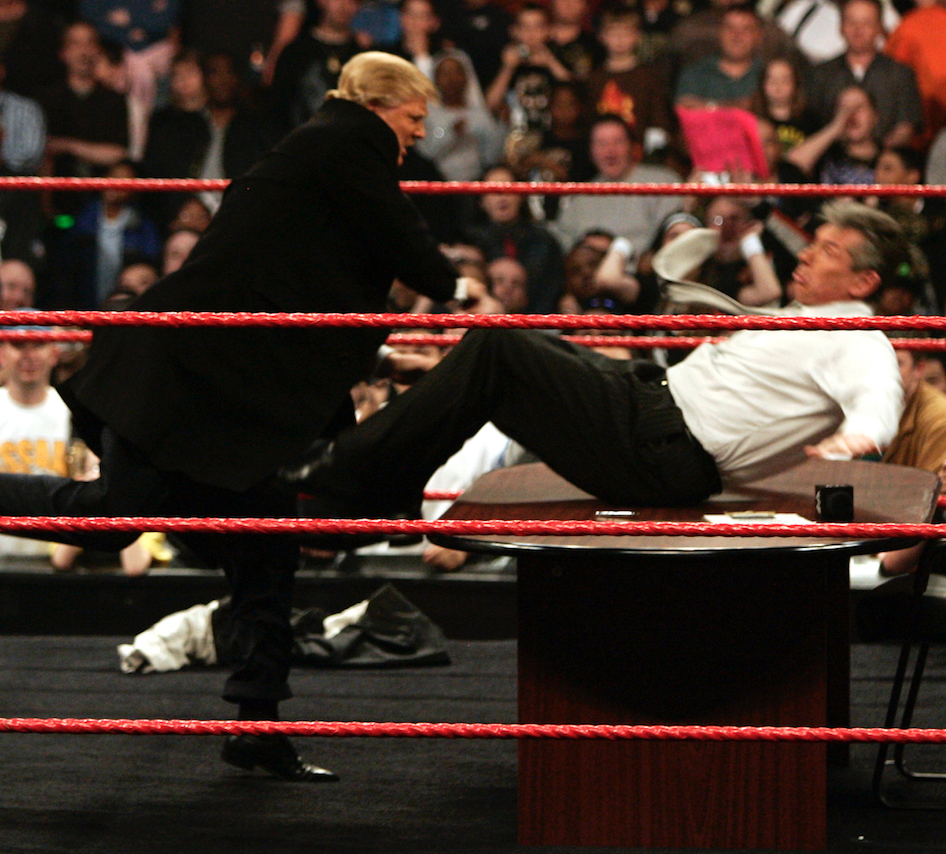 It is not unheard of for a sitting US President to appear in WWE, with Barack Obama delivering an address in 2012.

Obama previously appearing during his first presidential campaign in 2008, signing off with the line “Do you smell what Barack is cooking?”.

And given how much Trump dislikes Obama, surely anything he can do – The Donald can do better?

Trump continues to grapple with life in the White House and has kicked off campaigning for his second term in 2022.