Young footballer BREAKS the crossbar with a powerful shot

This is the incredible moment a young footballer causes a goal to collapse when he breaks the crossbar with a powerful shot.

The clip, believed to be filmed in Malaysia, captures two teams of children as they play a friendly game in front of a crowd.

One boy in red passes the ball to another member of his team as onlookers cheer from the stalls. 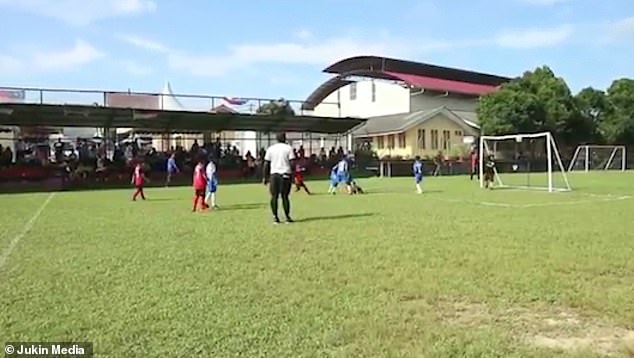 The clip, believed to be filmed in Malaysia, captures a friendly game of football between two teams of children

The second player then attempts to shoot the football into the back of the net when he is tackled by a group of three in blue – who all make a run for the ball.

But before they have time to recover from the tackle, a member of the red team is back in possession.

The young boy takes a few steps towards the football before launching it into the air, above the heads of four players, and straight into the crossbar of the goalpost.

The post immediately collapses to the ground as the goalkeeper watches in bemusement. 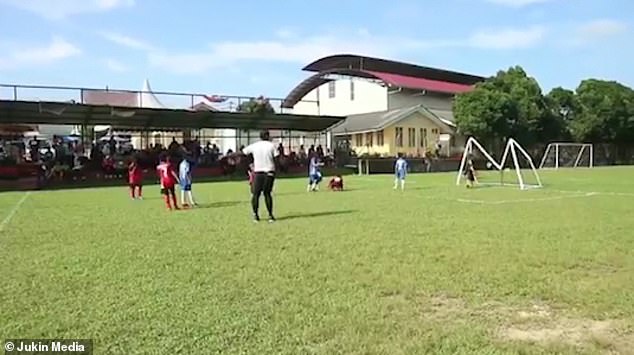 One boy, dressed in red, launches the ball over the heads of four players and straight into the crossbar of the goalpost 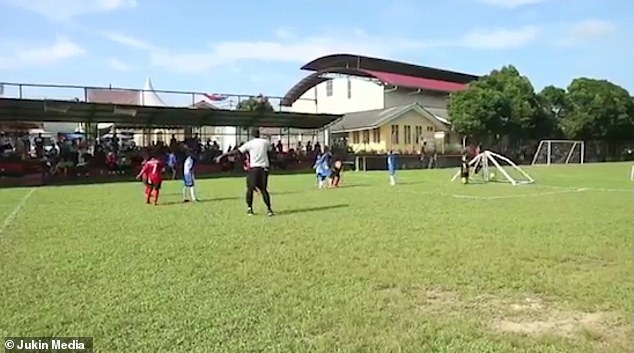 The football bounces from the post and into the net behind it – earning an impressive goal for the team in red.

A baffled referee blows his whistle to stop the game and moves towards the fallen post.

The cameraman laughs at the scene as the children walk around the pitch unsure of what to do next.