The newly strengthened Hurricane Zeta headed early Wednesday toward the Gulf Coast, where it is expected to bring dangerous winds and a life-threatening storm surge to Louisiana.

Packing sustained winds of 90 miles an hour and moving at 17 mph, Zeta is forecast to make landfall in southeastern Louisiana in the afternoon, according to the National Hurricane Center.

It will move close to the Mississippi coast on Wednesday evening, and then move across the southeastern and eastern US on Thursday, the NHC said.

New Orleans Mayor LaToya Cantrell said on Twitter that the city could take a “direct hit” and urged residents to evacuate vulnerable areas or stock up on emergency supplies of food, water and medication.

“Again we stand ready and prepared and wanting to, again, encourage our people to not have fatigue as relates to being prepared,” she said, according to CNN.

The city remains traumatized from 2005’s Hurricane Katrina, which flooded 80 percent of the city and killed more than 1,800 people.

Heavy wind, rain and surge that could reach up to 8 feet above normal tide are forecast to hit the US coast by midday, according to CNN meteorologist Michael Guy.

“No one should be complacent because it’s late October, and it certainly feels like hurricane season should be behind us,” Edwards said.

The president later declared that an emergency exists in the state and ordered federal assistance.

“The President’s action authorizes the Department of Homeland Security, Federal Emergency Management Agency (FEMA), to coordinate all disaster relief efforts which have the purpose of alleviating the hardship and suffering caused by the emergency on the local population, and to provide appropriate assistance for required emergency measures,” read a statement from the White House.

Alabama Gov. Kay Ivey issued a state of emergency Tuesday, saying Zeta isn’t expected to be as bad for the state as earlier storms, but that residents still need to be prepared.

“I encourage everyone to remain weather aware and tuned in to their trusted news source as this storm could shift direction or change intensity,” Ivey said.

Zeta’s projected path takes it just south of the New York City area by Thursday afternoon, when the forecast calls for rain throughout the day, with a north wind of about 8 mph, according to the National Weather Center.

“New York City will be hit pretty hard by the rain in the afternoon,” AccuWeather meteorologist Bill Smerbeck told The Post, adding that about a half-inch of precipitation per hour is expected on Thursday. 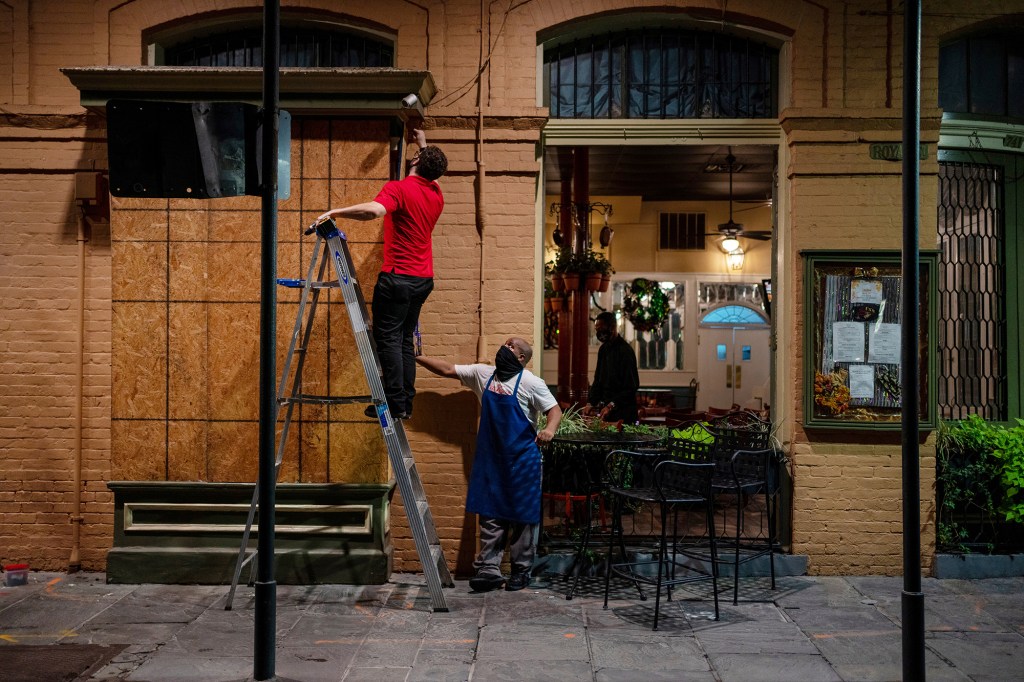 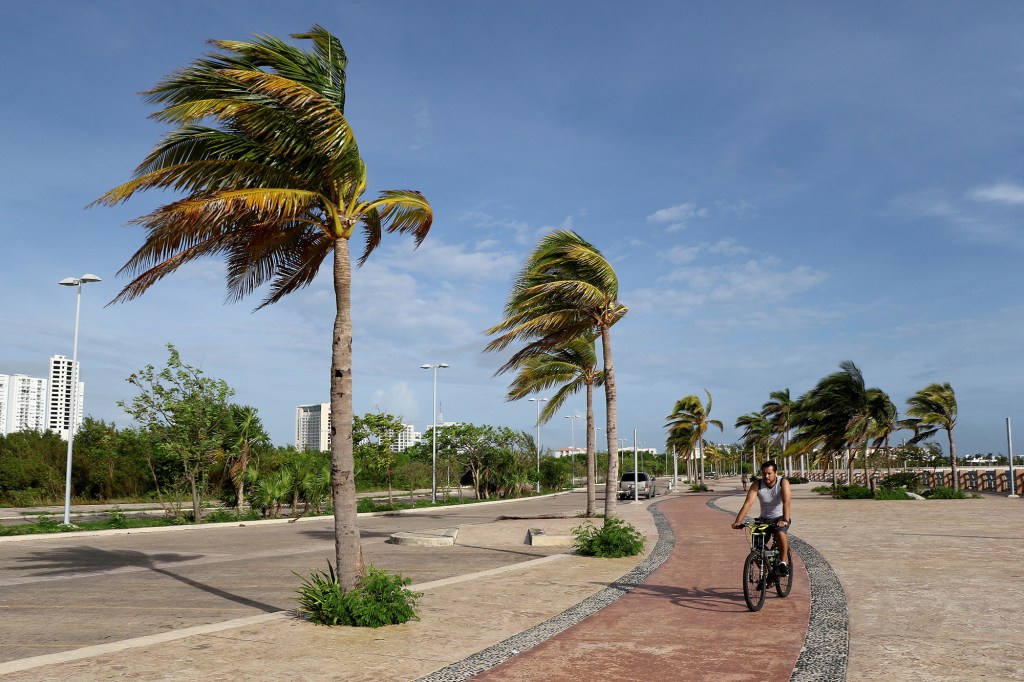