Zut alor! French MP calls for mockery of accents to be made ILLEGAL

Zut alor! French MP calls for mockery of accents to be made ILLEGAL

A French MP has said someone’s accent should be a protected characteristic along the lines of sex and race, and that mocking it should be made illegal.

Avia’s suggestion came after French politician Jean-Luc Melenchon derided a journalist’s pronunciation at a press conference and asked if anyone else had a question in ‘understandable French’. 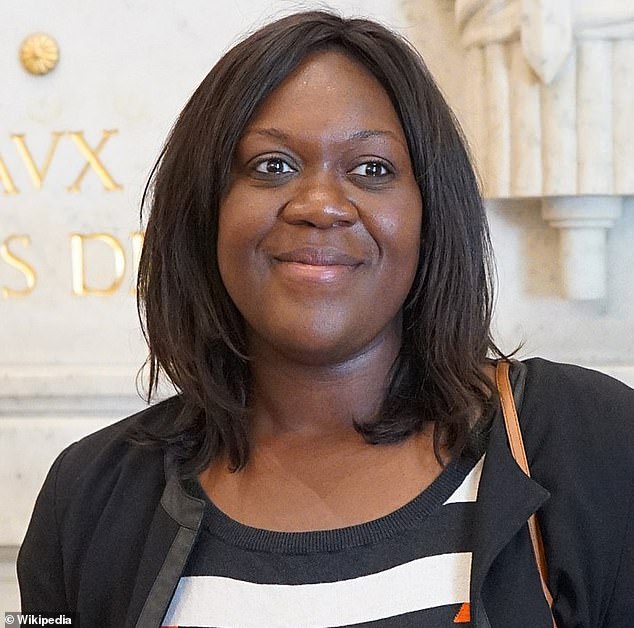 Laetitia Avia, a member of the National Assembly for Paris who represents Emmanuel Macron’s ruling party, has suggested on Twitter that linguistic discrimination should be made illegal

‘Do we speak French any the less with an accent. Must one suffer humiliation if one doesn’t speak standard French? Because our accents are our identity, I am tabling a bill to recognise glottophobia as a source of discrimination’ 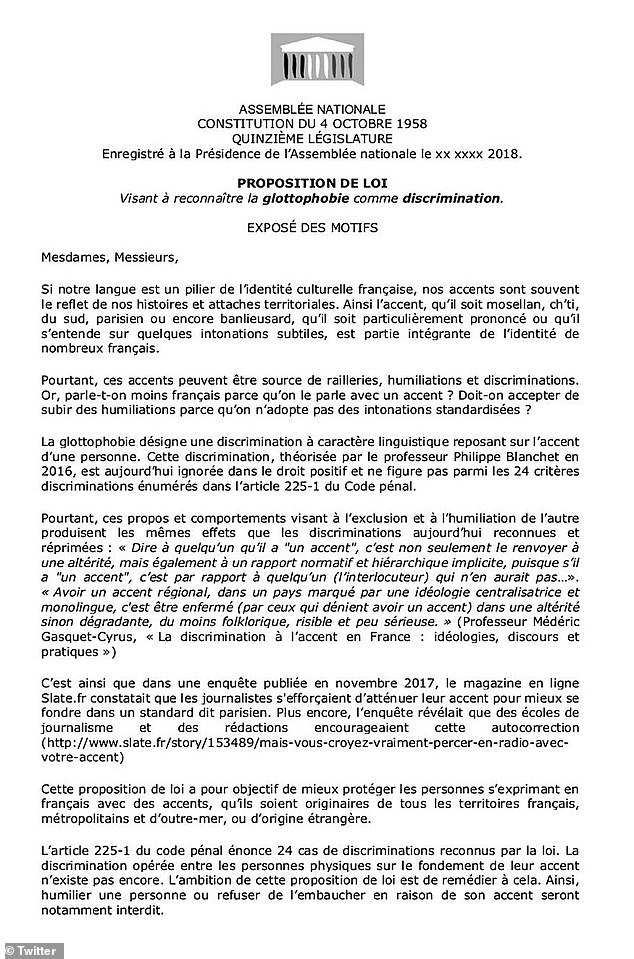 A French MP on Thursday announced the tabling of a bill to outlaw regional linguistic discrimination, ‘glottophobia’, after a prominent politician mocked a journalist’s southern accent

The journalist, who was from Toulouse in southwest France, had asked the former presidential candidate about an anti-corruption investigation into his hard-left political party, La France Insoumise.

Melenchon mimicked her accent, saying she was ‘talking nonsense’ before turning away and asking: ‘Has anyone got a question in more or less comprehensible French?’

A clip of the awkward exchange has been widely circulated on social media and was shared by Avia herself.

She had previously taken to Twitter to propose that discrimination based on pronunciation, whether regional or foreign, should not be tolerated. 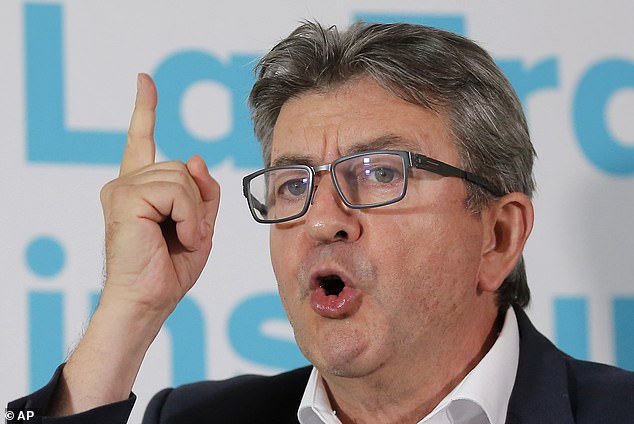 ‘Do you speak poorer French if you have an accent? Do people have to endure humiliation if their pronunciation is not of the standardized kind,’ she wrote.

A French linguist recently coined the term ‘Glottophobia’ (Glottophobie in French) which means linguistic discrimination, exclusions or unjust treatment of a person based solely on their ways of speaking a language (for example with a regional accent).

It can also be used to describe prejudice against those who speak other, lesser valued languages ​​(such as a regional language) instead of the expected, imposed, and overvalued language. 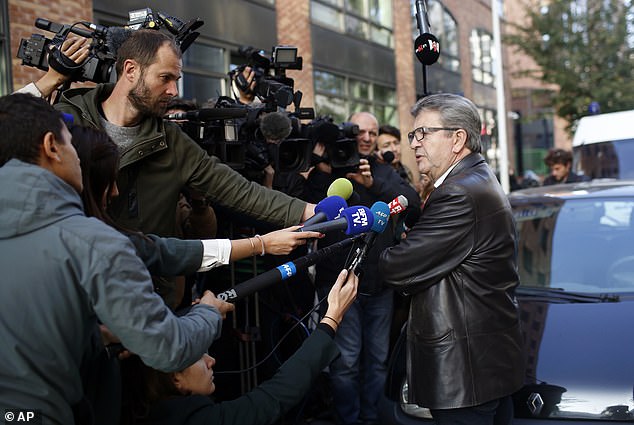 French far-left leader Jean-Luc Melenchon (right) speaks to media as he arrives for a hearing at the police headquarters, in Nanterre, France. The Paris prosecutor says that an investigation has been opened against him for intimidation and violence against anti-corruption investigators

Melenchon, who crashed out in the first round of the Presidential election won by Macron in May 2017, has garnered a reputation as a somewhat tempestuous politician.

His party and election campaign are currently under investigation by French justice officials after reports emerged of irregular financing.