However, the road to her three adorable sons wasn’t the easiest, as the star suffered from secondary infertility, struggling to conceive after giving birth to her oldest son, Calvin.

The host has also opened up about her heartbreaking 2019 miscarriage, and though she and her husband Brian Fichera had initially opted to keep their journey private, there was one co-star who was there through it all, none other than Hoda Kotb.

MORE: Today’s Dylan Dreyer asks for votes as she celebrates exciting news about her children’s book

In honor of the host’s 58th birthday, which was on 9 August, Dylan’s husband took to Instagram to pen a heartwarming tribute to the host, revealing how instrumental she was through their tough fertility journey.

Brian shared a photo which captures Hoda giving her back to the camera, as she walks through the beach while carrying one of the couple’s sons.

In his caption, he told the story of the morning the mom-of-three suffered from a miscarriage. He first started: “Hoda. Is. Love,” before explaining: “Dyl Cal and myself (back when we were a family of 3) had plans on a Saturday morning to see Sesame Street Live with Hoda and her family.”

Early that morning, Dylan had a miscarriage, though her husband revealed in the caption: “Numb to the news and with a feeling of total helplessness Dyl made the decision that we would continue with our day as planned.”

MORE: Dylan Dreyer praised for her transparency amid family vacation with her children

Recalling the moment they first met on the train, he said: “When Cal and I found our seats Hoda asked where Dylan was… I just blurted out [that] she had to stop at the doctor’s office. It wasn’t lost on Hoda that it was Saturday morning and there was a good chance this wasn’t exactly a scheduled doctor’s visit.” 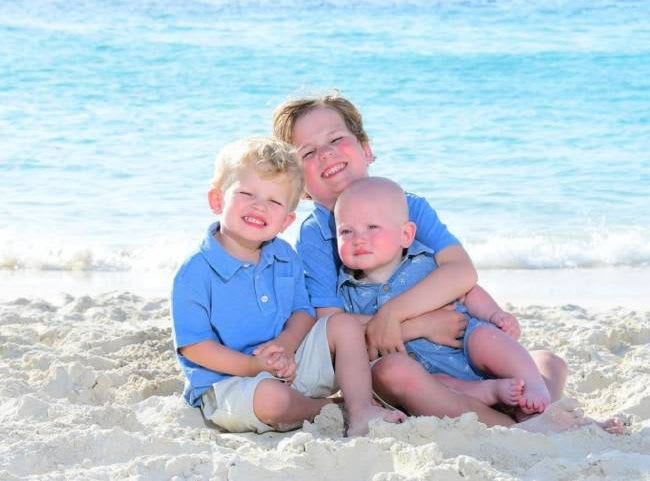 Brian remembers telling Hoda what happened, during what was their first one on one together, and how “without hesitation she gave me a hug.” He then endearingly added: “The weight of the world was infinitely lighter because @hodakotb was there at the drop of a hat to help me lift it. Thank you.”

Following the heartfelt tribute, the comments were promptly inundated with followers thanking Brian for opening up as well as any commending the Today host. They wrote: “So beautiful. What a special person she is,” and: “We all need a Hoda in our life,” as well as: “What a beautiful story and tribute to an amazing lady.”