BBC Breakfast presenter Naga Munchetty, 47, has been forced to say goodbye to yet another beloved colleague, shortly after Dan Walker’s departure to Channel 5 News. The journalist took to Twitter to admit that the news would mark “a huge loss” for her and everyone else at the BBC.

Naga shared an emotional response after Secunder Kermani announced he would be leaving his BBC role as the broadcaster’s correspondent in Pakistan and Afghanistan in favour of a new job at Channel 4 News.

Secunder wrote in view of his 60,000 followers earlier this week: “Pleased to say I’ll be joining @Channel4News as a foreign affairs correspondent later this year based out of London…

“Am looking forward to working with a great team on stories right across the world.”

Naga was one of many to wish Secunder the best of luck in his new role with the BBC’s rival news channel. 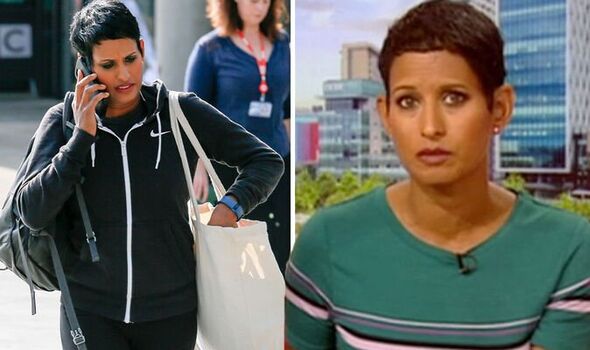 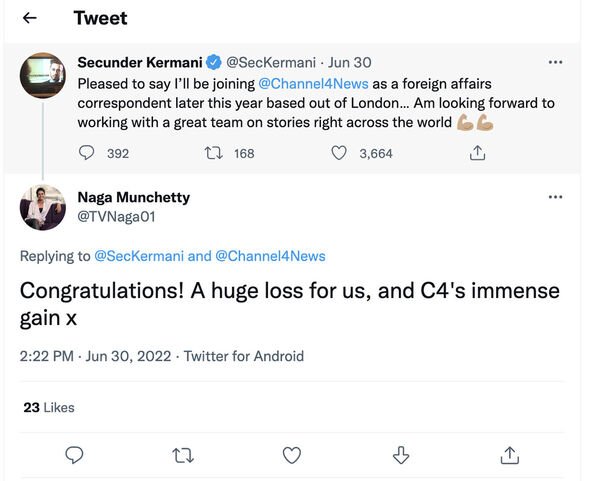 She emotionally penned in view of her 273,000 followers: “Congratulations!

She replied: “Congratulations to a brilliant colleague. Sorry to see you go though!” 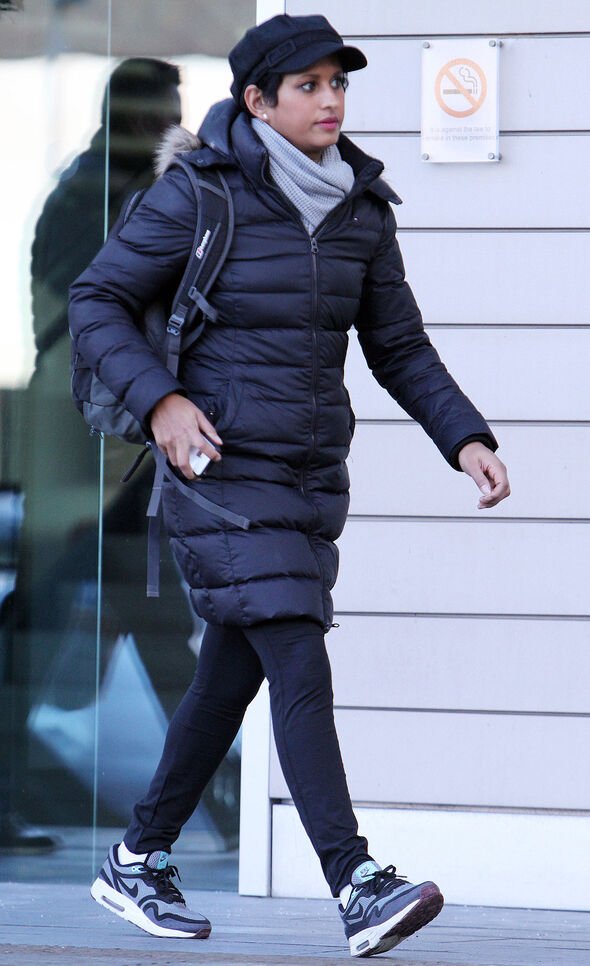 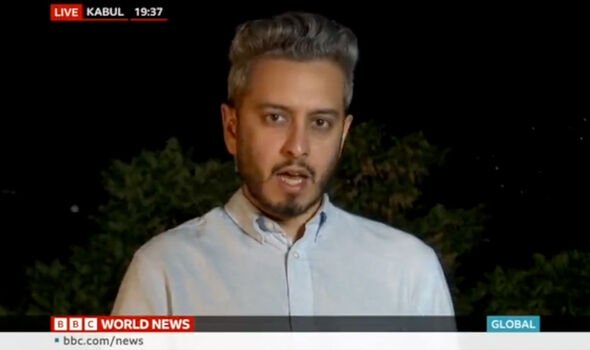 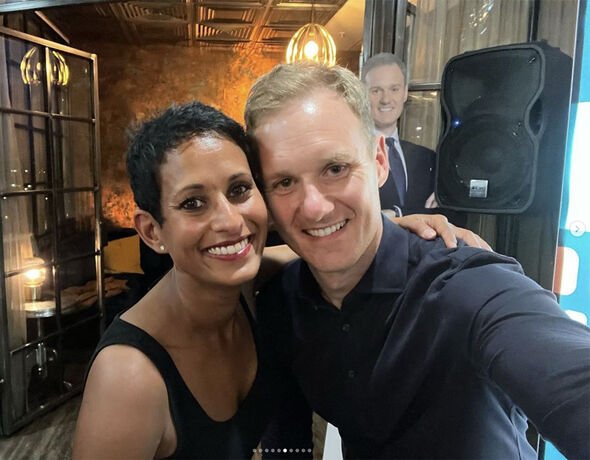 “We’re much the poorer for you going.”

The journalist went on to add that he was feeling “deeply emotional” over leaving the BBC.

Secunder penned: “At the same time, it’s a deeply emotional moment leaving the BBC, and I’m hugely grateful for all the opportunities and support I’ve been given by colleagues & managers whilst here in Afghanistan / Pakistan, as well as previously at Newsnight and BBC London.”

Naga and Dan often fronted BBC Breakfast together before his departure in May.

Naga attended her co-star’s leaving do at a secret Salford bar near the BBC Breakfast studios in Manchester.

The BBC Radio 5 Live presenter was featured in a selfie with Dan in a series of snaps he posted to Instagram to give fans an insight into his farewell party.

Dan wrote in an emotional caption: “What a wonderful evening with friends and family at my leaving do tonight.

“So many surprises and just so much fun being together with so many gorgeous humans.

“Thanks to everyone who came. I will miss you all.”

Naga commented in response to his post: “Have a ball Dan x.”