Affleck, 50, donned a sepia sweater with a brown blazer and grey pants, sporting a beard on the fall day in Southern California.

The A-lister donned sunglasses and rounded out his ensemble with brown shoes as he was seen at an office building, firing up a cigarette as he left. He was also spotted refueling at a gas station. 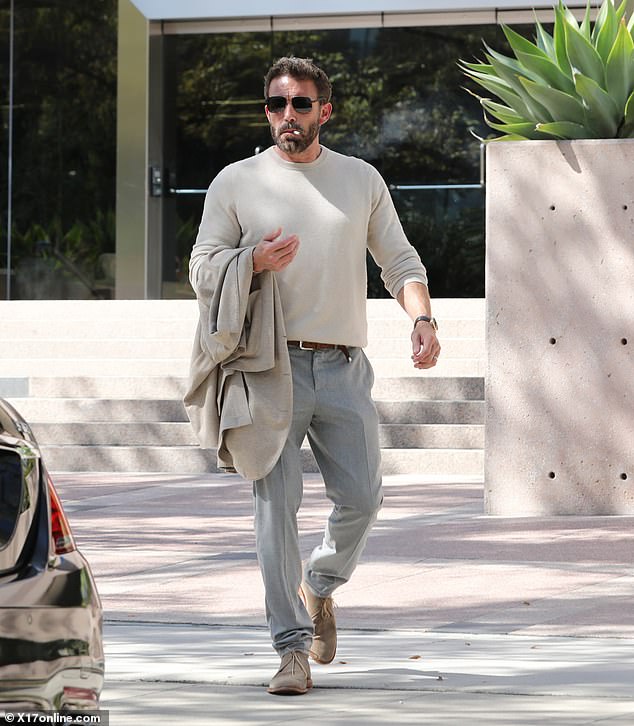 The latest: Ben Affleck, 50, was seen running errands in Los Angeles on Wednesday, donning autumn colors on the busy weekday

One of the wedding officiants, former monk and podcaster Jay Shetty, told Entertainment Tonight Saturday that the event was ‘absolutely beautiful.’

He noted, ‘I’m gonna let them share more. But it was truly special – it’s beautiful to celebrate love.’

Shetty told the outlet that he has been worked with Lopez for years. 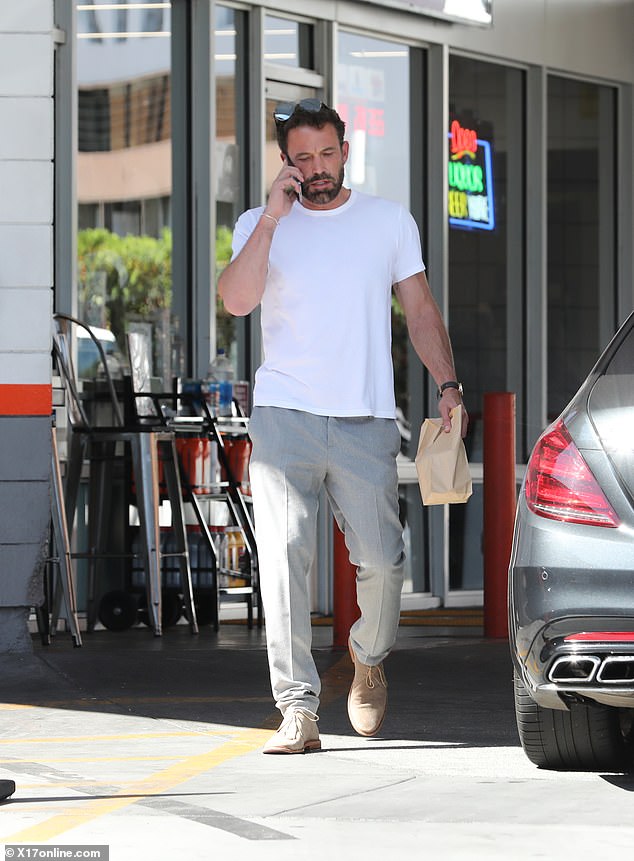 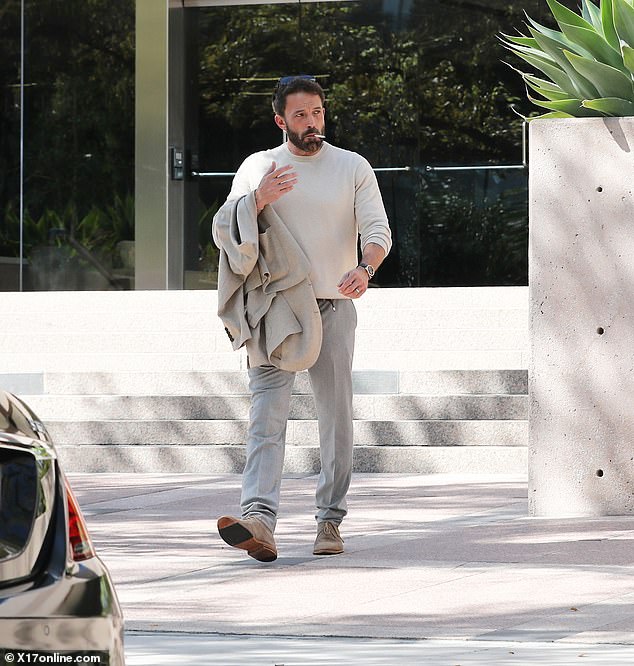 Affleck is more than a month removed from his August 20 wedding to Jennifer Lopez, 53, at his estate outside of Savannah, Georgia

‘I met Jennifer a couple of years ago,’ Shetty told the outlet. ‘She’s just been absolutely phenomenal. We’ve collaborated a bunch of times and I got to meet Ben through the process, which was wonderful.’

Affleck is father to three children with ex-wife Jennifer Garner, 50 – daughters Violet, 16, and Seraphina, 13, and son Samuel, 10. Lopez is mother to twins Emme and Maximilian, 14, with ex-husband Marc Anthony, 54. All of the children were at the wedding.

Lopez has spoken about her wedding day on her newsletter On The JLo, saying of her union with the actor: ‘The twenty years between those dreams of youth and the adult world of love and family we embraced that day, brought more to this marriage than either of us ever could have imagined.

‘We weren’t only marrying one another; we were marrying these children into a new family. They were the only people we asked to stand up for us in our wedding party. To our great honor and joy, each one did.’