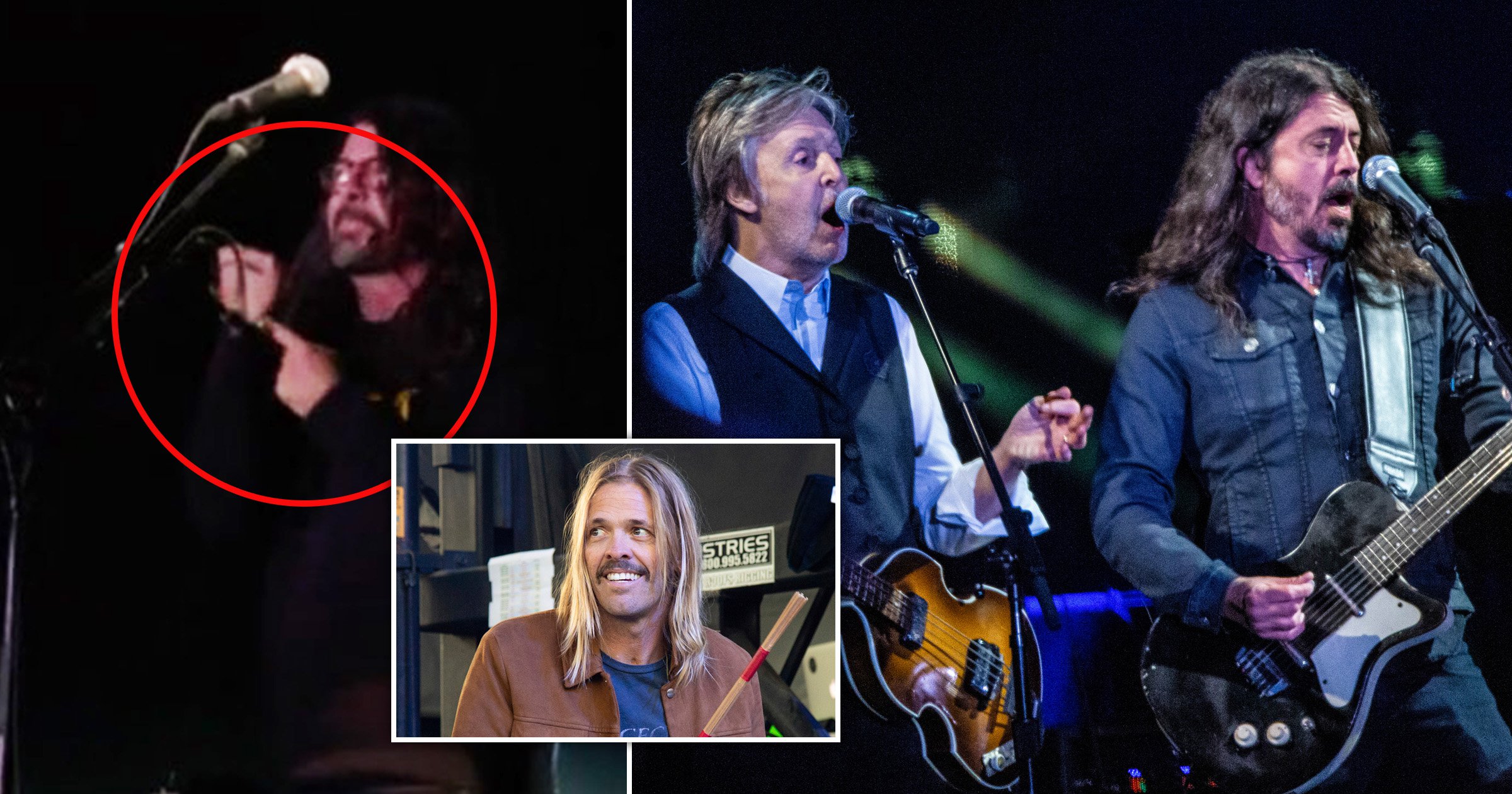 Dave Grohl left fans emotional after he appeared to reveal his new tattoo in tribute to his late Foo Fighters bandmate Taylor Hawkins at Glastonbury this weekend.

Grohl, 53, made a surprise appearance at the Somerset music festival on Saturday night, joining Sir Paul McCartney on stage as the Beatles legend headlined the event’s second day.

It was the former Nirvana star’s first public appearance since Hawkins died suddenly at the age of 50 in March while Foo Fighters were on tour in Colombia.

As he rocked out alongside Sir Paul, 80, viewers noticed Grohl was sporting ed a large ‘T’ on the back of his right hand, appearing to be a tribute to his late friend and bandmate. At one point, Grohl even pointed to the tattoo while Sir Paul was hugging Bruce Springsteen, who also appeared as a special guest during the set.

It’s not known if it’s a real tattoo or simply a temporary tribute as Grohl made his return to the stage.

Grohl’s touching tribute to Hawkins left fans emotional, with one tweeting: ‘Dave Grohl pointing to the Taylor Hawkins tribute tattoo on his hand at the end of the #PaulMcCartney set nearly damn finished me off. RIP Hawk.’

Another said: ‘Lovely moment at end of #PaulMcCartney set when #DaveGrohl pointed to his hand and showed a T tattoo for deeply missed #TaylorHawkins.’

‘Loving Dave Grohl ‘T’ tattoo on the back of his hand…..#Taylorhawkins with him everytime he’s playing guitar on stage now,’ one said.

Sir Paul introduced Grohl to the stage, telling the audience: ‘I’ve got a little surprise for you. My friend from the west coast of America, Dave Grohl.’

The pair went on to entertain the audience with a medley of songs including Band On The Run, before Springsteen arrived for his guest spot.

Grohl and the Foo Fighters will return to the stage in just a few months time to perform a host of tribute concerts for Hawkins at Wembley Stadium in London and the Kia Forum in Los Angeles. Special guests will include Liam Gallagher, Roger Taylor and Dave Chappelle.