True love found in a ’90s movie? All too real and still going strong today!

When they first met on the set of I Know What You Did Last Summer, Freddie Prinze Jr. and his now wife Sarah Michelle Gellar didn’t know they would be taking their first steps toward a lifetime of happiness together. In fact, they didn’t connect at first at all!

While promoting his new Netflix rom com, Christmas With You, the happy husband recalled his first memories of Gellar while on set of their 1997 horror film. He began by explaining to Entertainment Tonight how different they were — and how it ended up working for them:

“ didn’t think she ate enough so I made sure I cooked for her.”

But it was something else she didn’t know how to do that really sealed the deal on the pair getting together:

“And she didn’t have a driver’s license so I was her chauffeur, and I would drive her to the gym every day and then go to the store, go get myself some lunch and then drive her back and we would just have an hour drive.”

So much time to talk! They filmed in a “tiny little crazy town” in North Carolina called Southport — meaning they had another hour-long drive together whenever SMG wanted to go to the city!

“I would drive her to Wilmington every day that we had off, every day during rehearsals and we would have you know 55 minutes — if I drove the speed limit — to get to know one another.” 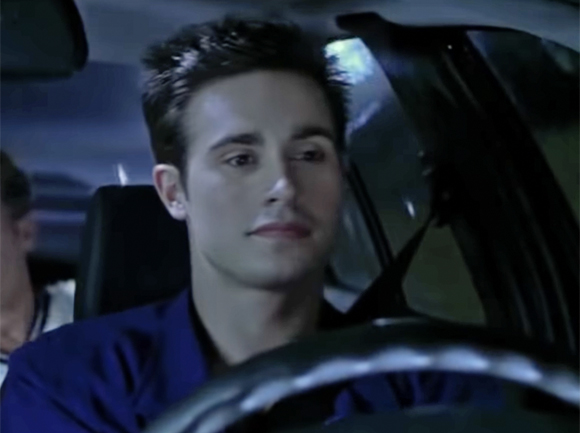 Sounds like the She’s All That star was truly enamored by the Vampire Slayer from the start, making sure he used his time with her wisely… But actually it was very much like a rom com IRL in that they seemed totally wrong for one another at first! He continued:

“She was from New York City and I am a SoCal kid, so we were night and day, and it was just our philosophies on life just never clicked.”

Yep! They were just very different friends until…

“Then one day everything clicked, and it was about probably three years later, and we started dating and she’s been my girlfriend ever since.”

Opposites attract! The lovebirds went on to tie the knot in 2002, and now share two children, 12-year-old Charlotte and 10-year-old Rocky. As for how Freddie keeps his best lady happy, the 46-year-old actor playfully revealed:

“I hesitate at giving advice because what’s good for me may kill another, just like peanut butter. My mom was a chef and I learned how to cook, and I married someone who couldn’t cook. So I’m necessary. She needs me to live and sustain herself. Number two is laughter. I still make her laugh.”

LOLz! Freddie and Sarah just celebrated their 20-year wedding anniversary in September, and we wish them nothing but happiness on their continued journey of love! Reactions to Freddie’s recollection, Perezcious readers? Let us know in the comments (below)!