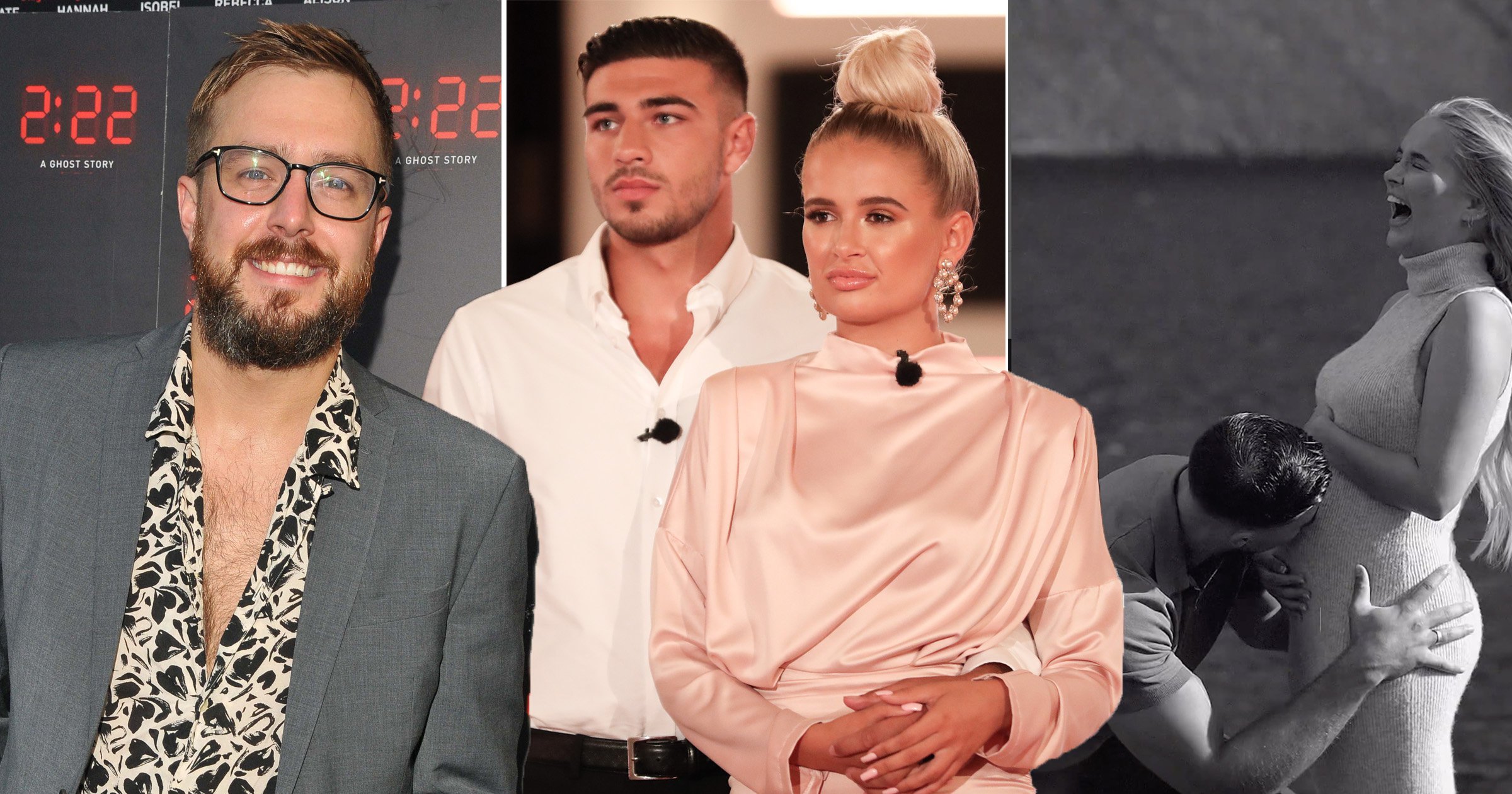 Iain Stirling says he was ‘convinced’ Molly-Mae Hague and Tommy Fury would go far when he first saw them interact in the Love Island villa.

The Love Island narrator has been part of the show since it was rebooted in 2015, and has seen dozens of potential couples look for love on the popular ITV2 dating show.

And with the recent news that the blissfully loved-up Molly-Mae and Tommy are expecting their first child together, it comes as no surprise to the Scottish comedian.

In a new interview with Metro.co.uk, Iain spoke like a true matchmaker as he declared he was ‘convinced’ the pair would work as soon as they got together.

‘I was convinced!’ he insisted. ‘When I saw those two together, I thought “Put a baby in her already, this is done!”‘

‘I’ve never seen a more suited couple in my life,’ he admitted.

‘Genuinely, there are [couples] where you think “Aw yeah, they’ve done well.” And you can also sort of tell in the months [after].

‘In terms of that incredible shift: you’re in a house with 12 other people for two months and now you’re just in the general population again with like, electricity bills, places to be, family and friends, and how that adjustment works.

‘And from the looks of things they’ve adjusted very well and now they’re having a child which is a very good thing to do.’

Iain, who is himself a father to a one-year-old baby girl Stevie with wife and former Love Island presenter Laura Whitmore, went on to reveal his favourite-ever couple from the dating show – but it isn’t the new parents-to-be.

‘Of all time, I was always a big fan of Jon [Clark] and Hannah [Elizabeth] in series one. I’ve always had a soft spot for them, a sort of Essex geezer and former Playboy bunny from Liverpool.

‘They were brilliant and full of character – totally right for each other but totally wrong for each other. And they both seemed like really genuine and lovely people, so I’ve always had a soft spot for those two.’

While the couple famously got engaged on the show after just weeks of knowing each other, unfortunately things weren’t to be for Jon and Hannah, who split shortly after the show ended after a row while on holiday.

The early series of the show are almost unrecognisable to the more preened version airing these days, with Iain describing the first season as ‘a different era.’

Reflecting on the differences between the show from its early days, he said: ‘It’s wild when you watch some of those clips from season one and they’re all just there like smoking and stuff! It feels like a different era.

‘Everyone is so healthy these days. And I mean that in the best possible term, but what would they do in [the smoking area] now? Yoga or something. A Pilates zone.

‘Nobody went to the gym in the first few series which was mad!’

And when it comes to alcohol in the early series, Iain admits he’s not sure ‘how much they boozed… I think it was more than they do now but I still think it wasn’t that much.

‘It was the smoking really. Just absolutely inhaling the fags!’

Elsewhere in the same interview, Iain spoke about his excitement for wife Laura’s career after she stepped back from the Love Island presenting role after the most recent series came to an end.

‘Laura is an incredible talent,’ he gushed.

‘She’s got so many strings to her bow, it’s a really exciting time for her really.

‘As her husband I’m really excited to see what she’s got planned because sometimes even I can’t keep up!’

Laura, who took over the role from Caroline Flack in 2020, has since begun her first West End acting role after joining the cast of 2:22 A Ghost Story.