Like mother, like son! Jade Goody ‘once begged EastEnders bosses to cast her as a barmaid or stall holder in soap’ as son Bobby Brazier bags new role in Walford

Jade Goody once pleaded with EastEnders bosses to be cast as barmaid or stall holder in the BBC soap as it’s revealed her son Bobby Brazier has bagged a role.

The Big Brother legend, who died in 2009 aged 27 after being diagnosed with cervical cancer made no secret of her love for the show and in 2006 petitioned two of its stars to talk to their bosses about securing her a role.

The Bermondsey born TV star, who grew up in Dickens Estate asked the soap’s former cast members Kara Tointon (Dawn Swan) and James Alexandrou (Martin Fowler) to put in a good word for her after meeting them at the V Festival. 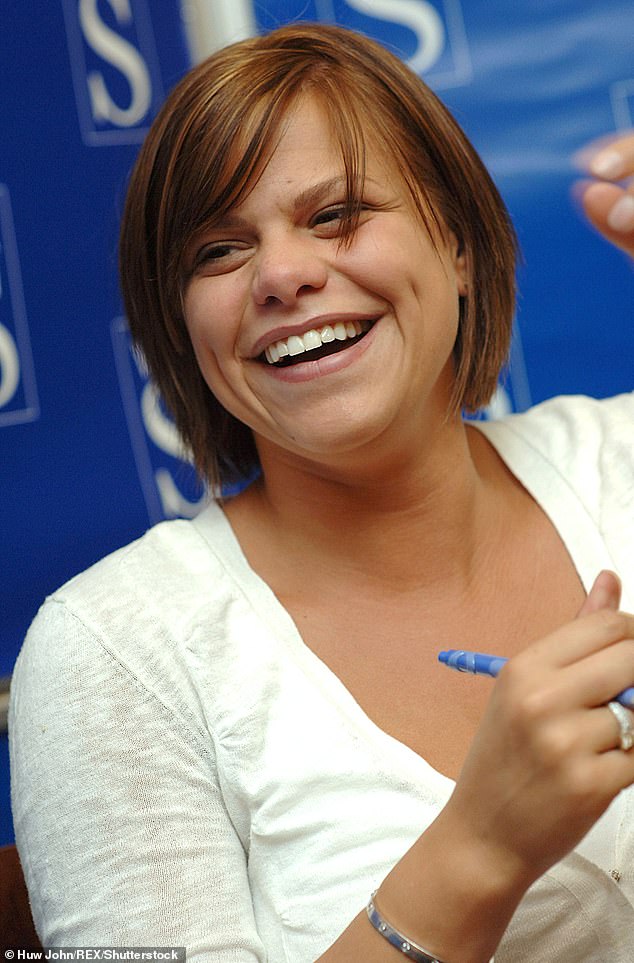 Fan: The late Jade Goody once pleased with EastEnders bosses to be cast as barmaid or stall holder in the BBC soap (pictured 2006) as her son Bobby Brazier bags himself a role

Now, 16 years later, her model and actor son Bobby has won himself a leading role as a member of the Slater family.

The 19-year-old model is set to appear on the square this autumn playing Freddie, the son of Little Mo, who was last seen in Walford in 2006.

Discussing landing his TV role, Bobby revealed he is ‘grateful’ for the opportunity and is ‘excited’ to join the EastEnders team. 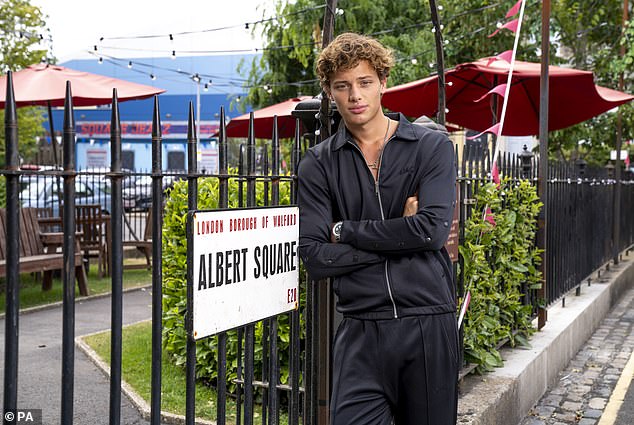 He said: ‘I’m very grateful. Loving every minute of Freddie so far. I’m really excited to be joining the cast of EastEnders – so far it’s been perfect.

‘Everybody has been so beautiful to me and made settling in easier than I could’ve hoped. Stepping into the acting world has always been a vision of mine and doing that with EastEnders as a Slater is a blessing.

‘I’m very grateful. Loving every minute of Freddie and can’t wait to see what’s in store for him in Walford.’ 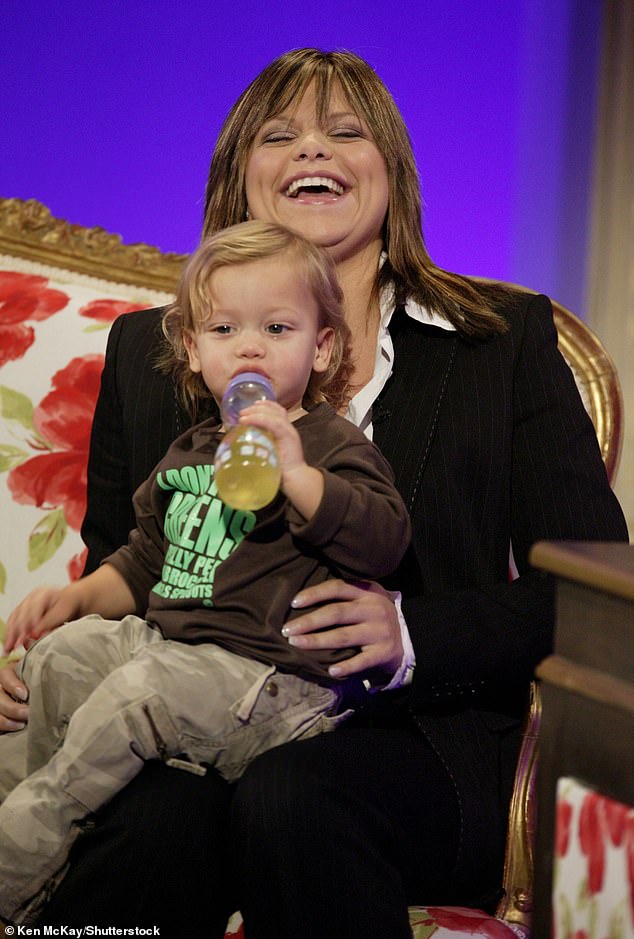 Tragedy: The role has been recast with Bobby – who is the son of the late Jade Goody – who tragically died in 2009 of cervical cancer at the age of 27 (pictured in 2004)

Bobby is currently busy filming Freddie’s comeback, 16 years after the character was last seen on screens as a two-year-old.

Freddie was born after Little Mo, played by Kacey Ainsworth, was raped by her friend, Graham Foster.

She refused to abort the baby, leading to the break up of her marriage to then husband, Billy Mitchell, played by Perry Fenwick. 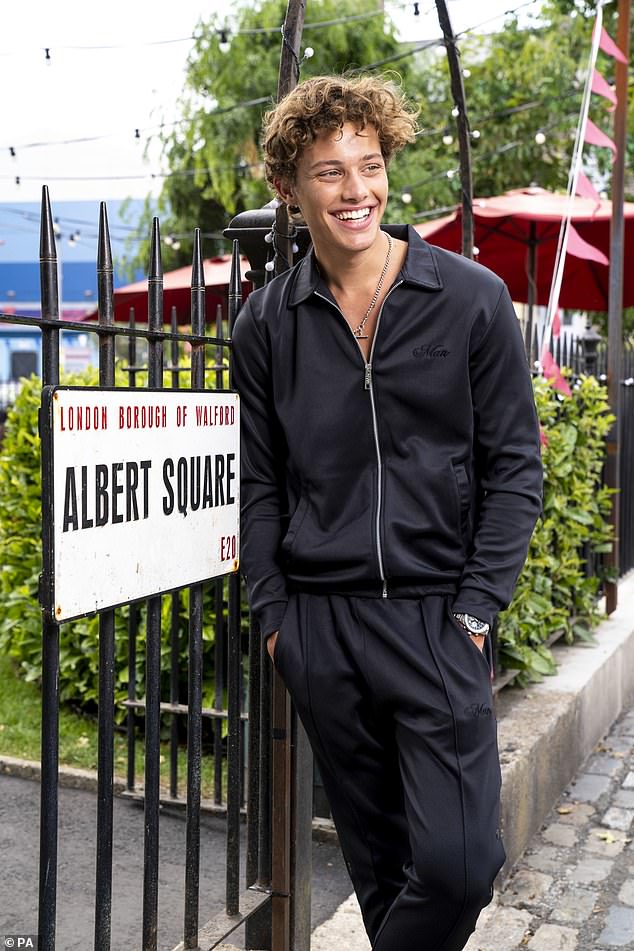 Wow: Discussing landing his TV role, Bobby said he is ‘grateful’ for the opportunity and is ‘excited’ to join the EastEnders team 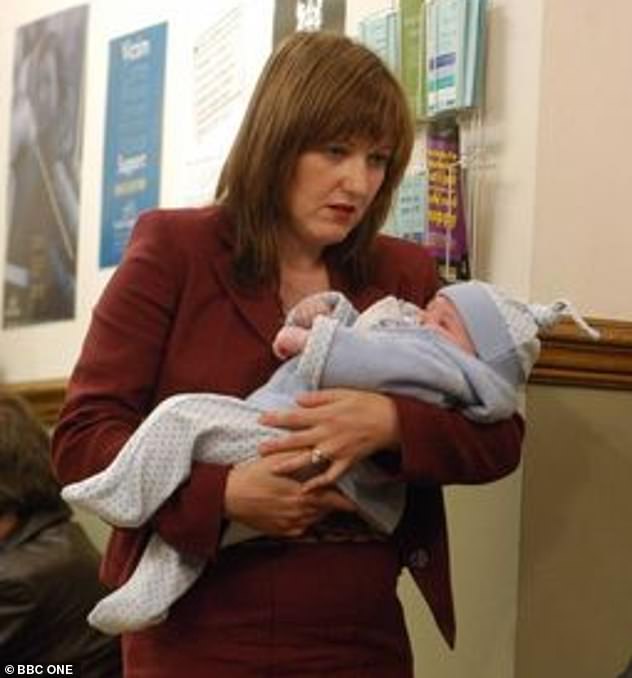 Original role: Bobby will play Freddie Slater, the son of Little Mo Slater, who was last seen in Walford in 2006 (pictured on the show)

While it is not known exactly what is in store for Freddy, EastEnders bosses have said that he is ‘on a mission that could end in heartbreak’.

Executive Producer Chris Clenshaw said: ‘Freddie Slater is a chaotic 18-year-old with a sensitive soul. A modern-day lad who’s in touch with his spiritual side.

‘He’s philosophical, accepting, but full of mischief and makes mistakes.

‘Bobby is an amazing young addition to the EastEnders cast who brings heart and humility to the role of Freddie Slater and I can’t wait for audiences to get to know him.’

She finished in fourth on the Channel 4 show and later entered it’s spin-off show Celebrity Big Brother in 2007 where she was deemed racist after making remarks about her Indian housemate.

Bobby is Jade’s eldest child from her relationship with his dad Jeff.

The pair also had a son Freddie in 2004 together before they went their separate ways shortly after.

A month before Jade died she married boyfriend Jack Tweed in February 2009. 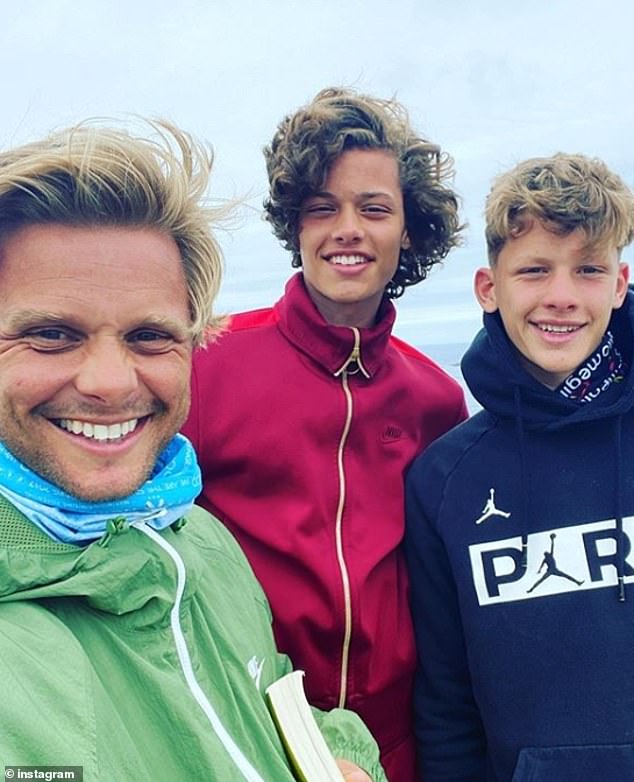 Family: Bobby is Jade’s eldest child from her relationship with Jeff Brazier. The pair also had a son Freddie in 2004 together before they went their separate ways shortly after