A date has been set by a Florida judge for a trial in Meghan Markle's half-sister Samantha's lawsuit against her.

The Duchess of Sussex, 41, who will make a surprise visit to the UK next month with Prince Harry, is being sued by 57 year old half-sibling over a story in which she claims Meghan made defamatory comments about being "an only child" in the couple's explosive interview with Oprah Winfrey in 2021.

Meghan strongly denies the claims, and her lawyers had attempted to dismiss the "baseless" case, but this has been refused by Judge Charlene Edwards Honeywell.

The judge has also demanded the case be settled in a "speedy" manner, setting a trial date for 2 October 2023 if it cannot be settled before then. Samantha alleges Meghan was fabricating a "rags to riches" story in the Oprah interview, and has also found issue with similar comments made in Finding Freedom, a biography of the Duchess of Sussex written by Omid Scobie.

Meghan's legal team attempted to have the case dismissed on the grounds that Meghan expressed a "feeling" rather than the "fact" that she grew up as "an only child", and that Meghan did not write any part of the book, and should therefore not be held accountable for its contents.

However, her half-sister says the comments in both the interview and book left her feeling distressed and humiliated, undermining her public link to Meghan. She also claims that Meghan launched "a premeditated campaign to destroy" both her's and her estranged father Thomas Markle's reputations.

It is thought Meghan and Samantha have not seen each other since 2008, with Meghan's rocky relationship with her father in the public eye since her engagement to Prince Harry was announced in 2017.

In 2021, Samantha published a book about Meghan called The Diary of Princess Pushy's Sister: A Memoir, Part One.

Most recently, Thomas was speaking about his estranged daughter in a television interview on GB News, in which he alleged she had ignored a birthday present from him.

Meghan turned 41 at the start of August, with Thomas claiming the bouquet of red roses he sent to her went without recognition, as well as claiming the pair haven't spoken since 2018.

He said: "I wished her a happy birthday and brighter days ahead but I've not heard back."

According to The Sun, the bouquet also included two yellow roses, one for each of his grandchildren, Archie and Lilibet.

The card accompanying the flowers reportedly read: "Happy Birthday to my bean with much love and a brighter future. Dad." 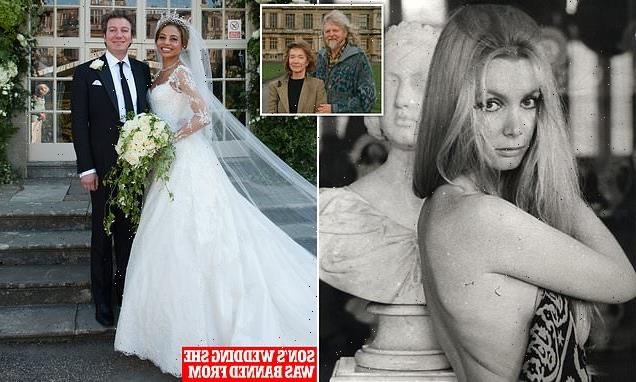