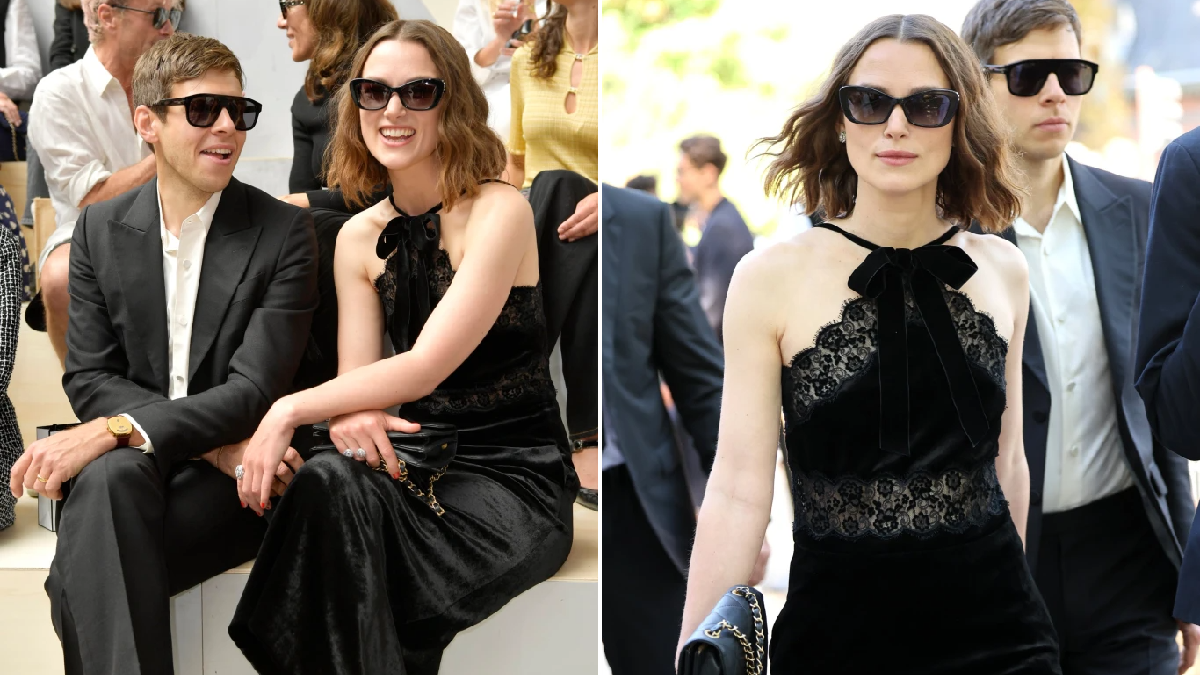 Keira Knightley looked absolutely gorgeous as she rocked up to Chanel’s fashion show in Paris, accompanied by her husband James Righton.

The Pride and Prejudice actress, 37, stole the show in a black number, complete with lace detail and shades as she focused on the show.

The couple posed together, with James placing an arm around his wife’s waist, before making their way to the front row for Haute Couture Fashion Week in Paris, which showcases collections for fall-winter 2022-2023.

They chatted away in their seats and later looked totally focused on the show.

The actress, who has been an ambassador for the brand since she was 21, previously revealed she wore it every day in lockdown.

‘We have a trampoline in our garden, and we decided we were only allowed to wear dresses on it,’ she told Harper’s Bazaar.

‘I put on red lipstick every day, and every bit of Chanel that I have in my cupboard, and my daughter Edie had Chanel ribbons plaited into her hair and fairy wings.’

She added: ‘I thought: “What is the point of these lovely things sitting in the wardrobe when it feels quite apocalyptic and scary outside?” It felt so important to be really happy for the kids!’

Keira and James have been married since 2013, with the pair tying the knot in Mazan, France.

They’ve been together for more than a decade, after they started dating in 2011, and share their daughters Edie and Delilah.

They are known for keeping their relationship and family life notoriously private – although, Keira did open up about her experience with motherhood in one interview.

Talking about her lifestyle shift in an interview with People, Keira said: ‘I don’t think we give women enough credit for the physical and emotional marathon they go through when becoming a mother.

‘I come from a place of amazing privilege. I have an incredible support system.

‘I’ve been unbelievably lucky in my career; I can afford good childcare, and yet I still find it really f**king difficult – doesn’t mean I don’t love my kid.’