Kelly Ripa loves nothing more than being a mom and has given many insights into her family life in her new book, Live Wire.

Their firstborn, Michael, meanwhile, has been living away from home for three years now, and recently opened up about just how different his life was during an appearance on his mom’s show, Live with Kelly and Ryan.

The aspiring actor swapped the Upper East Side for Bushwick, Brooklyn, and discussed all during the chat show. “You’ve been out of the nest for how long?” Ryan Seacrest asked the 25-year-old.

“Three years now in Brooklyn, it’s been great,” Michael replied. “Do you miss us? What’s it like out there in Brooklyn?” Kelly asked.

“It’s been great, it feels free. I feel like an adult, I feel like a grown-up. But I totally miss you guys. Whenever I miss you though I just come over, it’s 20 minutes,” Michael replied. 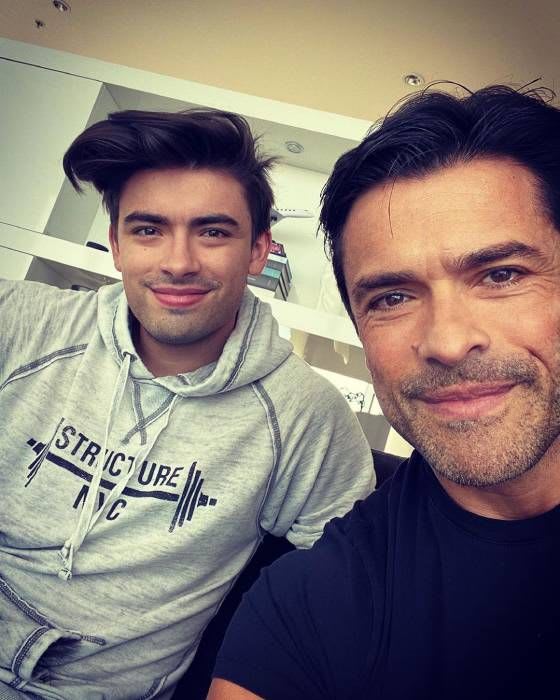 Kelly Ripa’s son Michael opened up about life in Brooklyn

He added: “Everything is close by. I’ve got my bookstore, I’ve got my coffee shop. Pretty much everything I need, I’ve got it there. I’ve got my haunts. The barista knows my order now which is pretty cool.”

MORE: Why Kelly Ripa has more than one reason to celebrate during her time off Live

The oldest child of Kelly and Mark isn’t the only one of his siblings who lives in Brooklyn either, as his sister Lola, 21, also found home there while studying at New York University.

Their youngest sibling, Joaquin, meanwhile, lives in Michigan, where he is studying.

Meanwhile, the former All My Children star opened up about her oldest son Michael’s living situation during a previous appearance on Jimmy Kimmel. “Your son lives in Brooklyn now,” the chat show host said, to which she replied: “He lives in Bushwick.”

She continued: “I think he loves the freedom, he hates paying his own rent and he is chronically poor. I don’t think he ever really experienced extreme poverty like now.”