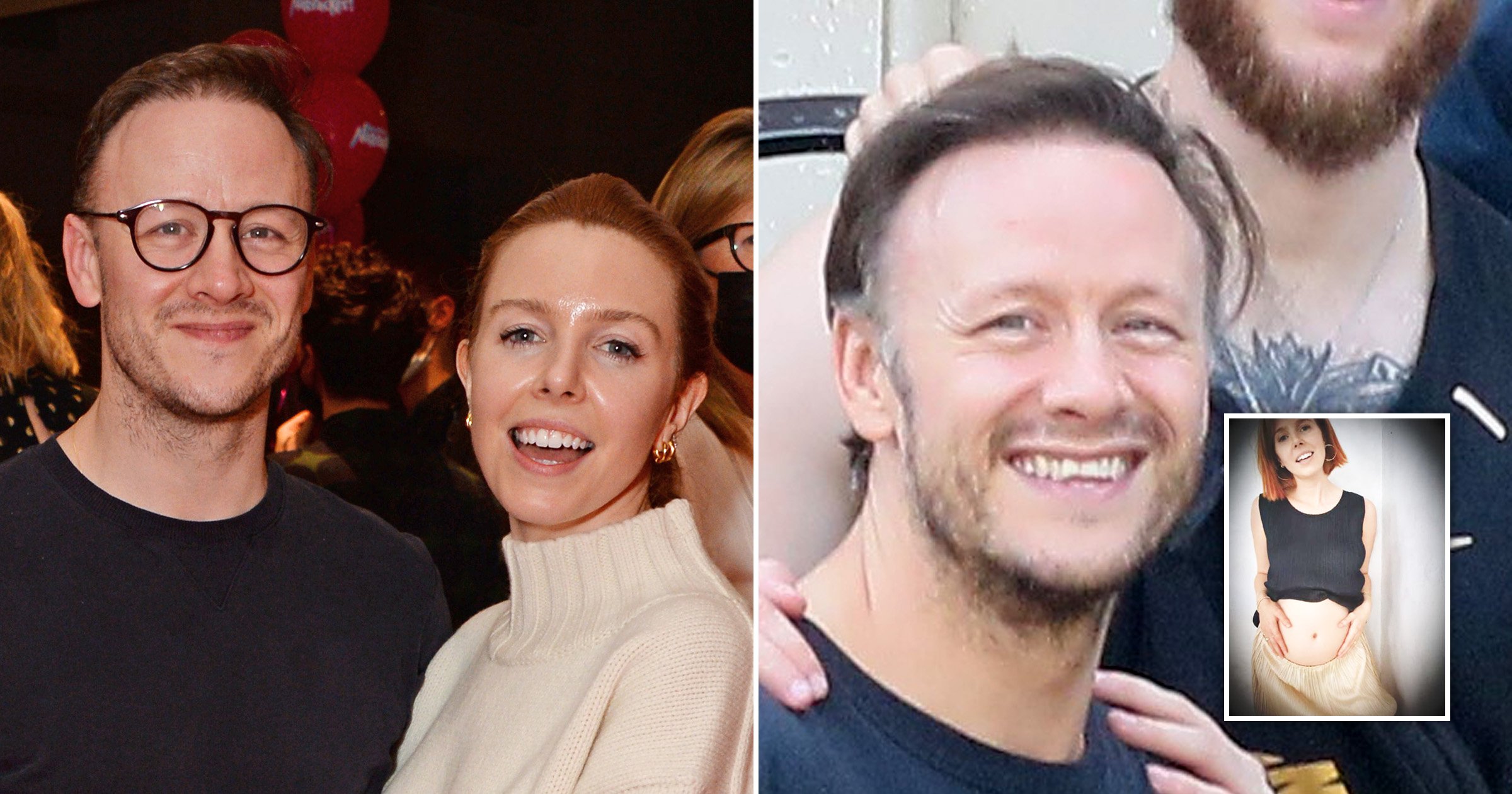 Kevin Clifton looked on top of the world as he was seen for the first time since his girlfriend Stacey Dooley announced she was pregnant.

The couple, who have been together for three years, announced on Friday that they were expecting their first child together through a joyous post on social media.

Kevin and Stacey first met on Strictly Come Dancing in 2018 when they were paired up together on the show, and went on to win the series outright.

Months later they entered a romantic relationship and have been inseparable ever since.

Stacey had previously admitted she was hoping to someday start a family with Kevin – and it’s clear the professional dancer is just as excited.

On Friday, Kevin was pictured in a cast photo with his Strictly Ballroom mates, each of them looking happy and excited as they posed together.

And none more so than Kevin – who was positively beaming for the camera.

Surrounded by his new castmates, Kevin leaned easily against a railing, a massive smile splitting his face as he dressed comfortably in all-black, including a WrestleMania sweatshirt.

The cast for the UK musical tour of Baz Luhrmann’s 1992 hit film was announced on Friday alongside Kevin’s slightly more life-changing news, with Kevin joined by Maisie Smith in the leading roles.

The tour – choreographed by the legendary Craig Revel Horwood – isset to go on four 10 months, and will hit 40 cities across the UK.

It’s major career opportunity for the former Strictly Come Dancing champion, but his personal life is, naturally, even more exciting at the moment.

After announcing the news she was expecting, journalist Stacey appeared on The One Show on Friday where she opened up on her joy and said she felt ‘really lucky.’

‘I can’t quite believe it,’ she admitted.

‘Because I’m 35, so you never sort of take it for granted. But I can’t quite believe I’m going to be in charge of a little human being.’

Stacey shared the news with her Instagram followers earlier in the day, using a sweet polaroid snap of her holding her bump and writing: ‘Gaaaaaaang….. We are having a baby! 🤪So bloody delighted. Kev, you’re magic, I love youuuu.’