Lin-Manuel Miranda speaks out against church production of Hamilton

Lin-Manuel Miranda speaks out publicly for the first time against the ‘illegal, unauthorized production’ of his hit Broadway musical Hamilton by Texas church

Hamilton creator Lin-Manuel Miranda has now spoken out publicly against the Texas church that performed an unauthorized version of his hit Broadway musical.

The Door Christian Fellowship Ministries in McAllen, Texas, hosted two showings of the adapted production last weekend that added references from the Bible that were never in the original script.

In a statement posted on his Twitter and Instagram pages, Miranda shared his gratitude for Hamilton supporters, along with a declaration that he now has his legal team on the matter. 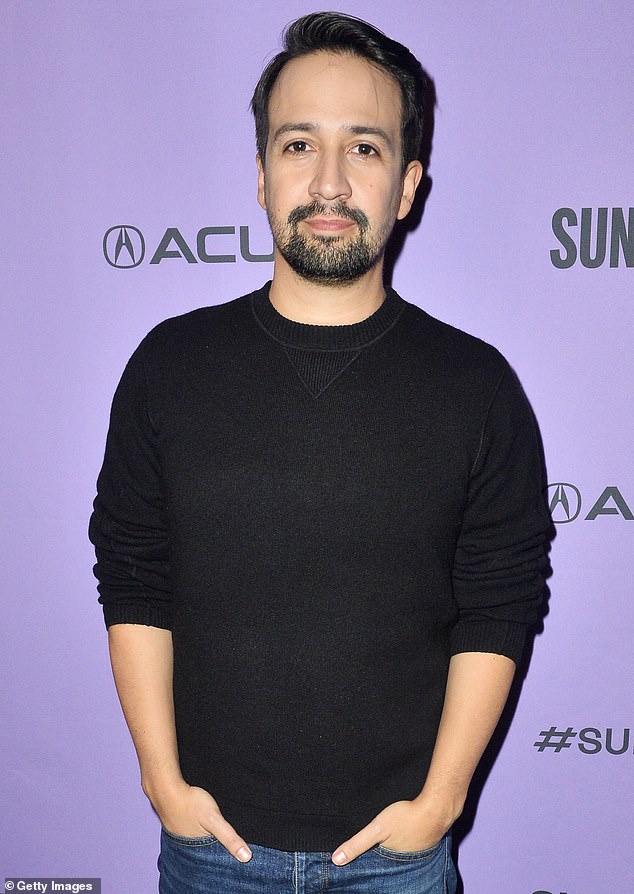 Lin-Manuel Miranda, 42, is speaking out publicly for the first time against the Texas church that performed two unauthorized performances of hit hit musical Hamilton

‘Grateful to all of you who reached out about this illegal, unauthorized production. Now lawyers do their work,’ Miranda, 42, wrote on Wednesday.

He added, ‘And always grateful to the @dramatistsguild, who have the backs of writers everywhere, be it your first play or your fiftieth.’

Producers of the original Hamilton production set in motion a cease-and-desist letter to the church last week.

Miranda promised legal action against The Door Christian Fellowship Ministries in McAllen, Texas, after it hosted two showings of the adapted production that added references from the Bible that were never in the original script

The Dramatists Guild, which represents playwrights, composers and lyricists, publicly condemned the Door McAllen Church in a statement shared on Tuesday.

‘In addition to performing the show without a license, the Door McAllen Church changed lyrics and added text without permission,’ the statement read.

‘We hold up the Door McAllen Church’s brazen infringement to shine a light on the problematic pattern of some theatrical organizations performing authors’ work without a license and rewriting the text without authorial consent. No organization, professional, amateur, or religious, is exempt from these laws.’

The organization went on to declare that no writer’s work, be it a student or big star like Miranda, ‘can be performed without their permission,’ adding that ‘it’s never okay to change the words, lyrics, or notes, without their express consent.’ 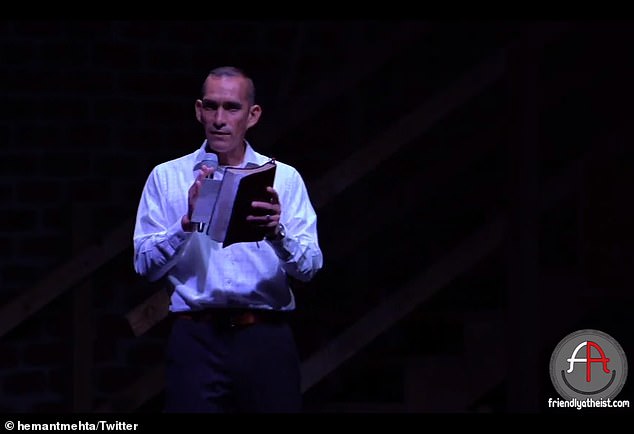 Homophobic rhetoric: Victor Lopez, a pastor at Door McAllen in McAllen, Texas, gave a sermon after Friday’s show, which included a segment where he compared homosexuality to drug and alcohol addiction

The Door Christian Fellowship Ministries produced and livestreamed its rendition of Hamilton last Friday and Saturday.

Those who worked on the original musical and their supporters have since been sharing examples of how the script was altered to feature more biblical references.

In one case, highlighted by Deadline, the original lines read: ‘But I’m not afraid – I know who I married – So long as you come home at the end of the day – That would be enough.’

In the church’s revised version, the two middle lines were changed with Jesus references: ‘But I’m not afraid – My hope is in Jesus – If you could just give him a chance at the end of the day – That would be enough.’ 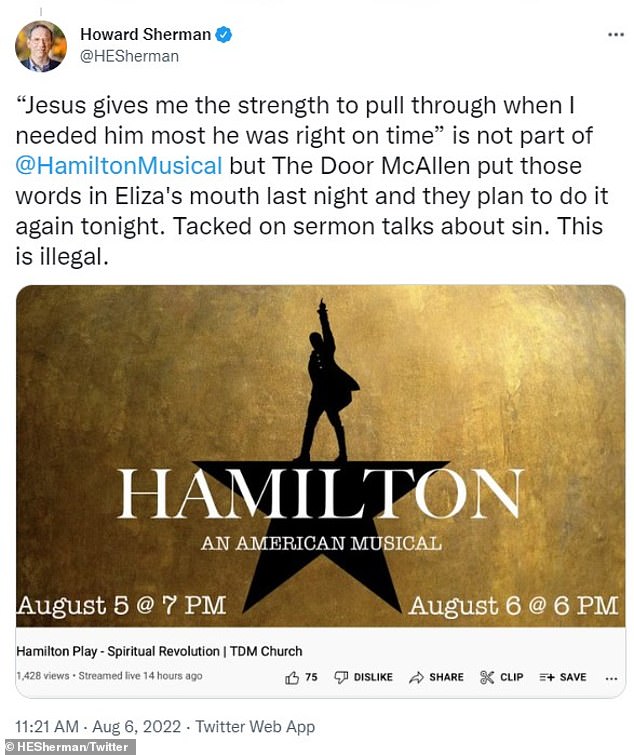 Script changes: Several passages of the Texas church’s adaption of play were altered with biblical references, as mentioned by Hamilton playwright Howard Sherman on Twitter 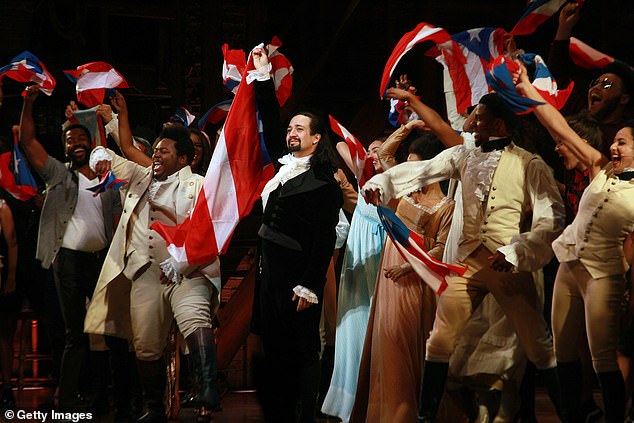 More script changes: Supporters of Manuel and the original Hamilton production shared a number of instances where the script was changed in the church’s version; Manuel is seen after a performance of Hamilton in Puerto Rico in January 2019

Hamilton writer Howard Sherman pointed out another example of how the church revised the script.

‘Jesus gives me strength to pull through when I needed him most he was right on time’ is not part of @HamiltonMusical but The Door McAllen put those words in Eliza’s mouth last night and they plan to do it again tonight. Tacked on sermon talks about sin. This is illegal.

The McAllen church performed the musical twice — on August 5 and then again on August 6 — with the first performance live-streamed.

The church’s pastor, Victor Lopez, also held a sermon after Friday’s show, which included a segment where he compared homosexuality to drug and alcohol addiction.

‘He knows exactly what you’ve gone through,’ Lopez tells churchgoers, referring to God. ‘You’ve maybe gone through broken marriages. Maybe you have struggled with alcohol, with drugs, with homosexuality. Maybe you struggle with other things in life, your finances, whatever, relationships. God can help you tonight. He wants to forgive you for your sins. 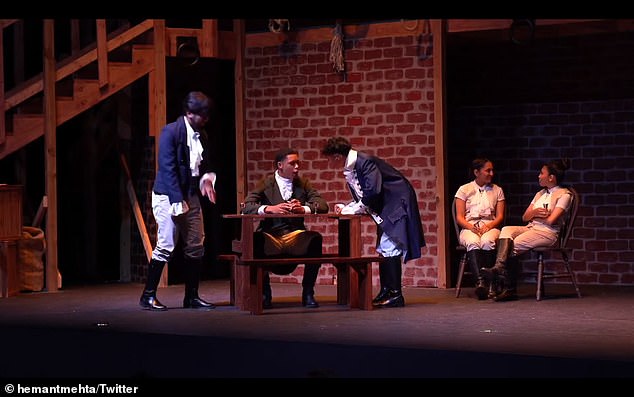 Different take: The Door McAllen claims that producers of Hamilton: The Musical gave them permission to run Saturday’s production after receiving a cease-and-decease letter

Sherman contacted Door McAllen to prevent Saturday’s show. The church cancelled the event on Facebook but told Sherman in a separate email that the second showing would go on

The playwright contacted the Texas church to prevent Saturday’s show and thought he had successfully done so by noticing the church’s Facebook event for the show being canceled.

However, Sherman received an email from Door McAllen. It read: ‘Great News! We are continuing with our showing of Hamilton the Musical tonight! You will still see the Everbrite listing as ”Canceled” however, we are able to proceed with tonight’s showing! No ticket is needed to enter.’

‘We apologize for any inconvenience or misunderstanding. We look forward to seeing you & your family tonight at 6 p.m.!,’ the email further revealed. 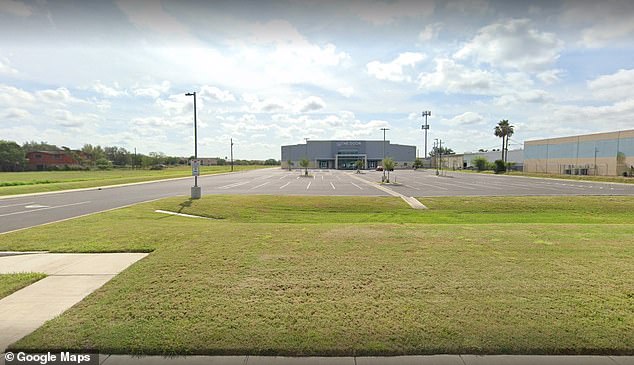 Their take: Door McAllen (pictured) claimed the musical’s original producers allowed Saturday’s show to go on if no live-streaming, recording, or sharing of any footage or photos appeared on social media. Producers of Hamilton are now ‘in the process of reviewing the unauthorized changes made to the script to determine further action.’ 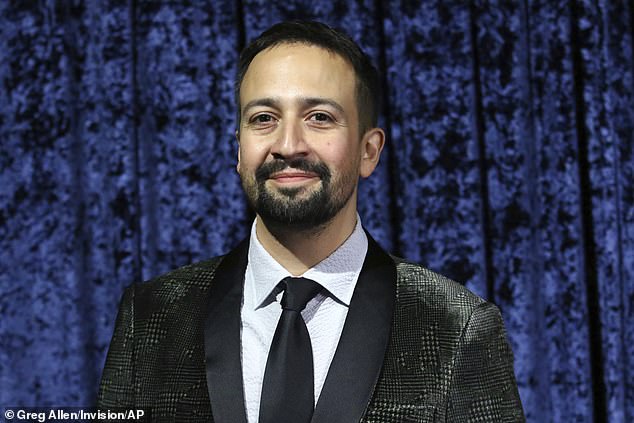 Supportive: Miranda has long been a supporter of LGBTQ+ rights

The Door McAllen later said in a statement that it was allowed to host the second show, with certain conditions being upheld, including no live-streaming, recording, or sharing of any footage or photos on social media.

Shane Marshall Brown, a Hamilton spokesperson told DailyMail.com that it ‘this limited permission was without prejudice and we reserved all rights and remedies; and we would be discussing this matter with the parties behind this unauthorized production within the coming days once all facts are properly vetted.’

‘The Hamilton family stands for tolerance, compassion, inclusivity and certainly LGBTQ+ rights. We are in the process of reviewing the unauthorized changes made to the script to determine further action.’

DailyMail.com has reached out to The Door McAllen for further comment.

Video from Friday’s performance was deleted from the church’s social media accounts after the cease-and-desist letter was received. Some footage was, however, resurfaced and shared by author and atheist activist Hemant Mehta.

In one recording, Hamilton is comforted by another character reading the Bible to him while appearing to be going through a difficult time. He is being persuaded that ‘God is the only one that can help you right now.’

In a separate video, Hamilton’s wife Eliza Schuyler sings ‘My hope is in Jesus. If you could just give him a chance today, that would be enough.’

Over the years, Miranda has been very open about his advocacy for LGBTQ+ rights. In fact, he once read a sonnet as his 2016 Tony Awards acceptance speech, evoking the power of love over hatred in honor of the 49 people who died at a gay nightclub in Orlando that year.

The 11-time award-winning Hamilton made its debut on Broadway in 2015. Miranda said he was inspired to write a musical about one of America’s founding fathers after reading his 2004 biography by Ron Chernow.

The musical is also streaming on Disney+.

In response to light being shed on the Texas church, a Hamilton spokesperson said through a statement: ‘We would like to thank our devoted fans for bringing this to our attention.’ 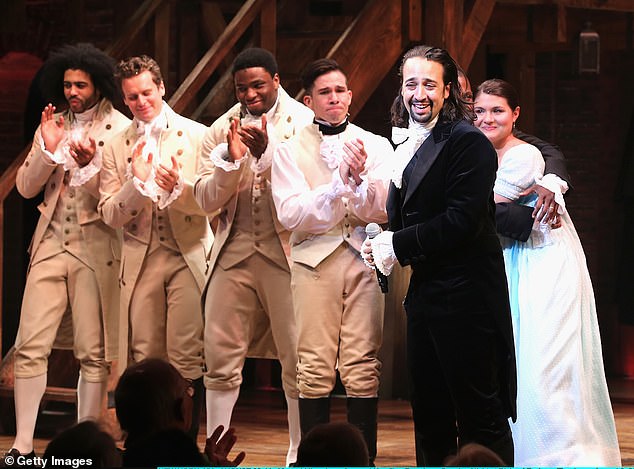 Acclaimed: The 11-time award-winning Hamilton made its debut on Broadway in 2015