Lizzie Cundy, 53, stuns in a red dress as she heads to Talk TV

Lizzie Cundy, 53, puts on a glamorous display in a figure hugging red evening dress as she prepares for her latest appearance on Talk TV

Lizzie Cundy dressed to impress as she headed to her Talk TV show on Saturday night.

She seemed in high spirits as she strutted her stuff in a pair of eye catching brown fluffy heels and carried her personal belongings in a chic black bag. 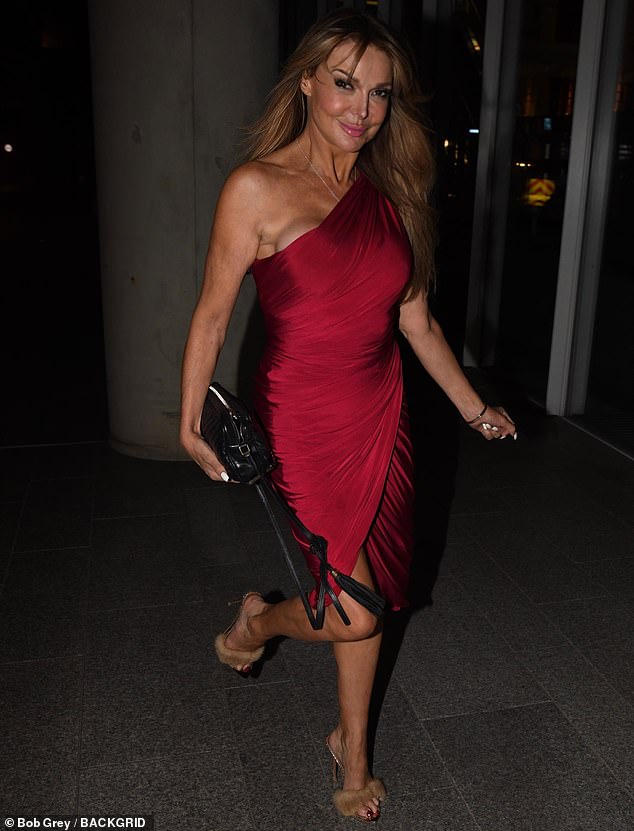 Heading to work: Lizzie Cundy dressed to impress as she headed to her Talk TV show on Saturday night

The former WAG styled her blonde tresses in loose waves and accessorised with gold jewelry.

Lizzie posed up a storm for cameras as she made her way to her 10pm TV show.

It comes after the presenter revealed that she was rooting for Matt Goss to win the upcoming series of Strictly Come Dancing. 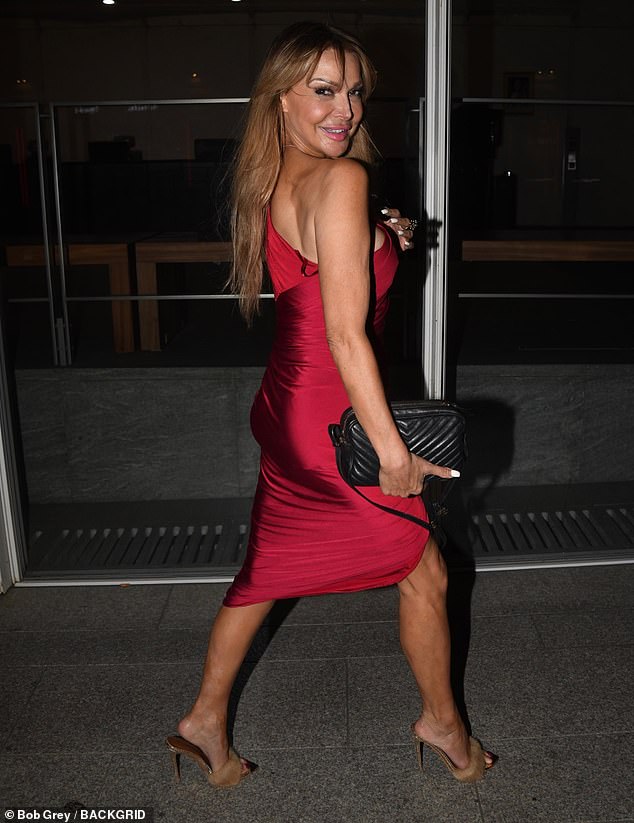 The dancing show is set to return to screens on September 17, with a slew of new celebs – including singer Matt, actress Kym Marsh and presenter Kaye Adams.

Taking to Instagram to share a selfie with the Bros star, Lizzie wrote ‘My winner for Strictly. My gorgeous buddy @mattgoss’. 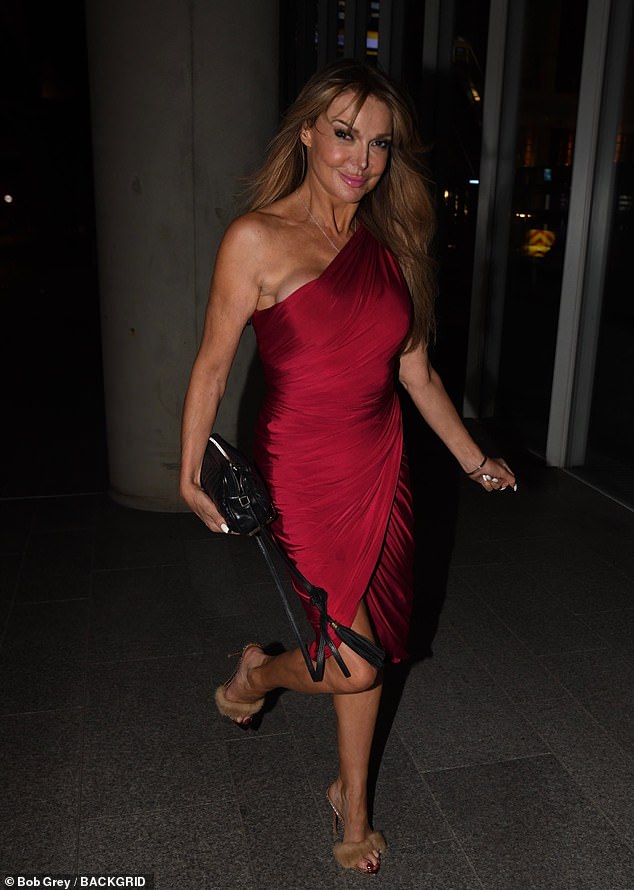 Incredible: She seemed in high spirits as she strutted her stuff in a pair of eye catching brown fluffy heels and carried her personal belongings in a chic black bag 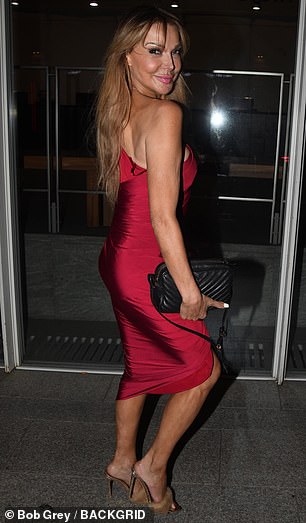 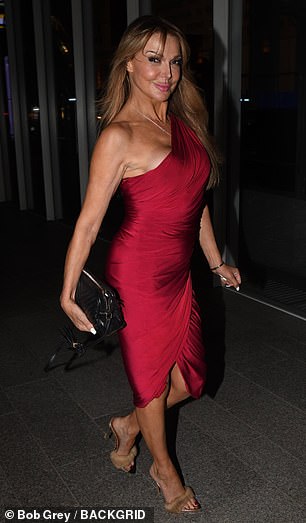 Looking good: The former WAG styled her blonde tresses in loose waves as they cascade down her back

Rebekah Vardy, 40, recently gave her first interview since losing her £3million libel case against rival WAG Coleen Rooney, 36, with the TV personality becoming emotional as she claims she was ‘let down’ by the justice system.

And addressing Rebekah’s TV appearance during Thursday’s Lorraine, Lizzie branded the interview a ‘mistake’, before slamming the mother-of-five for not ‘apologising’ for her alleged wrongdoings.

When asked by stand-in host Ranvir Singh if Rebekah’s TalkTV interview was a ‘mistake’, Lizzie responded ‘without a doubt’ before comparing it to the Duke of York’s now infamous interview with Emily Maitlis in 2019. 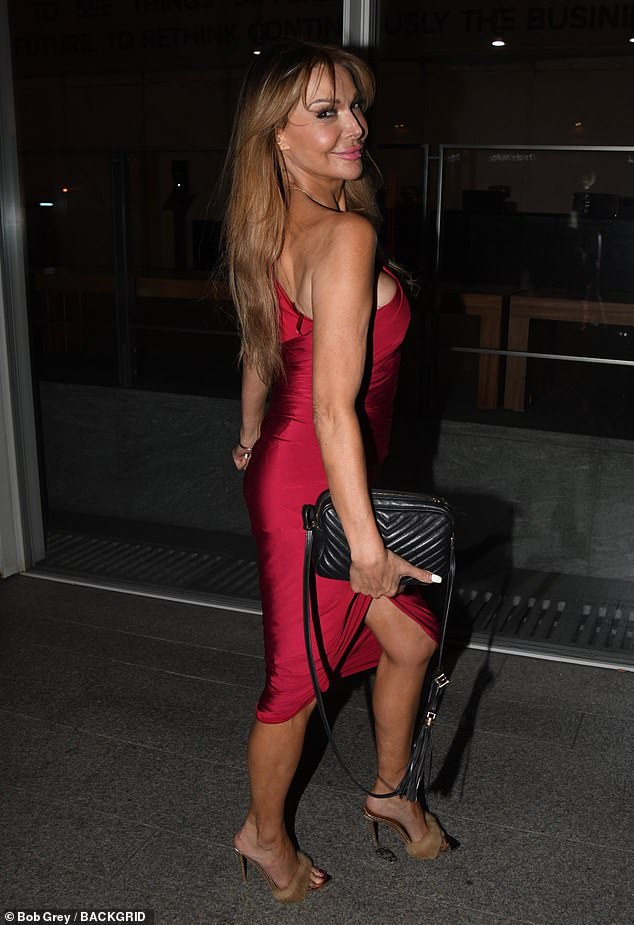 Stylish: The beauty opted for a glamorous palette of makeup including a swipe of pink lipstick and fluttering lashes

Lizzie explained: ‘This is like the Prince Andrew interview. Different charges, obviously, but no one is believing.’

Giving her advice to Rebekah, Lizzie said: ‘If I were Rebekah, I would have gone away, reflected, maybe apologised. There’s one thing I did notice – there was no apology.’

She continued: ‘The judge has given a verdict. It’s not like being in a player’s bar lounge where there’s gossip. 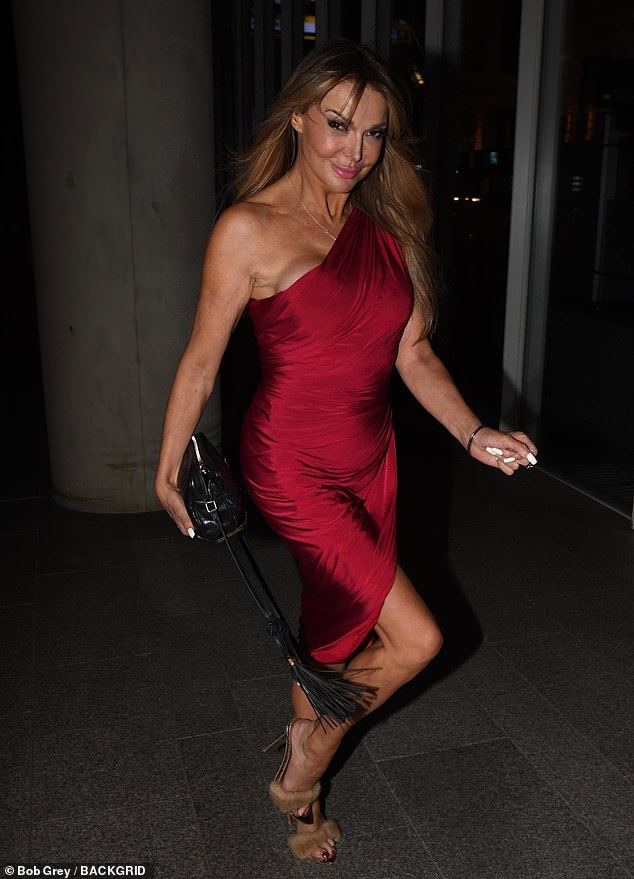 Stunning: Lizzie completed her look by accessorising with gold jewelry and an eye catching white manicure