Metallica frontman James Hetfield, 59, ‘files for divorce’ from wife of 25 years who he credits with helping him to control addiction and anger

Metallica’s frontman James Hetfield has reportedly filed for divorce with his wife of more than two decades.

The two are said to still be in touch as they co-parent their daughters Cali, 20, and Marcella, 16, and son Castor, 18. 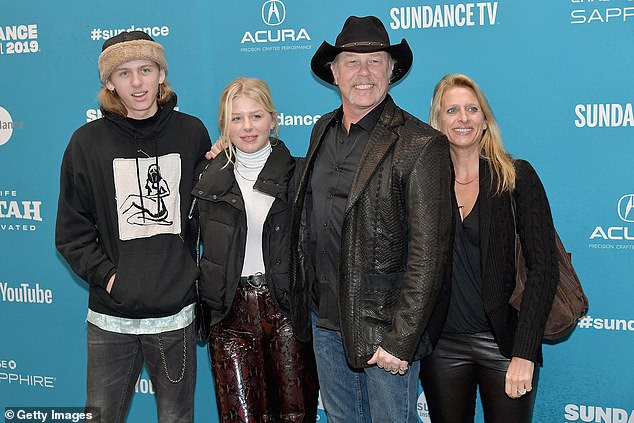 The couple have been married for 25 years after first tying the knot in 1997.

James, who is worth an estimated $300million, and his family are based in Vail, Colorado.

The small town, and popular ski resort, lies at the base of Vail Mountain and is Francesca’s hometown.

While the couple have chosen to live their life relatively out of the spotlight, James has previously admitted that he credits Francesca for helping him to mature. 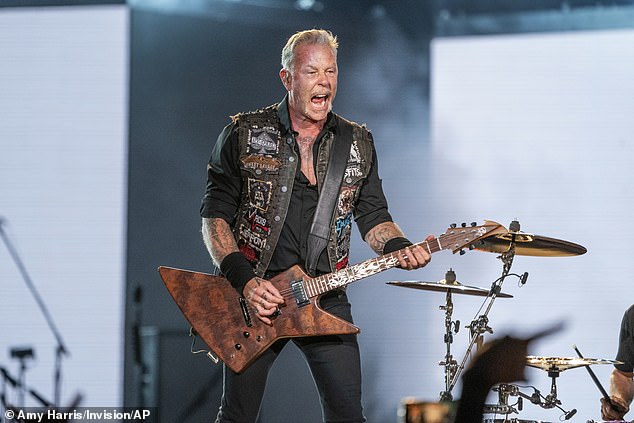 Rocker: The rhythm guitarist – who has maintained total abstinence from alcohol since going sober in 2002 – also previously stated that Fran, 48, helped him to deal with his anger issues

The rhythm guitarist – who has maintained total abstinence from alcohol since going sober in 2002 – also previously stated that Fran, 48, helped him to deal with his issues more constructively.

He told NPR in 2005 that his wife had helped him to mature after he went ‘straight-edge’ and that he was embarrassed of his former destructive tendencies caused by his addiction and anger issues.

In an interview with radio talk show host Joe Rogan after he relocated to Colorado, Hetfield said that after decades of living in Northern California, he grew tired of the negative reaction from locals who did not look kindly upon his political views and lifestyle choices.

‘I kind of got sick of the Bay Area, the attitudes of the people there, a little bit,’ Hetfield said.

‘They talk about how diverse they are, and things like that, and it’s fine if you’re diverse like them. But showing up with a deer on the bumper doesn’t fly in Marin County.’