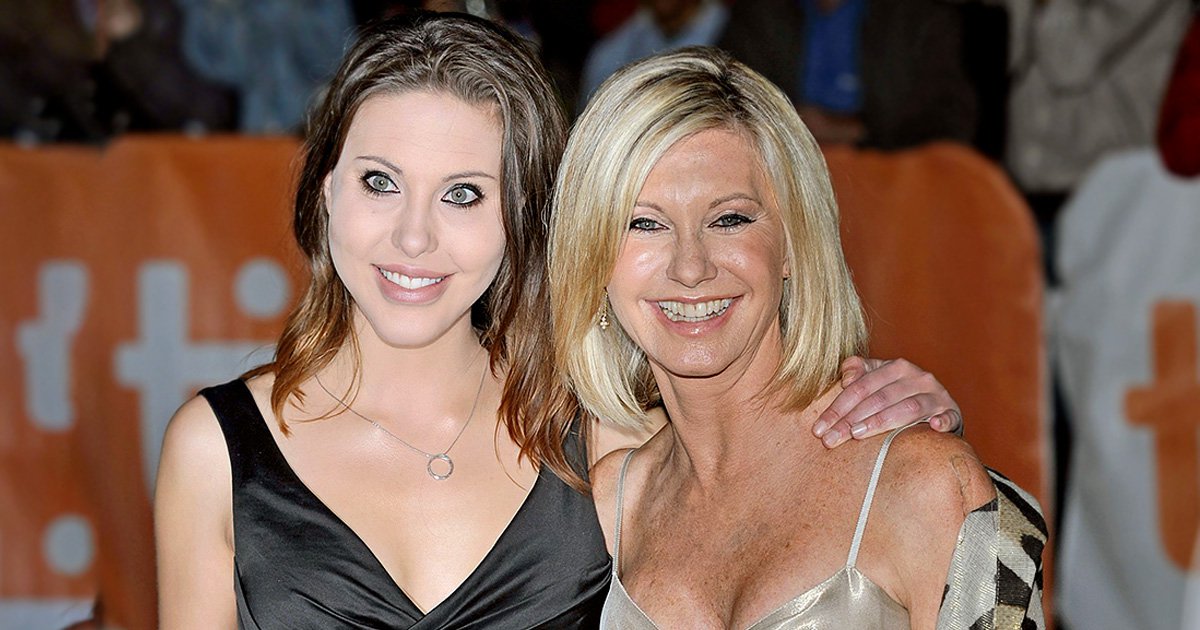 Dame Olivia Newton-John’s daughter is carrying on her mother’s work by raising awareness of cancer.

The Grease star died in August at the age of 73, following a series of health issues after first being diagnosed with breast cancer in 1992.

Dame Olivia became an advocate for breast cancer research after experiencing two recurrences of the condition – first in 2013 and then again in 2017, when it progressed to stage four and spread to her bones.

She spoke publicly about her treatment, and now her daughter Chloe Rose Lattanzi says ‘the torch has been passed’ for her to continue what her late mother started.

The musician, 36, who is the Hollywood star’s only daughter, has shared that she is working with her cousin, Tottie Goldsmith, and the pair will partake in the Walk For Wellness, which raises money for the Olivia Newton-John Cancer and Wellness Centre.

‘My mum’s dream was for kinder treatments to cancer, an end to cancer really. So, I feel the torch has been passed and this is my mission and my passion.’

Chloe added in her caption: ‘Her dream was for kinder wholistic treatments for cancer, and to finally put an end to all the suffering cancer causes for countless beings around the planet.’

Speaking out for the first time since her mother’s death, she added: ‘I love you mama. I miss you every day. And I feel you wrapped around me every moment guiding my every move.’

Fans have been offering their support in the comments, with one writing: ‘Wonderful tribute to Olivia. She would be so proud🙏’.

Another commented: ‘Wow! She is so so proud ! What a team she has keeping her legacy and dream alive . I will be donating! ❤️🙏’.

Chloe made the statement on what would’ve been her mother’s 74th birthday on September 26.

Her post set the record straight after recent reports that Chloe would not be taking part in the Wellness Walk due to being too grief-stricken.

Both Chloe and Dame Olivia’s heartbroken husband John Easterling were reported as unlikely to attend the fundraiser this month as they were said not to be ready for public appearances.

It was the actress’ niece Tottie herself who said she didn’t think the pair were ‘going to make it’ as it’s ‘too hard for them at the moment.’

However, it seems Chloe has had a change of heart and wants to continue her mother’s legacy.

Joining her will be Toby, Dame Olivia’s brother, as well as other family members in Australia.

If you or someone you care about has been diagnosed with cancer, Macmillan can offer support and information.