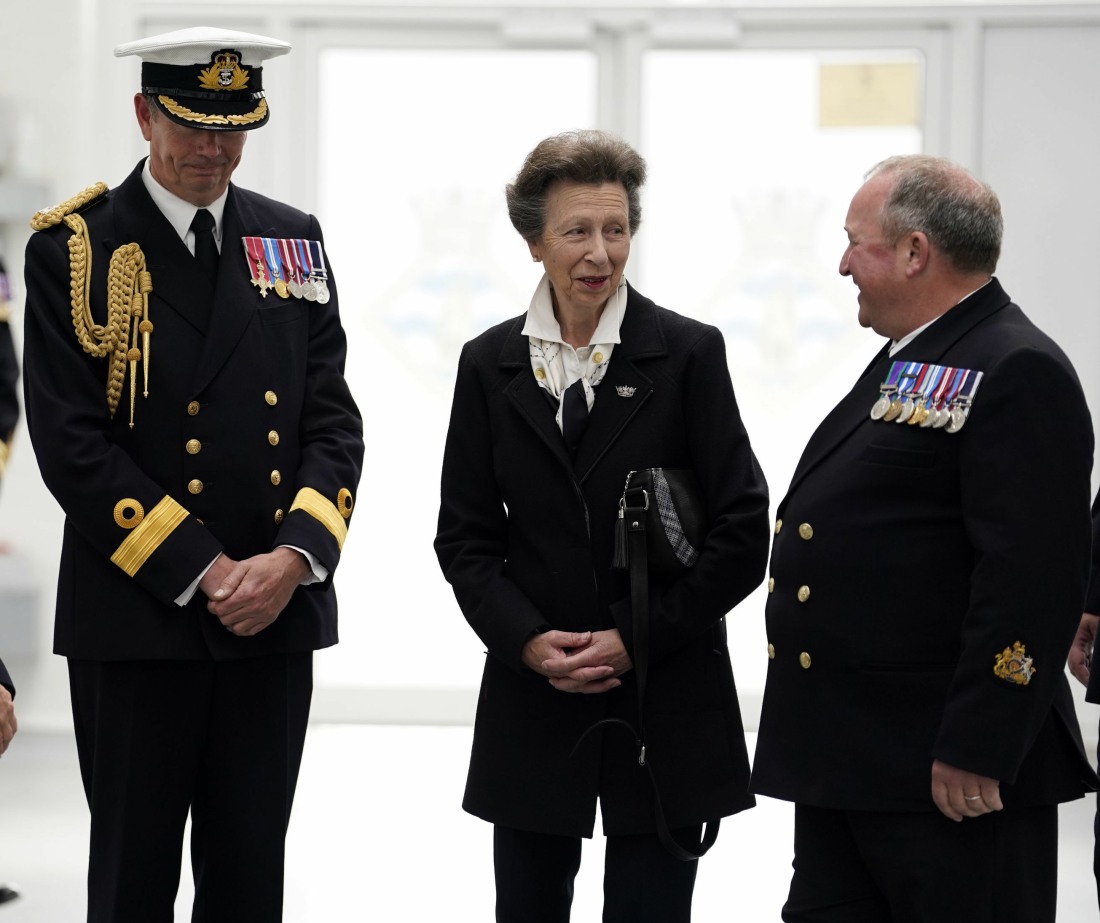 Here are the most recent photos of Princess Anne at all of our photo agencies – on September 22, Anne visited a naval base in Portsmouth, England. The engagement was like most of Anne’s events – extremely lowkey, no drama, and very few headlines. Anne doesn’t get a lot of attention, good or bad. Anne also moves undercover because so few people are checking up on her movements or events. I bring this up because Anne was in New York this week and I can’t find any photos other than the ones on the Daily Mail. Was this trip much like the Countess of Wessex’s trip to New York in February, where Sophie brought her own royal rota photographer to take “candid” shots of her in NYC, then those photos were supplied only to the Mail, People Magazine and a handful of royalist newspapers?

Princess Anne carried out an impressive four royal engagements on a whirlwind tour of New York City yesterday as she became the first senior royal to visit the US since Prince Harry and Meghan Markle moved to California in 2020.

The Princess Royal, 72, proved why she is often dubbed the ‘hardest working royal’ as she made a surprise appearance in the east-coast city to visit several different sites and present awards.

Her visit to the US is the first trip made by a senior member of the Royal Family since Harry and Meghan stepped down as working royals and moved to Santa Barbara, California, shortly before the pandemic.

It is also the first visit since the Duke and Duchess of Sussex’s explosive interview with veteran broadcaster Oprah Winfrey in March 2021, in which they made allegations of racism about a senior member of the family, whom they did not name.

But royal fans who may have feared a frosty reception for the Princess Royal amid the rift were no doubt relieved to see Anne welcomed with open arms by New Yorkers.

Again, this is not the first visit to New York by a senior royal. The Countess of Wessex was in New York for four days in February, and absolutely no one paid attention to her visit here in America. Much like the Wessexes and the then-Cambridges’ Caribbean Flop Tours earlier this year, these soft-reentry trips to New York are being done for an entirely domestic British audience. The point of royalty, these days, is sending out white royals to pose for photos overseas so they can be praised in the British press. It’s an incredibly bonkers system. I have to wonder if this will be the play for William and Kate’s trip to Boston in December too – limiting the international media’s access in favor of doing photo-ops and events for their domestic audience. I don’t think they’ll be able to get away with that, though.