Ray Allen Says LeBron James Is Not NBA's G.O.A.T., 'Is He A Great Dribbler?!' 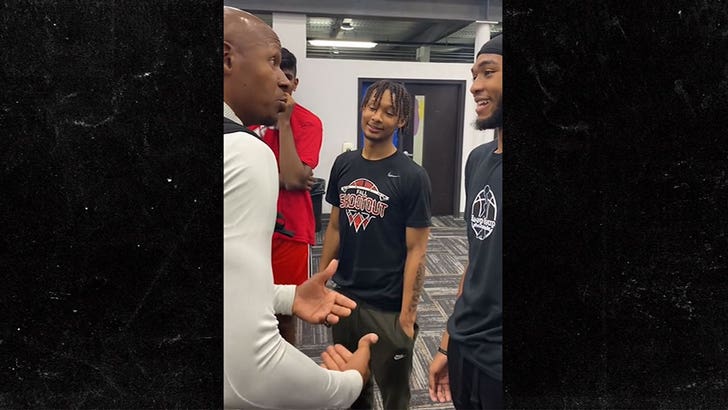 LeBron James is NOT the NBA’s G.O.A.T … so says the King’s former teammate, Ray Allen, who completely shut down the declaration from a beloved LBJ fan in a recent argument that was all caught on video.

Tyriek Weeks — a basketball player from Commonwealth Academy in Rhode Island — shared the clip to his TikTok page this weekend … showing him and Allen getting into it over the James vs. Michael Jordan debate.

“He can score and pass it,” Weeks said, advocating for why he believed James was #1. 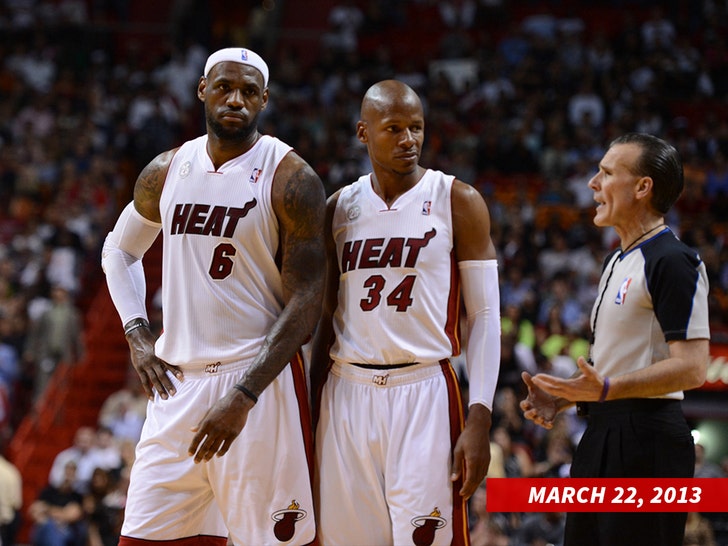 After Weeks answered “no” to all three questions … Allen said, “So, you’re saying he’s the GOAT, but he ain’t even the greatest in all them categories.”

Allen then went on to say Jordan actually is.

The argument from Allen is a surprising one — considering the 46-year-old won the 2013 NBA title with LBJ, and the guys appeared to be super close during their time together in South Beach.

But, hey, everyone has a right to their own opinion — and Allen’s certainly holds more weight than most as he himself is one of the greatest hoopers ever.