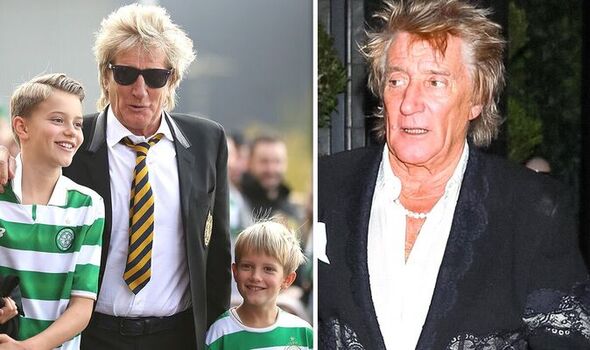 Rod Stewart, 77, has shared how his son Aiden, 11, was rushed to hospital after “going blue” during a football game. His parents Rod and wife Penny Lancaster, 51, feared their son might be having a heart attack.

Aiden was taken away in an ambulance after collapsing whilst playing for his Young Hoops Under 12s team.

Rod said: “We thought my boy had a heart attack. He was going blue and was unconscious until he calmed down.

“It was scary, but it turned out to be a panic attack. The lad wanted to do well, pulled on the Hoops in Scotland for his dad.

“Another boy fell backwards and banged his head – he’s still not back.