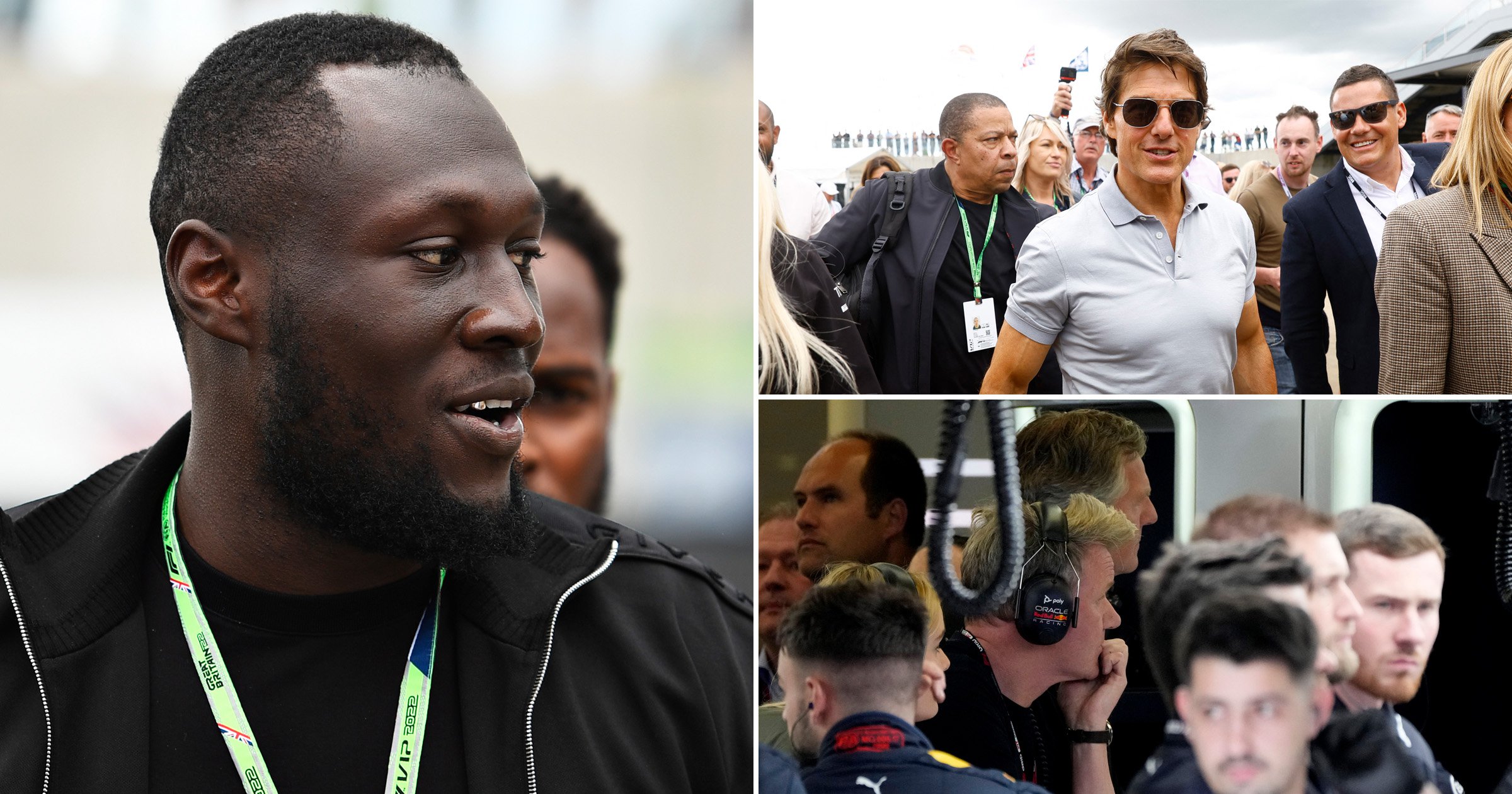 Silverstone had some incredibly star-studded arrivals as fans prepared to watch the British Grand Prix, with the likes of Tom Cruise, Stormzy, and Gordon Ramsay rocking up.

Formula 1 fans are out in force for what has already proven to be a dramatic race, with plenty of the celebs snapping photos.

He posed for selfies with fans – as did Gordon Ramsay, who looked thrilled to be at Silverstone in the sunshine.

Also rocking up for the race was Stormzy, who said he’s going to be cheering hard for British drivers Lewis Hamilton and George Russell.

Then, Eurovision’s Sam Ryder belted out the national anthem, as well as posing with his pal Rylan.

Of course, fans were excited for Lewis’ arrival, with the driver looking calm and collected ahead of the big day.

However, it was a chaotic start to the race as George Russell was involved in a five-car crash at the first corner.

The incident bought out the red flag at the Silverstone after Zhou’s car was flipped upside down and skidded at high-speed into the barriers at Abbey corner.