This week brings significant changes in most gardens. Early summer plants are going over and colour is more scarce, but not for long.

Late-flowering plants will soon replace them, building up colour for the rest of the summer and into autumn. You can help the later plants by cutting back all spent perennials. 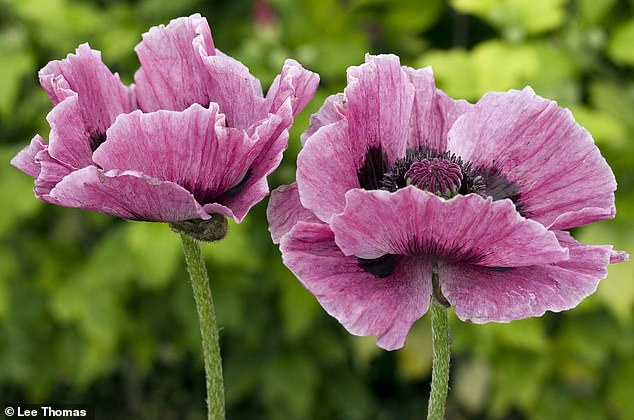 While you work through your borders, remove any sneaky weeds among the early-flowering plants. Check supports for later blooming perennials and tall bedding plants. Cool, damp periods may have drawn them up. That results in taller plants which are vulnerable to wind damage.

Oriental poppies can be cut back to ground level. With bearded irises, you can remove spent flowering stems, but don’t cut back the healthy leaves as they make attractive foils for late bloomers.

Plants such as catmints, which have long flowering periods, can also be cut back to encourage fresh re-growth. Once you’ve cleared any remaining debris or dead stems, your borders will look more promising.

If you notice any serious gaps, those could be filled with new plants. Garden centres should still stock plenty of interesting plants for gap-filling. There may even be bargains, especially of nonhardy annuals and biennials.

Climbing and rambling roses have provided a glorious early show. Some will flower again later. With non-repeaters, remove awkward or damaged limbs now.

Roses which repeat benefit from heavier pruning. Where flowers have been held on large clusters, sever the spent, multi-headed stems, cutting just above a strong, outward-facing bud. That will produce a new flowering shoot to bloom in late summer. 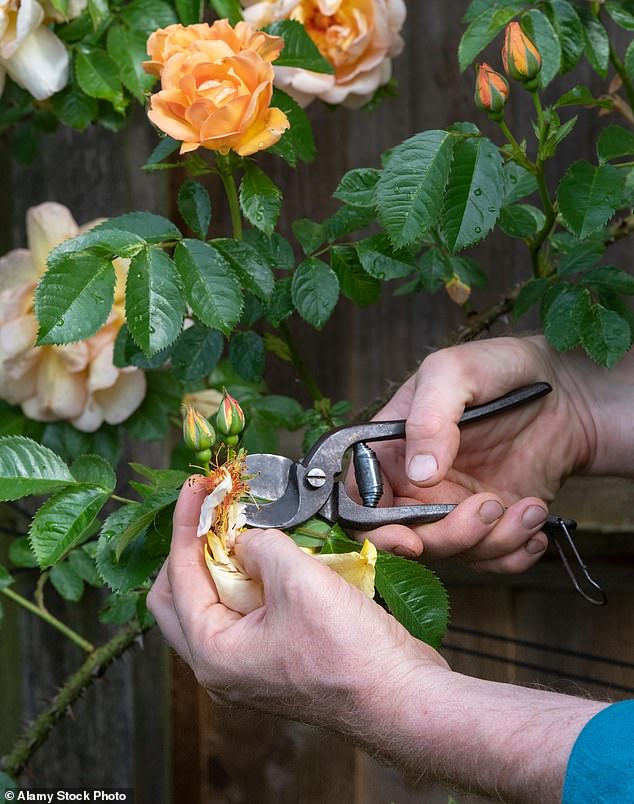 UK-based garden expert also says climbing and rambling roses have provided an early show. He advises that roses which repeat will benefit from heavier pruning

WATCH OUT FOR POTATO BLIGHT

Potato blight is a very infectious disease. The spores are carried in tiny droplets of water, suspended above the ground in clouds and mists.

During humid, damp conditions blight spores can be transferred to potato foliage and on to outdoor tomato plants. Be on the lookout for infected plants.

To reduce the chances of blight, never leave the potato tops or any debris from harvested potatoes lying on the ground. Instead, bury them in your compost heap or get rid of them. 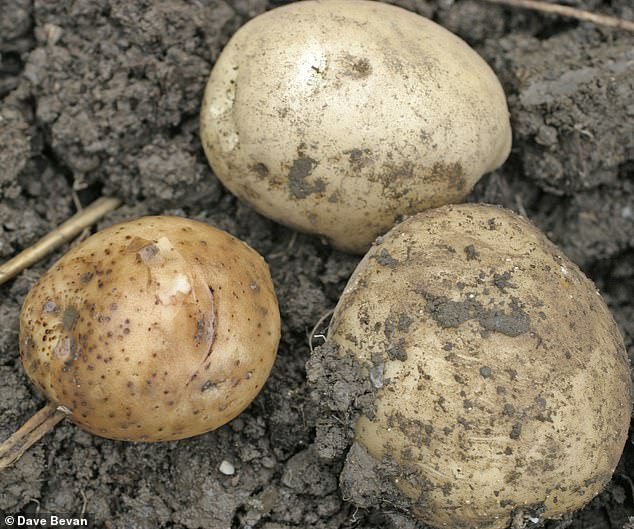 On the south side of our parking area, against a stone wall, I planted the attractive Mediterranean Dorycnium hirsutum. I wanted the velvety, greygreen foliage to soften the unforgiving stone against gravel. The knee-high shrublet has self-seeded copiously over the past decade. Now we have a long, wavy line of soft, greygreen foliage topped with clusters of pink-flushed, white pea flowers. Also known as Lotus hirsutus, it will grow in any hot, sunny dry spot, in the poorest soils or even in gravel. If you don’t want it to spread, remove the flower heads before the seed capsules have matured.

Why do trees and shrubs such as cherries, apples or roses have to be grafted? Can they be grown from seed?

Some can. But many apples, pears and cherries would not grow vigorously enough on their own roots.

Others are almost impossible to raise from cuttings. A strong, closely related root stock can give the grafted part of the plant a boost.

With fruit trees, different rootstocks result in different-sized trees, from slow-growing dwarf to large or tall standard. With roses, many varieties also lack vigour when grown on their own roots. Most bush roses are, therefore, grafted. Climbing and rambling roses can grow readily on their own roots. Several in our garden were grown from cuttings.