Australia has no need for a head of state, royal or not

This is no time to rain on a funeral parade. The obsequies for Elizabeth II are fitting and well deserved, certainly in the nation that remembers her driving an ambulance in the war, forgives her initial indifference to the death of “the people’s princess” and displayed a stiff upper lip when she was venerated by Donald Trump.

For the British, she was the still centre of a down-turning world, an icon of selfless public service provided from a number of palaces, with hundreds of servants, horses (including racehorses) and carriages and the best of British speechwriters. 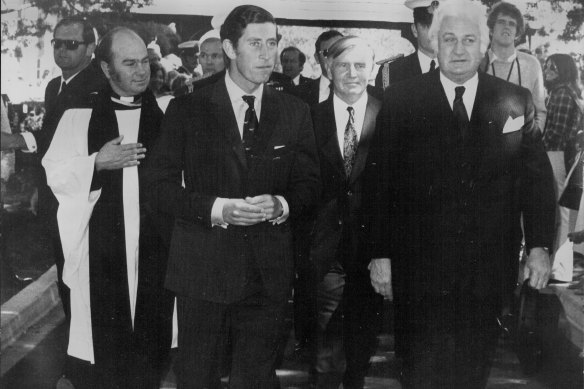 For Australians, she was an institutional link to a dwindling British empire, and her passing has provided an opportunity for our politicians and journalists to regale the nation with their memories of meetings with her that made them think themselves of importance.

But once the tumult and shouting dies, advance Australia where? Does Australia in fact need a head of state at all?

Charles III will be a good king as kings go, at least of England (Scotland is likely to secede, and Northern Ireland may go south as a result of Brexit). His earlier inanities (“I talk to the plants and trees, and they listen to me”) can now be seen as prescient anxieties about climate change, and his support (at age 27) for John Kerr’s sacking of Whitlam can be explained as parroting the view from the Palace.

But the fact remains that he is king only by virtue of his descent from the 17th century German Princess – Sophia of Hannover – whose genes must inherit the British (and hence the Australian) crown by virtue of the 1700 Act of Settlement.

His coronation oath will make him “defender of the faith” – an Anglican faith to which (according to last year’s census) only 9.8 per cent of Australians adhere. And his reign will mark the beginning of our head of state for the next 90 or so years, being a white Anglo-German Protestant male – after Charles III comes William V and George VII.

Charles will be a king without the magic of his mother, who has left no philosophy or recipe for government other than not to interfere in it, which Charles – on past form may have difficulty in following (his contempt for the policy of offshoring refugees in Rwanda is likely to be his first clash with the Truss government).

However commendable this may be, his enthronement should make Australia think again about the monarchy at a time when 39 (and the number is increasing) of the 54 Commonwealth countries have decided to choose their own head of state.

The crowning irony of the 1999 referendum was that most voters wanted a republic. Forty per cent of those who voted against it did so because they could not stomach a president elected by politicians rather than by the people. The lesson is that any future republic, to pass at a referendum, must provide for a popularly elected head of state with candidates selected impartially and without previous political affiliation. 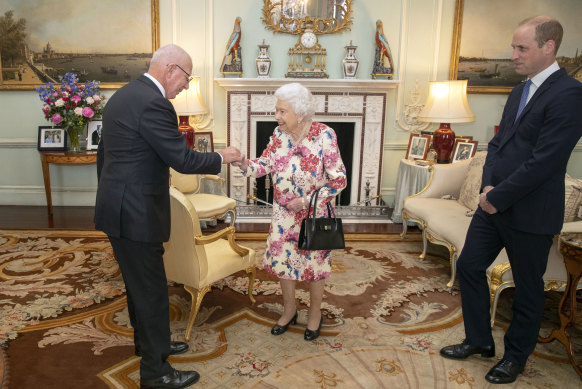 But do we need a head of state at all, other than our elected prime minister? It had always seemed that David Hurley was the very model of a modern governor-general until the revelation that he had signed the secret appointments of Scott Morrison to job share major offices of the state.

The main role of a monarch, or their representative, in democratic government, is to be consulted, to advise and (especially) to warn. But Hurley and his office turned a blind eye to irrational and perhaps delusional behaviour by the prime minister, failing even to gazette his self-appointments.

If the governor-general is to be no more than a cipher for the prime minister, why not write him – and the royal family – out of the constitution entirely? Our elected leader could be sworn in by the chief justice – as in America – and the democratic process can be left to resolve itself according to accepted Westminster conventions subject to any necessary supervision by the High Court.

There could be other overdue adjustments. Our airforce and navy could drop the pretence that they are “royal”. And why must we always have “royal” commissions – on aged care, banking and trade unions and child sex abuse – subjects which have no connection with royalty?

Of course, the governor-general has non-constitutional functions which cost $25 million a year and support an office of 76 employees. They include presentation of Order of Australia awards, and appearances at events which range (according to the latest vice-regal calendar) from girl guide parades to sheep dog trials. But none of these events require the presence of the representative of the British monarchy – they can be allocated to distinguished Australians or community leaders or underemployed state governors.

The monarchy, love it or not, is a relic of aristocratic privilege according to an hereditary principle, which, as Tom Paine once pointed out, “is as ridiculous as the idea of a hereditary mathematician”. It does not comport with our modern ideas or ideals of democracy, equality and human rights.

I spent the day of the Queen’s death reminding all the QCs in my chambers that they had automatically become KCs (king’s counsel) and that there was no longer need to wear mourning bands or “weepers” for their apprentices next day in the King’s Courts.

The change in Britain will be seamless after the majestic ceremonies to pay fitting tribute to a good Queen (although you would never guess from the gushings of journalists that opinion polls in Britain show that 20-30 per cent favour a republic). For Australia, however, the very excesses of adulation of hereditary monarchy may inspire a reality check.