A spate of coal-fired power station failures and soaring fossil fuel costs pushed Australia’s east-coast electricity prices to their highest levels on record during the weeks leading up to last month’s extraordinary suspension of the national power market.

In a new report to be released on Friday, data from the Australian Energy Market Operator reveals the average wholesale electricity price for the June quarter reached an unprecedented $264 per megawatt-hour – more than triple the previous quarter’s average of $85. 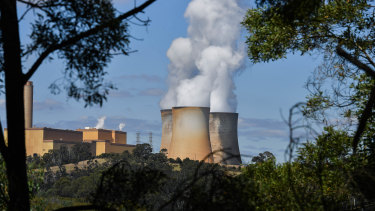 The spike was driven by “multiple factors”, AEMO said, including a record level of coal-fired power on the eastern seaboard being out of service for that time of the year, forcing expensive gas-fired electricity to fill the gap. Output from gas generators was 27 per cent higher compared with the same time last year, the report added, while prices of the fuel were soaring amid global shortages and intensifying competition.

Violette Mouchaileh, AEMO reform delivery manager, described the June quarter as one of the “most complex and challenging periods in the 20-year history of the national electricity market” and underscored the need to accelerate the power grid’s transition to cleaner sources of energy.

“What’s clear is the urgent need to build-out renewable energy with diversified firming generation – like batteries, hydro and gas – and transmission investment to provide homes and businesses with low-cost, reliable energy,” she said.

The east-coast electricity system was thrown into chaos on the week beginning June 13, forcing AEMO to seize control of the market for the first time in its history to stabilise power supplies and avert intensifying threats of blackouts in multiple states.

Many power generators said they could not remain viable under restricted price caps that AEMO had imposed to halt surging wholesale electricity prices, prompting them to withdraw offers to supply the grid.

The withdrawal exacerbated market conditions that were already tight because of a series of unexpected breakdowns at ageing coal-fired power stations across the grid.

“Coal-fired generation outages reached highs of around 3.6 gigawatts in late April and peaked in June at 4.6 gigawatts,” AEMO said.

“Outages, bidding changes and fuel supply constraints saw black coal generation’s average quarterly output down by 947 megawatts, or 8.5 per cent, from the second quarter of 2021 to its lowest second-quarter output on record.”

AEMO exercised rarely used powers to override the companies’ withdrawals and directed them to fire up their generators to ensure the lights stayed on across the eastern seaboard. This move triggered compensation payments that are recouped by retailers from household power bills. Experts have estimated the total compensation bill will top $1.5 billion and households will pay an average of up to $70 each.

In contrast, gas-fired generation was up 27 per cent from the second quarter of 2021 to its highest second-quarter level since 2017. The increased demand drove wholesale east-coast gas prices to an average of $28.40 a gigajoule, compared to $8.20 at the same time last year.

AEMO’s shutdown of the market was lifted in late June when it was deemed that enough coal-fired power station capacity had returned to service. Treasurer Jim Chalmers has directed the consumer watchdog to investigate if power companies had breached any rules when they withdrew their bids to supply electricity.

This year’s record-high average wholesale electricity prices have begun driving up power bills for Australian homes by hundreds of dollars a year.

Rate changes from electricity suppliers and increases in “default market offers” – the price caps on what retailers can charge those that don’t take up special deals or bundle their utilities bills – are adding to Australians’ worsening cost-of-living pressures as inflation sits at a two-decade high.