Health Minister Mark Butler has ordered a review of private hospital licensing after health funds raised concerns about so-called cosmetic surgery “cowboys” registering their businesses to allow patients to claim on their insurance.

Private Healthcare Australia chief executive Rachel David wrote to Butler to raise her concerns about Cosmos Clinics being registered to receive health benefits after The Age and Sydney Morning Herald exposed a litany of troubling practices. 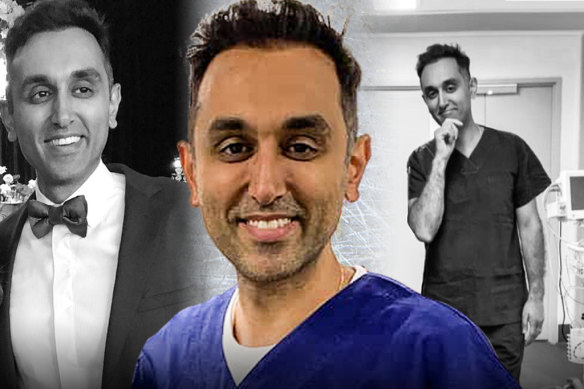 In her letter, David said it was “troubling” that four Cosmos facilities had been approved for second-tier default benefits because this meant health funds were legally required to pay out claims for procedures eligible for a Medicare rebate, and it was also concerning that they had been “declared private hospitals” in the first place.

“This is a public safety issue,” she said.

After meeting with his state and territory counterparts to discuss cosmetic surgery regulation, Butler ordered the Australian Commission on Safety and Quality in Health Care to “immediately begin work to safeguard patients by leading a review of licensing standards and arrangements of private hospitals, day procedure centres and clinics where cosmetic procedures are performed”.

The commission has also been asked to develop “national standards for the safe delivery of high-quality cosmetic procedures”, at the same time as the Australian Health Practitioner Regulation Agency works on a new accreditation pathway for cosmetic surgeons.

While health funds pay only for surgery that is medically necessary, cosmetic surgery procedures can be covered in specific circumstances, such as breast reductions and reconstructions for cancer patients, stomach-stapling surgery to treat obesity and nose jobs to alleviate breathing problems.

Under the system of second-tier default benefits, insurers have to pay 85 per cent of the contracted price for Medicare-eligible private hospital treatment even if they do not have a contract with the hospital.

Because claiming for private health funds is largely automated, there is no routine process for checking whether surgeries were medically indicated.

It is not suggested that Cosmos Clinics encouraged patients to inappropriately claim on private health insurance.

David said the current system was operating “as a hospital subsidy scheme, rather than ensuring patient access to quality health care” and questioned why Cosmos was a Commonwealth-declared private hospital.

“Something has clearly gone wrong with the approval process,” she said.

“No facility should be declared a hospital by ticking a box. The facility needs to be inspected and subjected to ongoing monitoring … Health fund members’ money should be funding quality health care in quality facilities.”

Butler said he was “appalled” by the behaviour of cowboy surgeons taking advantage of unwitting patients with “devastating consequences”.

“I want to see action that gives Australians confidence that if they’re undertaking treatments, that the treatments are being performed by people with appropriate qualifications in appropriately licensed hygiene facilities,” the minister said.