If there is one thing you can take away from Latin American cultures, it’s that food is everything. Cooking by its very nature showcases how a culture operates, what is important to them, what foods are available, gender roles, shared signs and symbols, as well as the formation of cultural identity and social cohesion.

What someone eats also gives us a snapshot of time and place while giving us a look into how foods change and shift throughout history. Latin American food, for example, provides a glimpse into how cultures and flavors meld together with history. Culinary traditions all over the Caribbean and Central and South America are a testament to the biodiversity in the regions and also tell the interwoven stories of Asian, African, Indigenous, and European cultural transmission.

Food is already the glue that holds Latinx traditions together, and Fiestas Patrias, i.e. celebrations of independence, are truly the expression of everything that tastes good in any given country. Street processions and parties aside, Fiestas patronales are a reason for families and friends to get together and celebrate not only their independence but the food traditions that have been passed down through generations.

Traditional Indigenous cooking is a major influence in nearly every Latin American dish. The ingredient pillars — corn, beans, and squash (also known as the Three Sisters) — were grown together as a way for each plant to support the other: the corn serves as a pole for the beans, the beans create nitrogen and strengthen the corn against the wind, and the squash prevents moisture in the soil from evaporating and improves crop survival in dry months. Much like the ingredients in the Latin American kitchen, the origin stories, too, have a symbiotic relationship where food and history meet.

Here, we’re breaking down the most common foods (and their unique variations) that are served throughout Latin American countries for Fiestas Patrias, along with their cultural contexts. Use this guide as an inspiration for your own celebration, or take a moment to connect to the dishes that shaped your experience. 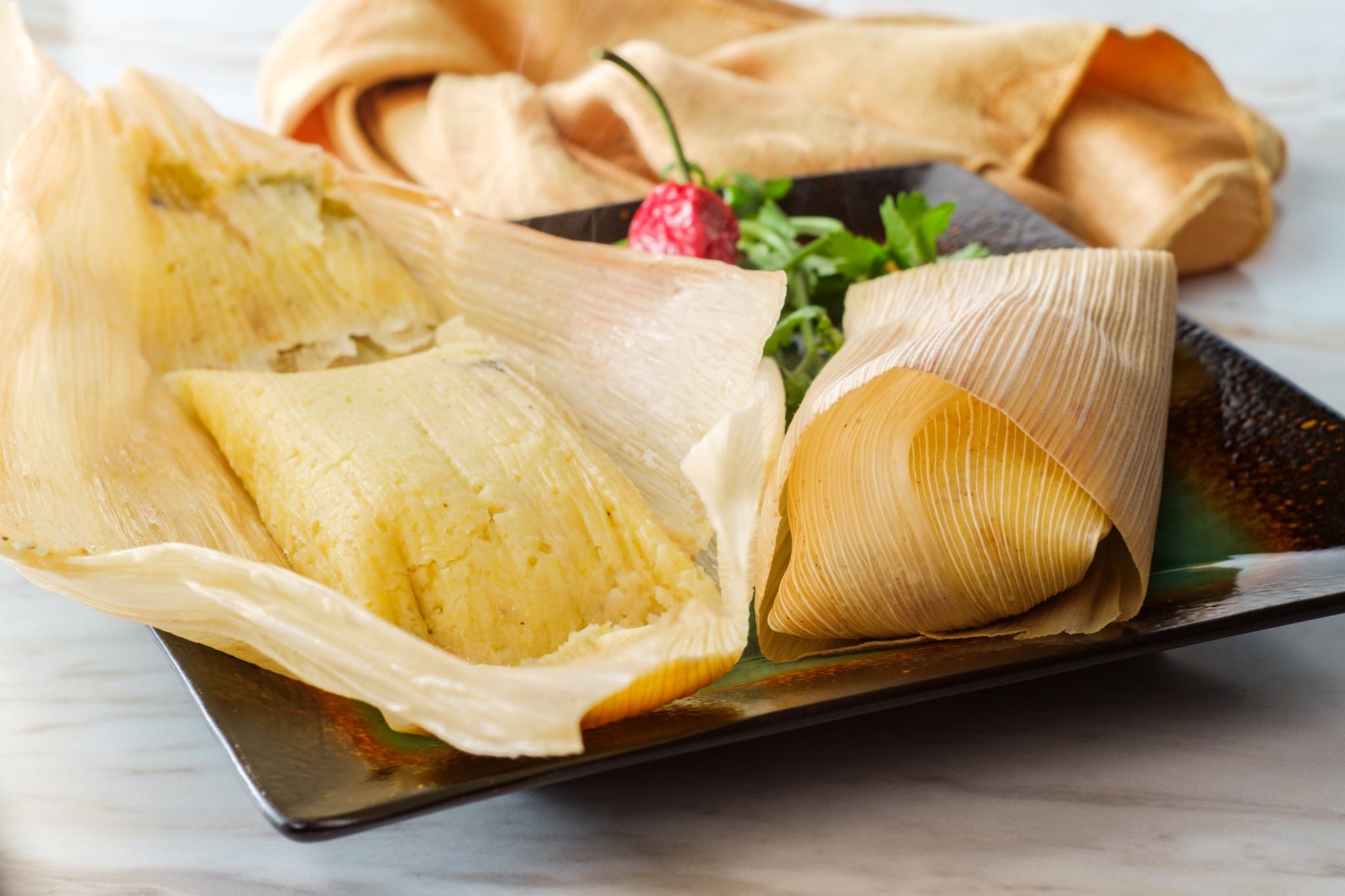 It’s no surprise that one of the most popular dishes all over Latin America comes in the form of tamales. Every country has some version of a steamed cornmeal “dumpling” wrapped in either corn husk or banana leaf. Tamal comes from the Nahuatl word “tamalli,” and the tamal dates back to 8000 CE; originally, it was a form of honoring the Gods during specific moon phases, seasons, and spiritual celebrations. When the Spanish invaded, they introduced meat- and lard-heavy dishes to Latin America, and the impact spilled over into traditional meals that typically had no — or used very little — animal ingredients. To this day, the tamale is an enduring representation of the intermeshing of European and Indigenous gastronomy.

In Mexico, tamales are reserved for religious celebrations and typically contain shredded meat or cheese with some type of a salsa, while in places like Peru, they’re more of an everyday food and come in many different variations of meats and doughs. “Tamales criollos” (Criollos were Spaniards that were born in the colonies) contain meat, egg, olive, peanut, and aji (peppers) miraso or amarillo. And while not all countries prepare them specifically for Fiestas Patrias, the ones that do have preparations unique to their region.

Humitas are another celebratory dish similar to tamales and are a favorite of Independence Day celebrations in Chile, Peru, Ecuador, Argentina, and Bolivia. Like tamales, they also vary in preparation — some are held together with corn husks, while others use a banana leaf. The consistency of the corn meal can range from tamale-esque to a corn mush with basil. 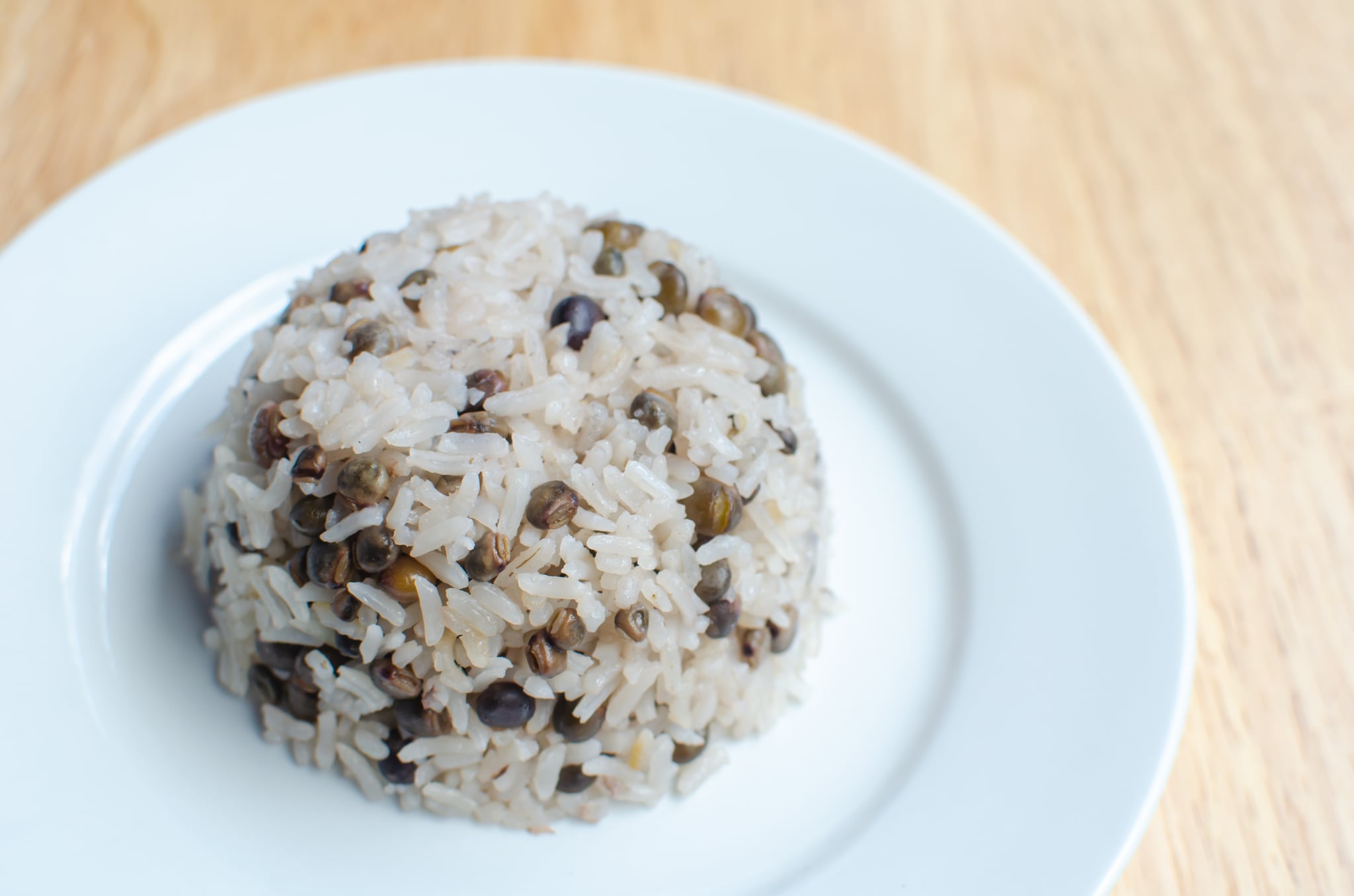 Rice is a staple of Latin American cuisine, and it’s the best example of how food connects Latinx people to the rest of the world — Asians, Africans, and Europeans all brought rice to Latin America. There are also many varieties of indigenous wild rice. Enslaved people had an important influence on New World rice cultivation since many came from regions that already grew rice and were familiar with how to grow it.

It would be a rare sight in Latin America to have any type of party without rice, and for Fiestas Patrias, there are so many delicious rice variations. In Panama, they celebrate with arroz con pollo, which is typically rice with seared chicken and various vegetables, similar to Spanish paella. Arroz con pollo is a dish every country and region has its own take on, and it’s yet another reminder of how food travels and is indicative of the long history of Moorish influence in España.

Arroz con gandules is a rice made with sofrito, pork, and “pigeon peas” and is a staple of Puerto Rican and Dominican kitchens. Gandules, or “pigeon peas,” originated in India but were likely developed in Africa and then brought to the Caribbean during the colonial era.

Fiestas Patrias in Argentina typically include locro, a popular dish made of various pork cuts, beans, squash, potatoes, and corn, topped with a roasted salsa. The stew of Quichua origin — who called it “luqru” or “rucru” — changes slightly according to the tradition of each Argentine province, but overall, this is one of the many dishes in which the introduction of meat by the Spanish made it a uniquely post-colonial entree. 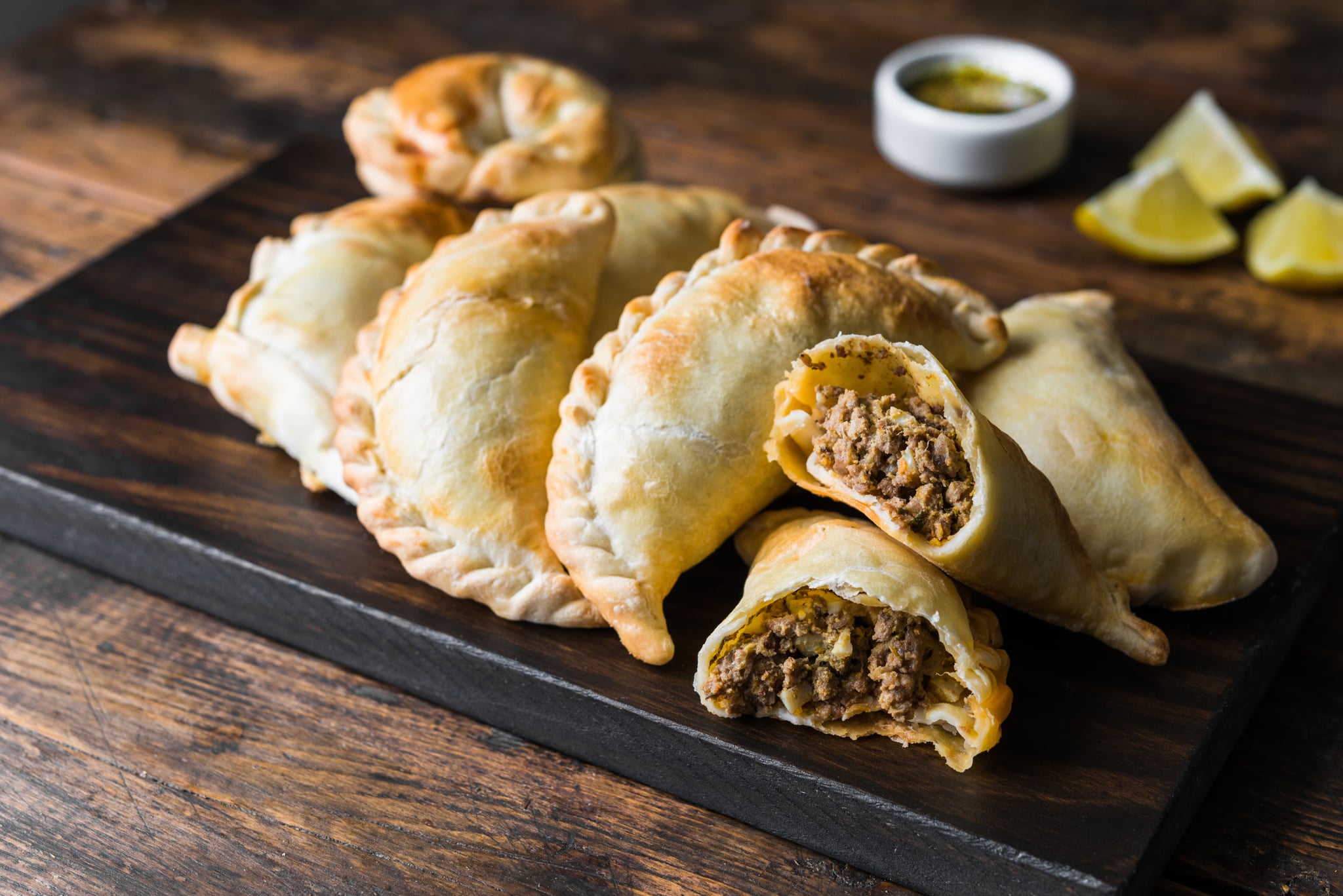 Empanadas are one of the most ubiquitous colonial-era dishes loved by Spaniards and Criollos that eventually became a part of every country’s national cuisine. Empanadas have their origins in Galicia (Spain) and Portugal. A Catalan cookbook published in 1520 mentions empanadas filled with seafood as well as various fillings of Catalan, Italian, French, and Arabian origin. All over Latin America and in the Philippines, empanadas have become a staple dish and a go-to for Fiestas Patrias.

Empanadas range from sweet to savory and can also be called pastelitos. No Dominican celebration is complete without deep-fried pastelito filled with ground beef, onions, and peppers, mixed with chopped boiled egg and raisins. In Chile, empanadas are a popular street food that are considered the national dish. They can be filled with anything from seafood to cheese, but the most typical Chilean empanada is filled with “pino,” which is a combination of ground beef, onions, olive, bell pepper, and hard-boiled egg.