Hilarious photos show cats resting in the unlikeliest of places

Time for a cat nap! Hilarious photos capture pets taking a rest wherever they can fit – from a mixing bowl to a steering wheel

Cats are known as some of the most elegant creatures in the animal kingdom, thanks to their good looks and grace.

But as these images, shared by people from around the world and collated into a gallery by defused show, they aren’t always the picture of decorum.

Thanks to cats’ love of laziness, they can often be found squashing or draping themselves in, around, and on the most unlikely of places.

Among the photographs, one shows a feline sitting in the bowl of a kitchen mixer, while another shows a moggie nestled into a car’s steering wheel.

Here, FEMAIL rounds up some of the strangest place cats like to sit… 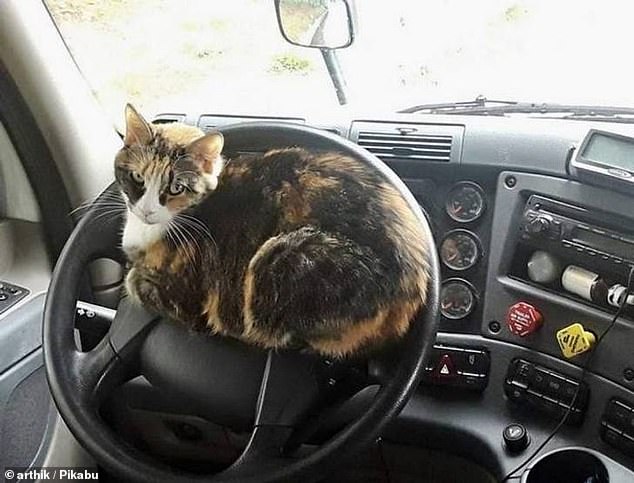 This Russian moggie has tucked herself into the steering wheel of a car – and if the look on her face is anything to go by, she has no plans of moving 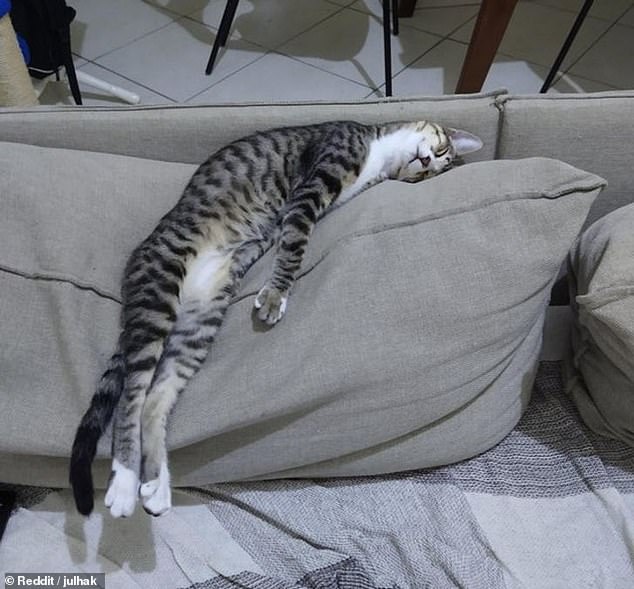 Ok, so the sofa is a perfectly normal place to snuggle. But usually one sits on the seat, rather than flinging oneself along the top of the cushions… 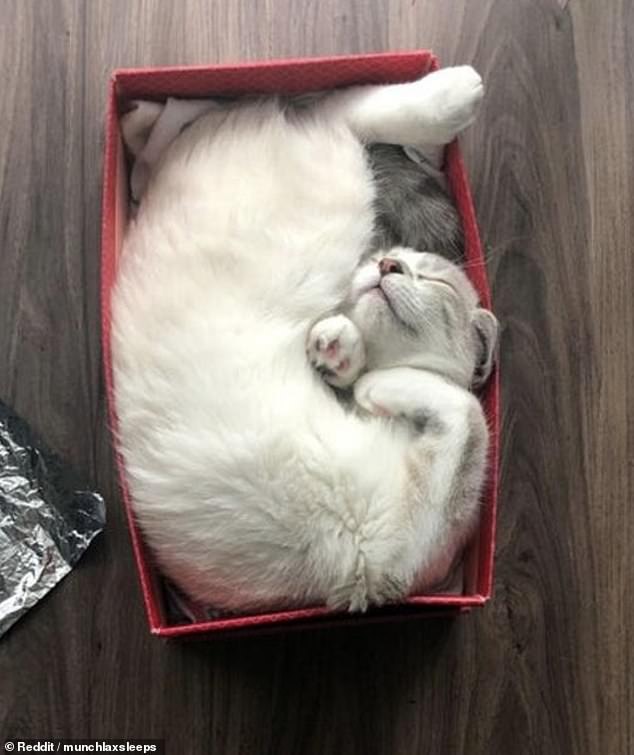 Is that really…comfortable? You just know there is a cat bed somewhere in this house, but this furry critter from the US prefers to squish into a very small box 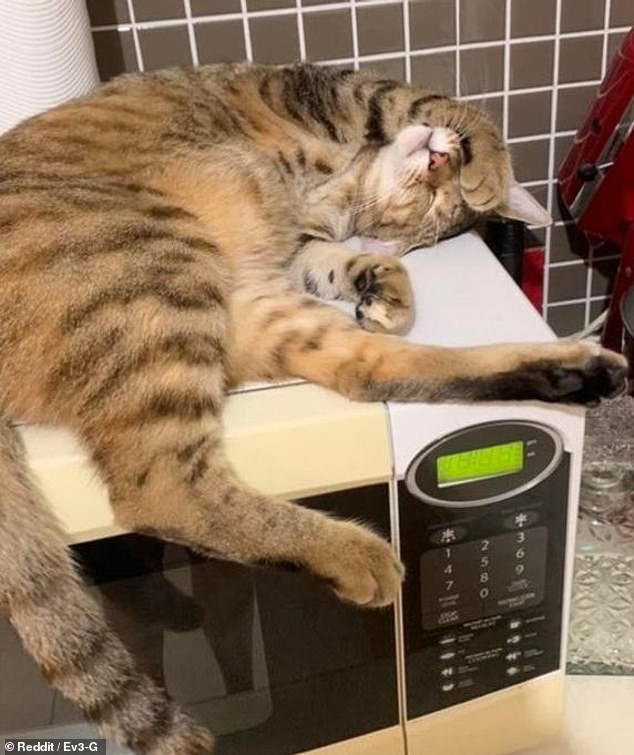 Perhaps the top of the microwave is warm? Because it isn’t soft, big enough, or any of the other things you’d want from a napping spot, although this Australian mog disagrees 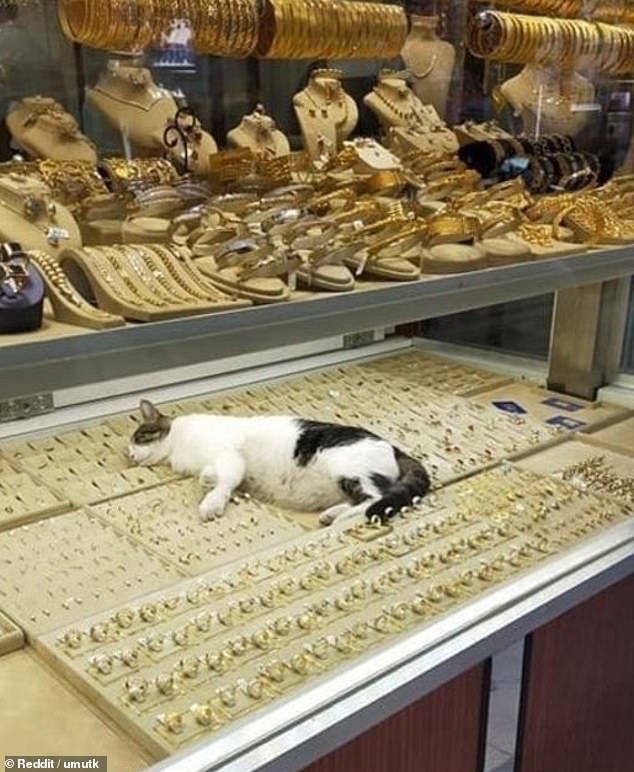 Treasure: this is a cat who knows her own worth, snuggling among gold jewellery to have an upmarket (but deeply uncomfortable) snooze 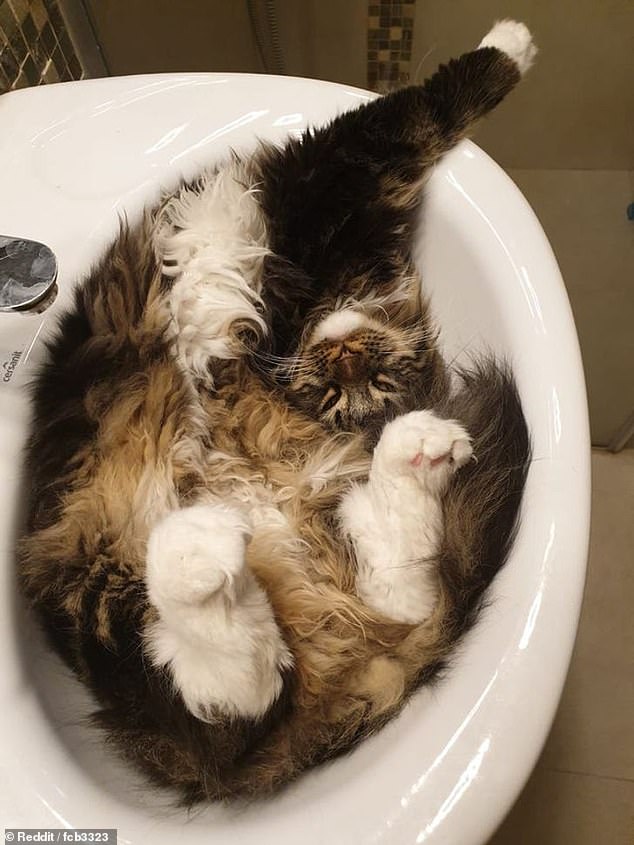 It may be cold, hard, and too small, but this basin is no match for this cat, who’s capable of making a cosy bed out of anything 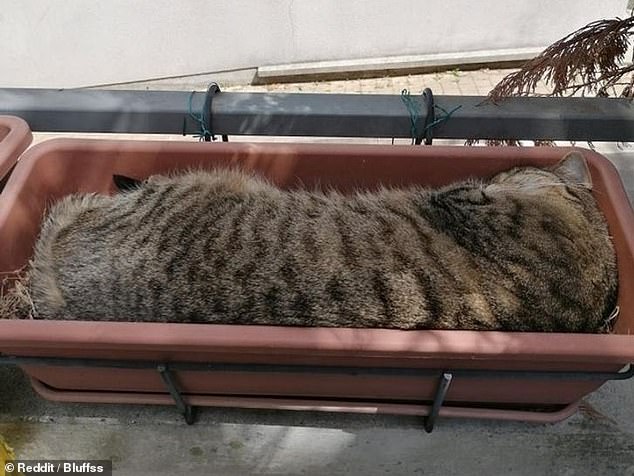 This windowsill planter box offers a contained sun trap for this feline, who is thought to live in France, and who seems contented to stop for a snooze 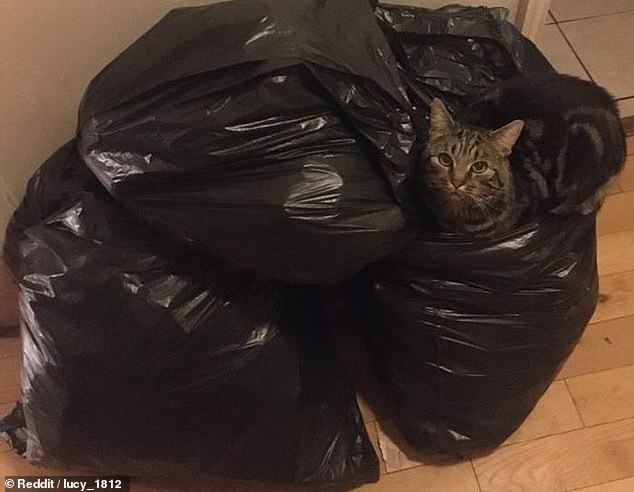 This moggie, thought to be in the UK, looks both oddly regal and defiant at the same time, sitting atop a pile of rubbish bags 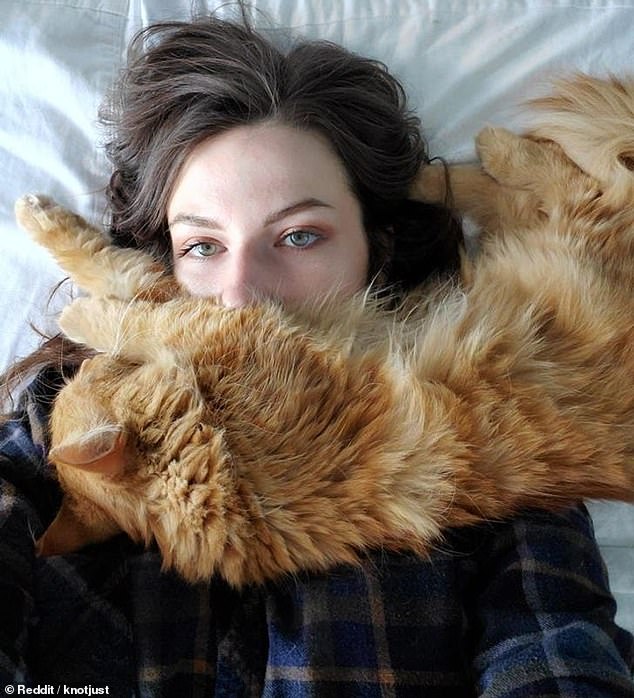 Surely it’s worth getting fur in your mouth (and being stuck under there for a while) to enjoy the affection of this glorious feline, who’s thought to be US-based 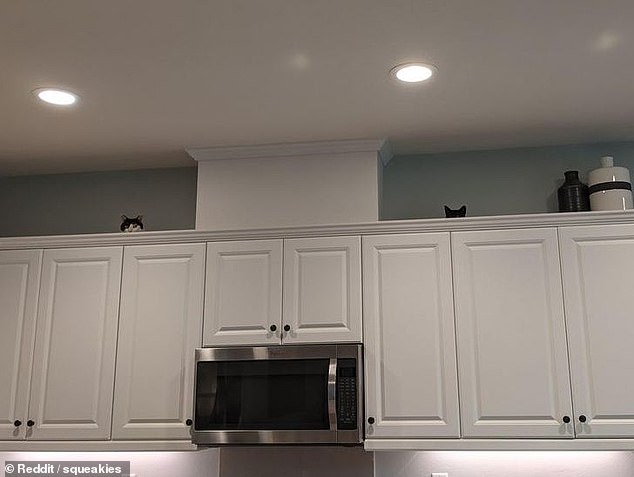 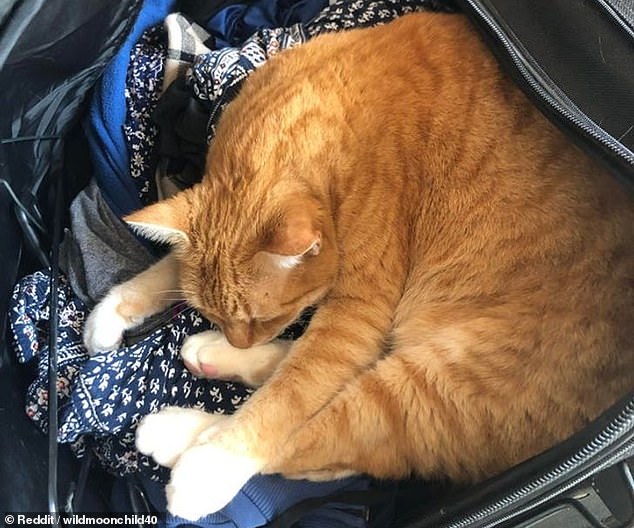 Perhaps this adorable little ginger moggie just really wanted to go on holiday with their humans?