How Covid and a little help from Kate saved my bling shoe dream and led a million-pound business with Kate Moss, Rihanna and Katherine Ryan as customers

Freya Rose Archer’s childhood in Portsmouth was the very opposite of luxurious. When she was ten, her parents split up and she lived with her mother in a house with threadbare curtains and no sofa.

At the age of 15, she left home and stayed with friends, moving ten times in two years. She washed cars or sometimes bought old bangers at auction and sold them on.

Today, her life has been transformed. With a million-pound business making hand-crafted, jewel-encrusted shoes worn by celebrities including Kate Moss, Rihanna and comedian Katherine Ryan, Freya moves in the kind of high-end fashion world of which her younger self could only dream.

Last week, the fabulous success of Freya Rose London was recognised at the Every Woman Awards, where Freya, 42, became the eighth winner of the Daily Mail’s Aphrodite Award, set up to celebrate women who launch a business while their children are under 12. In this, the 20th year since Everywoman was launched to support female businesswomen, the atmosphere at the glittering award ceremony in London was both inspirational and surprisingly emotional. 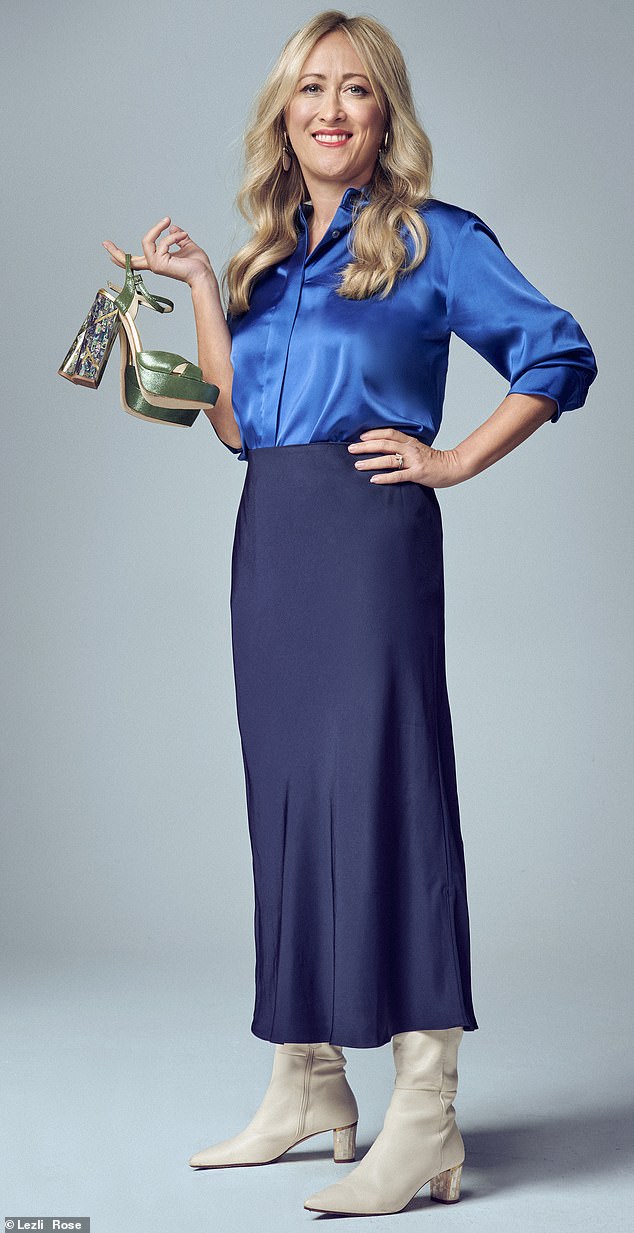 Freya Rose Archer, 42, (pictured) is the owner of a million-pound business making hand-crafted, jewel-encrusted shoes that are worn by the likes of Kate Moss

‘I was so shocked to win,’ says Freya. ‘Founding and building a business as a mother has been incredibly rewarding but also very tough, and getting this recognition from such inspiring women means so much to me.’

If Freya’s designs sound like the stuff of fairy tales — the heels of her shoes inlaid with mother of pearl, their toes covered in silver beads and jewels — the story of her business is equally one of trials overcome and rags turned to riches. It even features a real-life princess…

After school, Freya went to beauty college to learn about make-up, but conceived a love of sculpture and fabric — and shoes — instead. Stunned to get a place at the London School of Fashion, she threw herself into life in the capital, working every spare hour in pubs and shops to support herself.

A job with Dune as a bag and shoe designer followed, and soon she was travelling the world visiting factories and looking for design inspiration.

It was on a trip to Bali, where she watched craftsmen inlay furniture with silver and mother of pearl, that the idea for what would become her signature style began to take hold. ‘I realised I could make a shoe like a piece of art, incorporating jewellery and this beautiful iridescent mother of pearl. I still use those same families of craftsmen in Bali today.’

With a grant from The Prince’s Trust, she struck out on her own in 2010, but soon found herself mired in challenges. ‘I was a single mum to Jonathan by then, and at times living hand to mouth, working on the business when he slept. 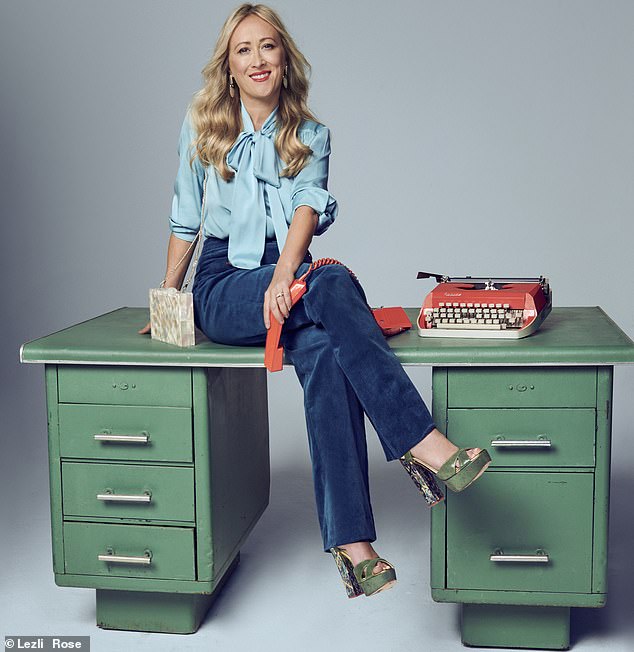 Last week, the fabulous success of Freya Rose London was recognised at the Every Woman Awards, where Freya, 42, became the eighth winner of the Daily Mail’s Aphrodite Award

‘Things kept going wrong. A factory let me down very badly and finance was always very tight. A bit later, my dad became seriously ill and I had to look after him. I had no real knowledge of business practice and no cash buffer.’

Then came the pandemic. For someone who made haute couture shoes for special events, it looked like a total disaster.

‘People weren’t going to weddings, galas or special nights out. The business was well established by then, but it was a hugely worrying time.’

And yet the pause Covid forced was in the end the making of her venture. In March 2020, Freya had two children at home — Willow, now four, had joined Jonathan, now 11 — and was married to husband Matthew, 42, who’s a lawyer.

She had a second brainwave: if women weren’t wearing her shoes to go to weddings, perhaps she could make the jewellery they were starting to wear on Zoom instead. Using the same artistic flair, she designed a range of earrings — bold gold hoops with delicate pearl and crystal drops — for women who wanted to make a statement in a world of masks and WFH.

A month after launch, as the first lockdown ended, the Princess of Wales wore them on her first public engagement outdoors. In fact, she wore them three times in one month. ‘The whole thing went viral,’ says Freya. ‘We were inundated with orders. 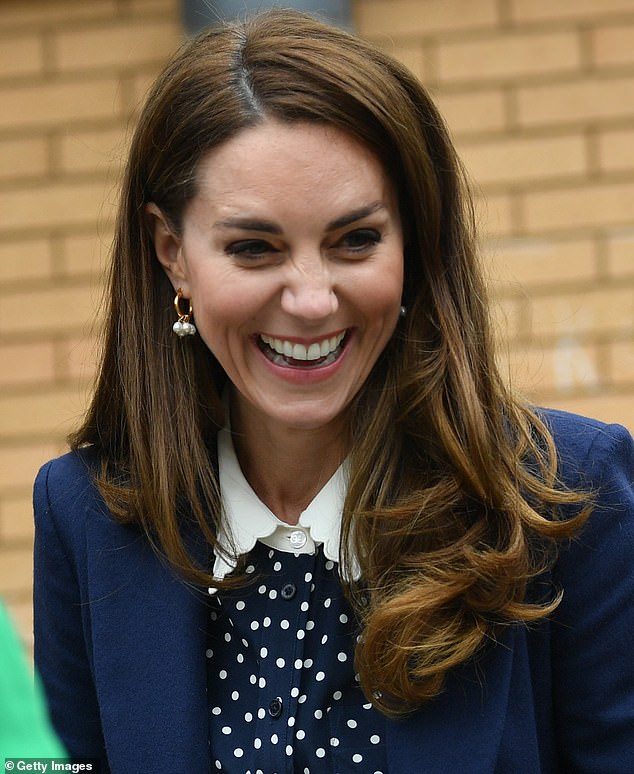 A month after launch, as the first lockdown ended, the Princess of Wales (pictured) wore them on her first public engagement outdoors

‘Nothing and no one can do what she does for a brand. No celebrity has the same effect as her.’

For the first time, Freya had a ‘proper amount of cash’ to invest in marketing the shoe business, and that, too, began to boom. In 2022, with the return of weddings, it’s seen a 400 per cent growth year on year.

Today the jewellery is available online and the shoes are stocked in boutiques across the UK and Europe, including Harvey Nichols and Wolf & Badger. Freya’s designs can be found in bridal stores in Hollywood and New York.

‘People talk about women with imposter syndrome,’ she says. ‘At the start of my business journey, I thought creating a beautiful product was enough, but I quickly learned there was much more to building a brand.

‘My lack of knowledge made me feel very unconfident and I felt lonely, too, within a fashion industry that seemed to be all about connections. I really did feel like an outsider.

‘The more I learned, the more I realised I had to evolve my ideas. I’m tenacious and passionate, and the hard work is paying off.’

The Aphrodite Award merely seals that confidence, she says. ‘I feel as though it’s not just for me, but for all of the mums (especially the single ones, as I and my mum both were) who are brave enough to go out and work hard around their children. Right now, my feet aren’t touching the ground.’