Lest you were in any doubt that bigger is not necessarily better when it comes to gardens, one especially compact inner-city space has just taken out a prize in the gardens category of the 2022 National Landscape Architecture Awards.

Weaving in and out, up and over a single-fronted Victorian terrace house, this garden upends any assumptions that some spaces are just too little, too shady or too all-out against-the-odds to be fashioned into a calming oasis of green. 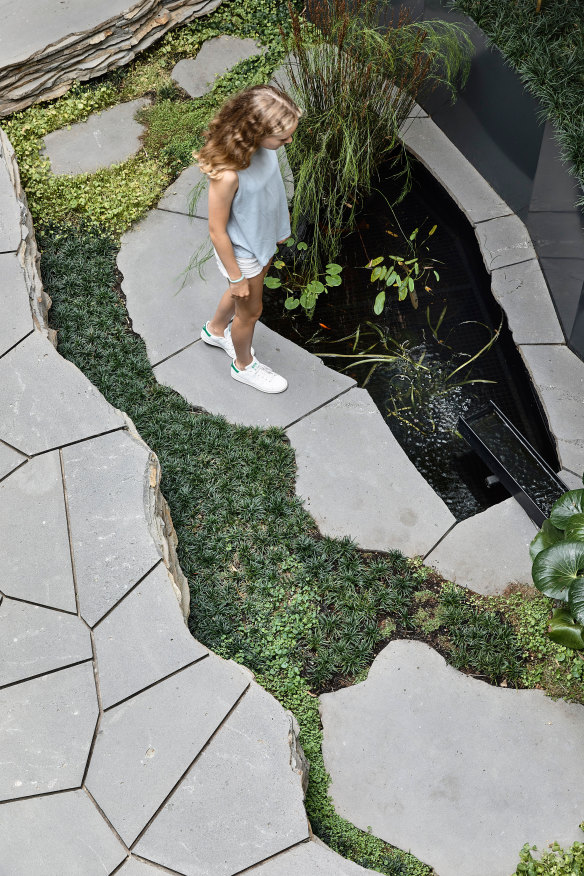 The sunken pond in the middle of the house.Credit:Derek Swalwell

The garden’s designer, landscape architect and horticulturalist Robyn Barlow, says she wanted to create a leafy respite that you could experience as soon as you walked through the house’s front door, which sits mere steps from the footpath.

While house plants might have fitted the bill, Barlow opted for a different route. She planted up a series of outdoor spaces that were integrated into the very architecture of the house.

“Garden rooms” is a much bandied-about term that can refer to even the most loosely compartmentalised of outdoor spaces, but Barlow’s gardens do actually come over as rooms without roofs. It feels no different stepping down to the sunken pond she has fashioned in the middle of the house as it does walking into the kitchen. 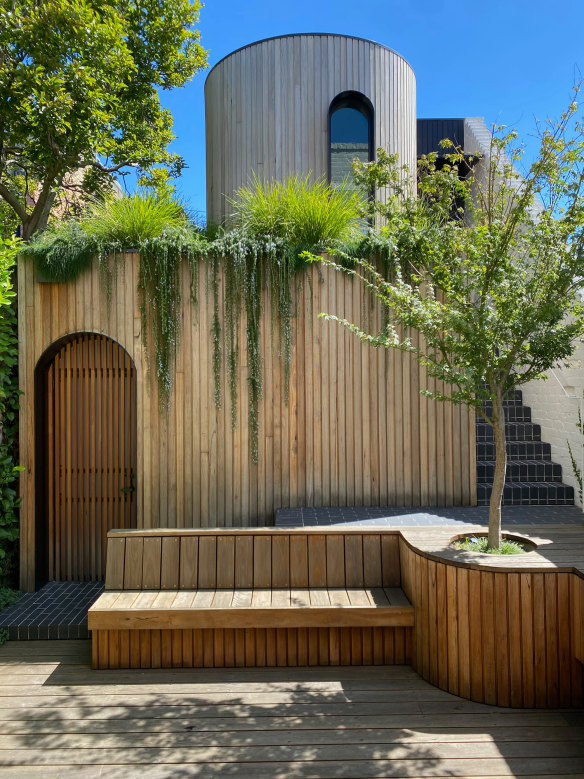 Planting space is at a premium in the rear courtyard.Credit:Derek Swalwell

This pond courtyard, as well as another courtyard at the back of the house, a roof garden and various garden beds that skirt second-storey windows, were all part of the design by Matt Gibson Architecture & Design, the firm that overhauled this Fitzroy residence in such a way that it became lighter, airier and greener than your typical inner-city terrace.

Barlow describes the finished gardens as a collaborative effort between her, Gibson and Bespoke Landscapes, the outfit charged with constructing them. They are a lesson in the scrutiny it takes to make “tiny gardens with a big impact”, as Barlow puts it.

A “beautiful and multifunctional” way of addressing “small, constrained spaces” is how the judging panel of the awards, run by the Australian Institute of Landscape Architects and announced this month, described Barlow’s work at this “Fitzroy Bridge House”. The judges said her selection of plants exemplified how an inner-city garden “can enrich people’s lives while giving back to neighbourhood systems”. 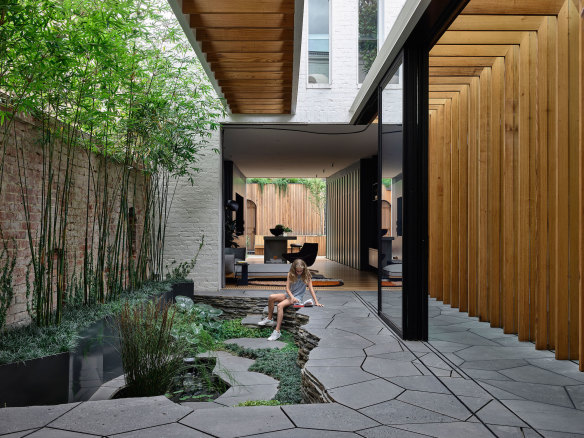 The internal courtyard with clumping bamboo screening the neighbours.Credit:Derek Swalwell

Barlow says the clients wanted a garden with an Asian influence that their young children could effortlessly wander into and out of. They also wanted views of greenery throughout the interior of the house and for some plants to help forge a wildlife-friendly “green corridor” that was starting to emerge throughout the back lane. They also were after some edible plants and, finally, a sense of privacy despite being closely surrounded by other houses.

“Small spaces are much more challenging that larger ones,” Barlow says. “Every detail needs to be considered, and there are a lot more constraints.”

In some spots – in a bed over the top of an underground rainwater tank in the central courtyard, say, she had just 20cm-deep soil. Some of the soil on the roof of the garage was only 30cm deep, while space in the rear courtyard was at such a premium that the garden’s only shade tree – a Japanese maple – has been planted inside a circular cut-out in a bench-cum-walkway that also houses a barbecue. This tree is thriving. 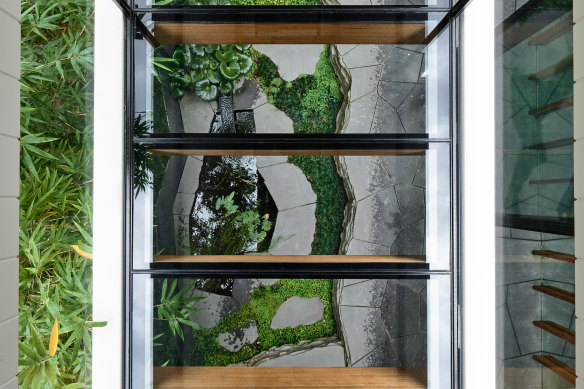 The central courtyard can also be experienced from an overhead corridorCredit:Derek Swalwell

Barlow says she chose plants to cope with the conditions to hand and to work well together – both visually and in terms of their environmental needs. She has also orchestrated maintenance regimes to ensure the plants stick to their allocated spots over the long term.

Three lemon trees are, for example, espaliered flat against a side fence. The clumping Bambusa textilis “Gracilis” in the internal courtyard is slender but tall enough to screen the neighbours and is stripped of its lower leaves to highlight its smooth culms.

The prostrate rosemary and Casuarina “Cousin It” growing – amid an assortment of other plants – on top of the garage haven’t been left to carpet the roof itself but to cascade down a back wall, so grandiosely that you notice them from the front door.

Everything about this garden feels a step removed from the busyness of the surrounding streets. Barlow says the pond, with its water hawthorn and its tassel cord rush, its fish and its running water, is especially useful for creating a sense of escape. “Water is relaxing. It makes you feel calm, it makes you feel good.”

She also likes to choose plants that create a sense of unity and that can include making the most of what happens to be growing in neighbouring gardens, in this instance a large magnolia, the branches of which Barlow has encouraged to extend over the fence.

“There is not a huge variety of plants here but enough to create textural interest,” Barlow says. “The simplicity of the design gives it strength. I do like consistency within a garden.”

So do the Landscape Architecture Award judges.