I spend £700 each on my children for Christmas

I spend £700 each on my children for Christmas but they still feel hard done by – so, what’s the right amount?

A mother has sparked a debate after revealing her children feel ‘hard done by’ for Christmas, even though she is spending £700 on each of them in presents.

TikTok blogger Karen, from Oldham, explained in a video that she combines her children’s birthday presents with their Christmas gifts, but compensates by getting them expensive treats.

After her children complained the arrangement was unfair, she asked other parents how much they were spending on their own children.

Some said they were actually spending as much as £1,000 on each of their kids, while others said they were budgeting £80 to £100 per child on their own broods. Some said everyone should spend depending on what they have, regardless of other families’ budgets.

Karen asked people if they had ‘a rough figure in mind’ for how much they spent on their children’s gifts.

‘Because my kids feel as thought they are being hard done by.’

‘So their combined amount is £500. That’s for their Christmas and their birthday. I am getting them a few extra bits, so it’s going to work out as £700 each,’ she said.

‘How much do you guys spend and for your kids’ birthday?’ she asked.

Commenters revealed they all have different budgets when it comes to festive gifts for their children and their birthdays. 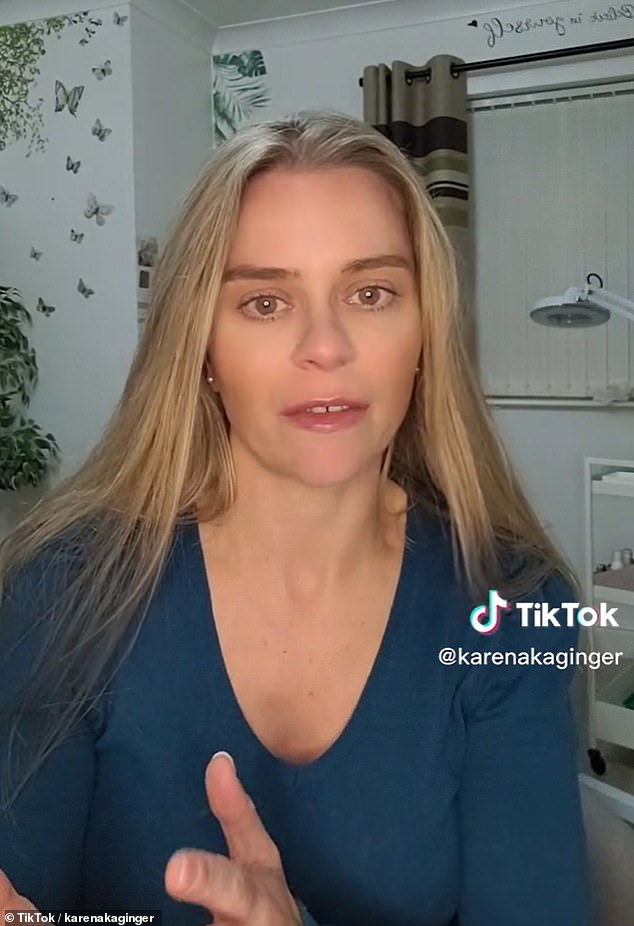 The British TikTok blogger who goes by Karen, explained in a video on her account, that she combines her children’s birthday presents with their Christmas present, but compensates by getting them expensive treats for them 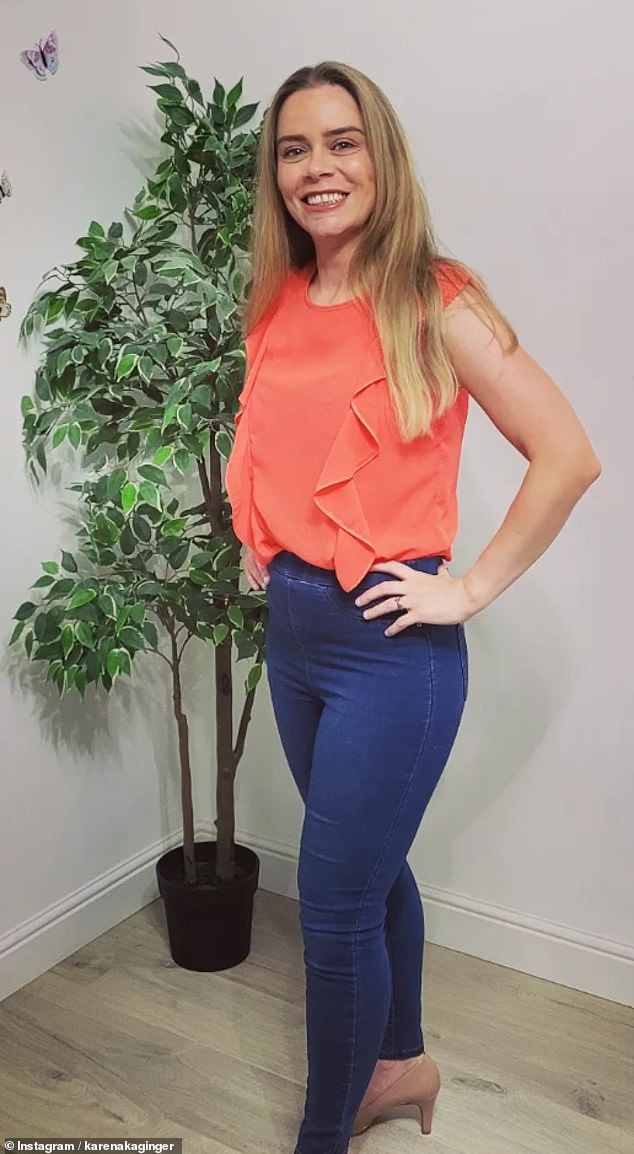 After her children complained the arrangement was unfair, Karen asked other parents how much they were spending on their own children.

‘You spend what you can afford. It doesn’t matter about everyone else,’ one said.

‘I’m going to sound tight, but my kids get £100 each at Christmas and birthdays! mostly cause other family buy for them aswell,’ another said.

‘These comments made me realize again I lived a very privileged childhood and my parents really spoiled me . I was very lucky,’ one added.

‘As an aunt to six kids I don’t want to think about how much I spent, but each kid no matter the age has all got the same amount of presents,’ another said. 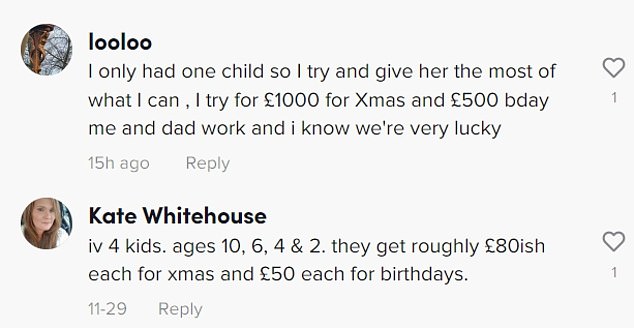 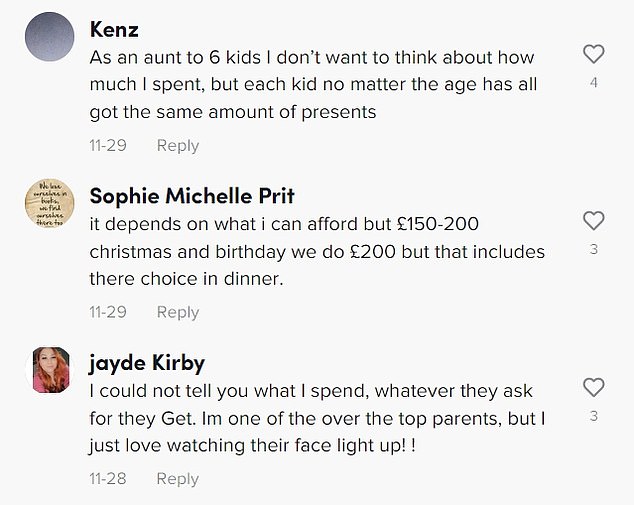 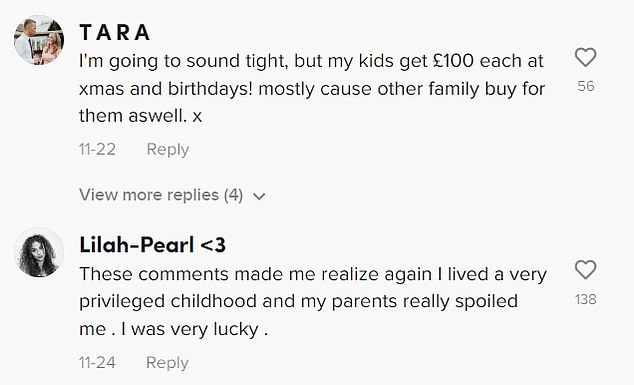 ‘it depends on what I can afford but £150-200 Christmas and birthday. We do £200 but that includes their choice in dinner,’ one parent wrote.

‘I could not tell you what I spend, whatever they ask for they get. I’m one of the over- the-top parents, but I just love watching their face light up,’ one said.

If you enjoyed this story:

Socks a good idea! Woman urges everyone to try the ‘best hack ever’ to avoid slipping on an icy pavement

And Did YOU make fool of yourself at the Christmas party? Reputation manager reveals how to fix things if you got drunk, had a fight or kissed someone you shouldn’t