‘I’m so sick of my face’: The rise of Milly Alcock, from Upright to House of the Dragon 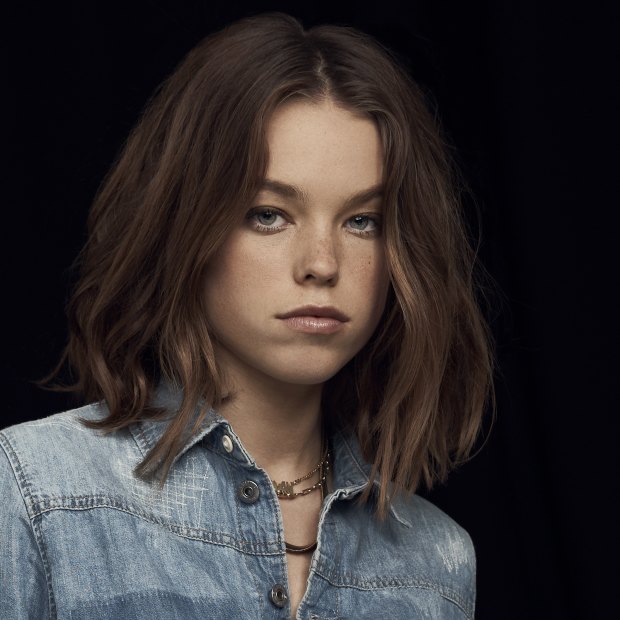 Milly Alcock was just 20 when she was cast in the Game of Thrones spin-off House of the Dragon.

The 22-year-old Sydney-raised actor is speaking down the phone from London, where she now lives, and reflecting on the sudden transition from near-obscurity to international fashion-mag favourite thanks to her casting in mid-2021 in House of the Dragon.

The Game of Thrones spin-off saw her play the younger version of Rhaenyra Targaryen, the princess at the centre of HBO’s mega series, in its first five episodes. And along with the role came the sort of attention – both good and bad – she’d never had to deal with before.

“It’s a weird relationship you have with you as a person and then you as your public image,” she says. “You have to separate the two. But you have to do it [the public exposure] because it helps you get more work, and I’m trying to use this high that I am on to be seen, so then I can do the work I really want to do. But it’s not my favourite thing.”

Prior to House of the Dragon, Alcock was best known for her starring role opposite Tim Minchin in the Foxtel dramedy Upright. She was nominated for an AACTA award in 2019 for her turn as Meg, a 13-year-old pretending to be 16 who crashes the ute she is driving through the desert into the rental car Lucky (Minchin) is using to tow a piano to his dying mother in Perth.

Alcock was 18 at the time; now, in season two, she’s playing Meg at 17, still a fierce and feisty bundle of surprises and demands and emotional needs that she can neither express nor fully suppress, no matter how tough she acts.

First time around, Alcock had just dropped out of year 12 with three months to go because to finish would have meant sitting exams at different rural schools across the country while making the show “and it just really didn’t make any sense to be doing that”.

“I felt out of my depth and overwhelmed,” she continues, “and that feeling apparently never goes away. But it was a life-changing experience, to say the least.” 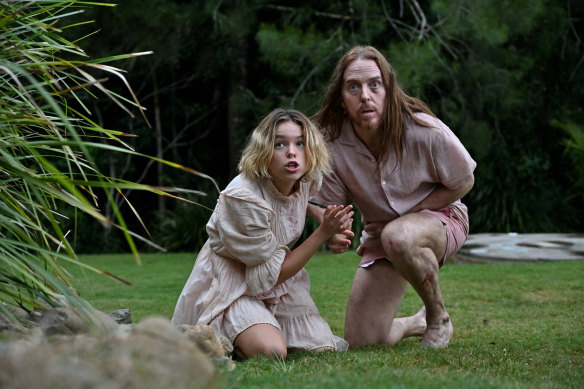 Alcock as Meg with Tim Minchin as Lucky in season 2 of Upright.Credit:Foxtel

Does that mean you see her as some kind of a role model?

“No, because when you play people you can’t look up to them. You have to humanise them, you have to really go into all their flaws and what makes them them, what makes them human, and what they’re trying to hide from everybody else. You can’t aspire to be the people you play, because that takes away their humanity.”

In the new season, Meg and Lucky venture north, deep into tropical Queensland, in search of the mother who skipped out on Meg when she was just a baby.

They filmed the series in April and May of this year, and Alcock admits she found the going hard at times.

“It was a tough shoot. We had the floods, I had been home for two weeks and then I went straight onto Upright so my head was spinning.”

But in Minchin – who is also one of the writers and producers of the series, which was created by The Chaser’s Chris Taylor – she feels she has far more than a colleague.

“It was really lovely to have someone I’m very close with and can trust, and [to whom I could] say, ‘you know what, mate, I’m not OK today, I’m not feeling great, I’m gonna need your help here’. It was always lovely to have Tim around.”

When she landed in London for Dragon, she didn’t have anyone to lean on. “It was at the height of the pandemic and I didn’t know anyone and I couldn’t really go out to meet people,” she says. Luckily, she got on with her castmates. 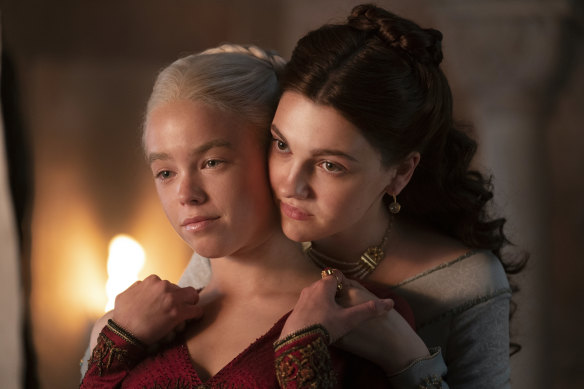 As Rhaenyra in House of the Dragon, with Emily Carey as young Alicent.Credit:HBO/Foxtel

“It’s kind of like a big school camp,” she says of the production bubble she inhabited for so long. “You go through so much together, you bond over the pain and the joy and the loss of it. I didn’t know TV could be made that way on such a scale, and I felt very much like a fish out of water.”

“Oh, yeah. It was very enjoyable. I had so much fun. It was very challenging, and that made it very rewarding. There’s so much at stake and, you know, the fans, you’ve got to live up to this thing, and it’s like, ‘It’s just me, guys. I don’t know if I can deliver that.’ But it was very fun.”

But the visibility that comes with that – that must be a little hard to take at times.

“Yeah, because you just forget. You’re just you, and you’re getting coffee and you’re in your pyjamas and you’re like, ‘Oh, f—, people are staring at me. I should have worn sunglasses.’

With some serious runs on the board, the choices open to Milly Alcock now compared to just 18 months ago are “worlds apart”, she says. Even so, “there’s always that fear that the rug is gonna be pulled and that everyone’s gonna discover that you’re just you”.

So, what is on the horizon for you?

Is that thrilling or terrifying?

“It’s both,” she says. “It’s terrifying in making the wrong step, but it’s exciting in getting so many to choose from.”

Upright season 2 is on Foxtel from November 15.