In battle of House of the Dragon v Lord of the Rings, which show is king?

Television shows don’t come much bigger than House of the Dragon and The Rings of Power. HBO’s Game of Thrones prequel and Amazon Prime Video’s Lord of the Rings spinoff are among the most expensive TV shows ever made, and industry figures have been waiting to see if the gamble pays off: will they draw big numbers? And which show will reign supreme?

It turns out that finding out the answer is almost impossible, because the metric used to determine which TV shows came out on top – ratings – doesn’t make sense in the current era of streaming.

That doesn’t mean the streamers aren’t watching the numbers with hawk-like vigilance. It simply means they aren’t sharing them with the wider world, except when it suits their interests to do so. Prime and Binge (which has the local streaming rights to House of the Dragon) both declined to share any data for this article. 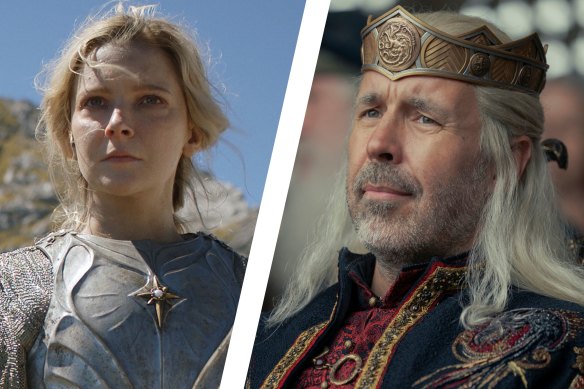 Ring of fire: Is The Rings of Power or House of the Dragon winning the battle of the blockbusters?Credit:Amazon/HBO

The day after it dropped the first two episodes of its most-expensive-series-in-history, Prime trumpeted its success, claiming the Tolkien adaptation had “attracted more than 25 million global viewers on its first day, breaking all previous records, marking the biggest premiere in the history of Prime Video”. In the six weeks since, though, it has been noticeably silent on how it is performing.

HBO similarly hailed the 10 million US viewers who watched the premiere of House of The Dragon on its first day. Locally, Foxtel, claimed the first episode had been watched by 1.235 million viewers across its cable and streaming platforms in its first week, making it “the biggest premiere for any show in history across Foxtel and Binge”. But beyond that, it’s been radio silence.

If social media is any gauge, House of the Dragon is winning the battle of the mega-shows, trending on both Google and Twitter for longer and in greater volume than The Rings of Power (or Lord of the Rings). Interest inevitably spikes weekly as new episodes drop.

The ratings agency Nielsen does monitor streaming services in the US, and while its methodology is not entirely clear its figures are generally regarded by the industry as being pretty accurate. 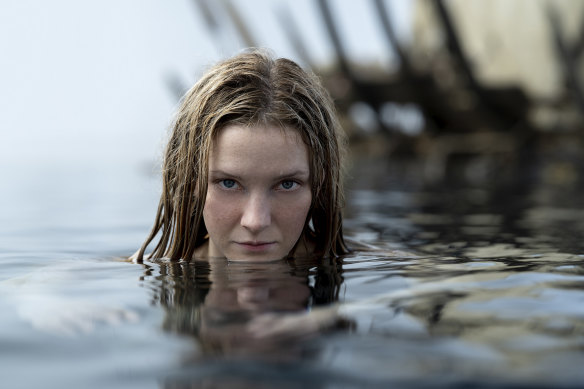 Morfydd Clark as Galadriel, the elf warrior, in Lord of the Rings: The Rings of Power.Credit:Amazon Prime Video

But the total Dragon viewership is much higher than that, as the show is also broadcast on cable via HBO. US trade paper Variety claimed last month that after five episodes the series was averaging 29 million US viewers across all platforms. The final season of Game of Thrones reportedly averaged more than 44 million.

In Australia, Foxtel’s ratings are captured by OzTam’s subscription television audience survey. But it’s complicated because a single episode is broadcast multiple times on multiple channels over the course of a week, and each of those slots attracts its own numbers. Over the course of the following 28 days, each of those slots accrues its own consolidated data for catch-up viewing – those who record the show to watch it later. 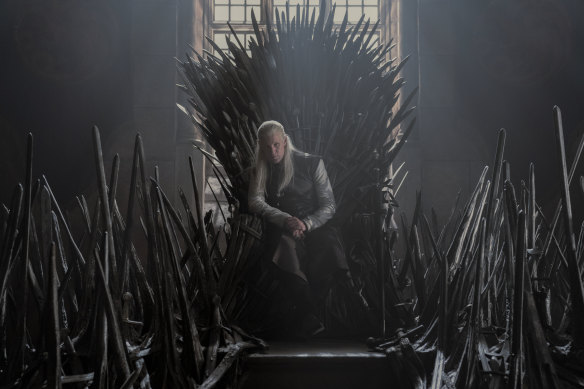 Daemon Targaryen (Matt Smith) tries the Iron Throne on for size in House of the Dragon.Credit:HBO/Binge/Foxtel

Typically, it seems episodes are pulling an aggregated audience of at least 400,000 via broadcast and catch-up over the first month on Foxtel.

Those numbers are separate to the BVOD (broadcast viewer on demand) figures, which is where the people who watch it via the “stream” option on Foxtel see it. Another 200,000 or so watch this way.

And then, of course, there’s the Binge audience, which is not publicly measured at all.

The streamer declined to provide numbers when asked for this story, but executive director Alison Hurbert-Burns said House of the Dragon had become “the biggest premiere of all time” when it launched on the platform last month. “And with week-on-week growth, the series is shaping to be the biggest series of all time on Binge.” (It is worth bearing in mind that Binge only launched in May 2020.)

The bottom line is, unless the streamers tell us, we actually have no way of knowing how many people are watching their biggest shows. And that opacity isn’t just an irritation for journalists – it is a sticking point for content makers who often have little insight into how their shows are performing. And that makes it hard to argue for a better deal.

But all this might be about to change, at least in some small way. The reason? Advertising. The very thing streaming seemed determined to avoid.

The only reason we have ratings at all is so that advertisers can see how many people their messages are hitting, and broadcasters can set the prices for ad time. Transparency and accuracy (within the confines of statistical sampling) are key to the system.

The streamers have traditionally been more concerned with acquiring and retaining subscribers than with the success of individual programs (that’s why their branding dominates their advertising – you’re signing up to a platform, not a show). They have not needed to reveal how many people are watching individual shows because they don’t sell advertising.

On Friday, Netflix announced its new ad-supported option would launch on November 4 at a price of $6.99 per month for the basic option, the same as Amazon Prime Video. In the US, it will be party to the Nielsen ratings system – for its ad-supported tier only – and in Britain its audience figures will be reported by the Broadcasters Audience Research Board.

Netflix has not yet signed up to OzTam in Australia. It is understood that audience data will be collected by Microsoft, which is managing the ad platform including sales.

Sources suggest the data is likely to be made available to advertisers only. The rest of us will be left to guess.